Skip to content
Always look at the date when you read an article. Some of the content in this article is most likely out of date, as it was written on October 18, 2012. For newer information, see our more recent articles. 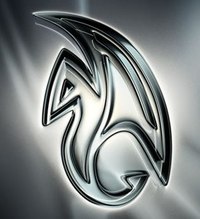 Just like AutoCAD 2013, Maya 2013 does not have any specific features or effects that are GPU accelerated. Instead, almost everything that looks 3D uses the GPU in some manner. You still need to balance a powerful video card with a good CPU and RAM combination, but the video card you use for Maya is an extremely important part of the performance equation.

Using the AutoDesk Certified Hardware webpage, we found that almost every current NVIDIA Quadro and AMD FirePro cards are listed as certified. And just like AutoCAD, no desktop-class video cards (such as the AMD Radeon HD and NVIDIA Geforce) are certified.

In this article, we want to explore the performance differences between a wide range of different video cards, including the current generation AMD FirePro, AMD Radeon and NVIDIA GeForce cards that are not on the certified list. In order to do so, we will be using the SPECapc benchmark for Maya 2012 on Maya 2013. This benchmark is a full system benchmark that tests 3D and 2D graphic performance in addition to CPU performance. This benchmark runs through multiple scenes testing several model types including shaded, textured, and wireframe models.

Since visual aids are a great way to get a feel for a benchmark, we also recorded a single benchmark run using FRAPS to help you get an idea of exactly what is tested by this benchmark:


To test a wide spectrum of GPUs, we tested the following cards (video driver version listed in parentheses). At the moment, neither AMD nor NVIDIA has a specific driver or plugins available for Maya 2013 so just the base driver was used.


We were originally going to test using the Intel HD 4000 graphics that is integrated on the Intel Core i7 3770K, but it caused Maya to freeze on the insect.ma portion of the benchmark. Due to this, we did not include the Intel HD 4000 in our results.

Maya was configured according to the SPECapc readme.txt with two minor changes in order to allow the benchmark to run on Maya 2013. These changes were a simple edit to the bat file (correcting the directory change to reflect the proper location) and manually copying the benchmark script to the Maya2013\scripts\others folder. Other than those two minor changes, nothing was needed to allow the SPECapc Maya 2012 benchmark to run on Maya 2013. 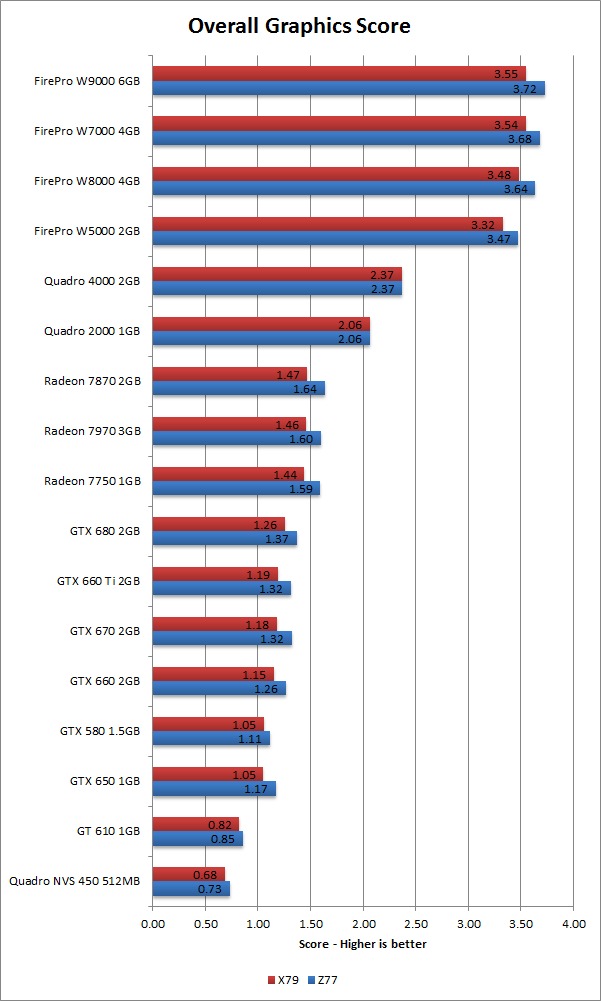 After our AutoDesk AutoCAD 2013 and Adobe Photoshop CS6 articles, our results for Maya 2013 surprise us a bit. Until now, we've seen the NVIDIA Geforce cards dominating our benchmarks, but this time the AMD FirePro cards were the clear winner. Also contrary to our other application benchmarks, both the AMD and NVIDIA workstation series beat their desktop equivalents.

While this article is all about GPU acceleration, we also found some very interesting results in the CPU portion of the benchmark that we feel deserves to be mentioned:


The interesting point here is that almost all of the NVIDIA cards received higher CPU scores than the AMD cards. Even more interesting is that this deviation occurred in the physics portion of the benchmark. NVIDIA has a proprietary physics engine called PhysX that is primarily used for gaming, and it appears that Maya 2013 is able to utilize it to a limited extent. If it was able to fully utilize it, we would expect the scored to be many times higher than they are, so this does not appear to be something AutoDesk intentionally coded into Maya.

Unlike the AutoCAD 2013 benchmarks we recently ran, for Maya 2013 you do not have to choose between speed (with desktop cards) or precision (with workstation cards). Usually, desktop cards have a speed advantage over workstation cards since cards like the FirePro and Quadro series are not primarily about speed. The main advantage of workstation cards is their double precision preformance which allows the card to be many times more precise. As a roughly comparison, consider the difference you would get if you were to compute the area of a circle with pi being just 3.14 versus 3.14159. The difference is small, but it can easily compound over time. In addition, some of the higher end worstation cards use ECC memory for their video RAM which greatly increases reliability.

The difference with Maya 2013 is that the drivers have been very carefully tuned to get the best possible performance for exactly the type of things that are being done in Maya 2013. 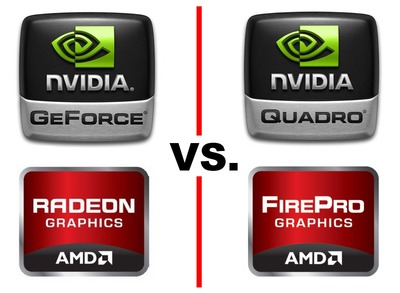 
Unlike other software like AutoCad or Premiere, you will be giving up a lot of performance if you decide to go with a desktop card from the NVIDIA Geforce or AMD Radeon series. Of course, it you are primarily using software that does better with those cards and are only lightly using Maya 2013, those cards may still be the better choice. But if you are only concerned about Maya 2013 performance, you simply can't beat the performance of the AMD FirePro W-series cards.