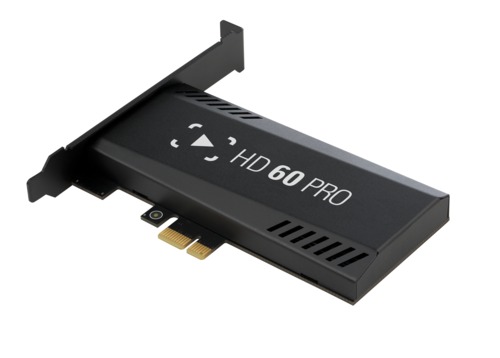 The Elgato HD60 Pro is a HDMI capture card. It works by sitting between the video source and the monitor or TV to which it is displaying - so it has HDMI input and output ports for those two connections. It can both record and pass through video at up to 1920x1080 and 60fps (sometimes shortened to 1080p60). Elgato includes their own software, but this card also works well with popular applications like Open Broadcaster Software (OBS) and XSplit.
Model: Elgato HD60 Pro