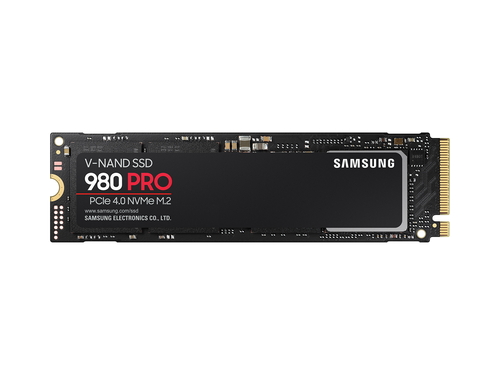 Samsung's 980 Pro line of solid-state drives is their fourth generation of retail M.2 form factor SSDs, and the first to support PCI-Express 4.0. That new interface version allows for greatly increased maximum transfer speeds, potentially as much as double that of previous generations. This specific 500GB model has sequential read speeds of up to 6.9GB/s with write speeds up to 5GB/s.