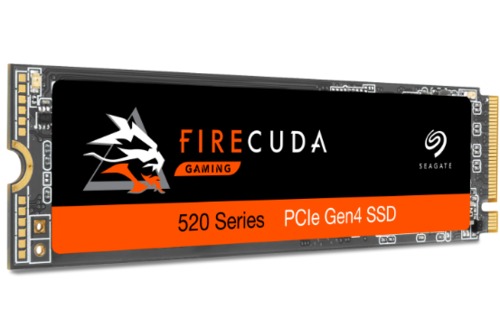 Seagate's Firecuda 520 Gen4 line of solid-state drives is among the first to support PCI-Express 4. In theory this offers twice the bandwidth that PCI-E 3 provided, enabling faster read and write performance - though in reality those are not fully double the speed of older drives. Still, if you need the fastest data transfer rates currently available then this 2TB model has sequential read speeds of up to 5GB/s with write speeds up to 4.4GB/s.

Please note that because this drive is built to take advantage of PCI-Express Gen 4, we only offer it as an option on systems with motherboards that support that PCI-E standard. For configurations with PCI-E Gen 3, there are other SSDs which will work better with that generation of technology.

Manufacturer
Specifications
Configure a custom computer with this part, or buy Seagate Firecuda 520 Gen4 2TB M.2 SSD from the Puget Store! (In stock)