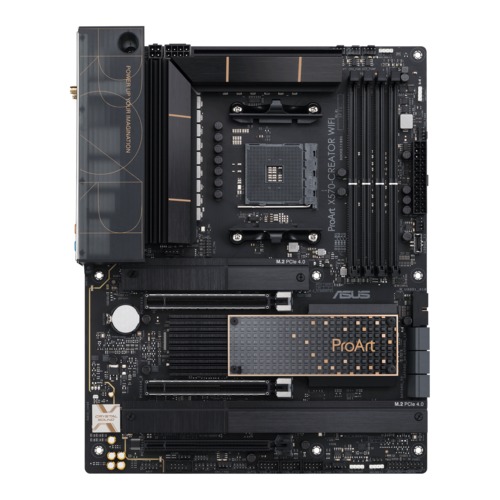 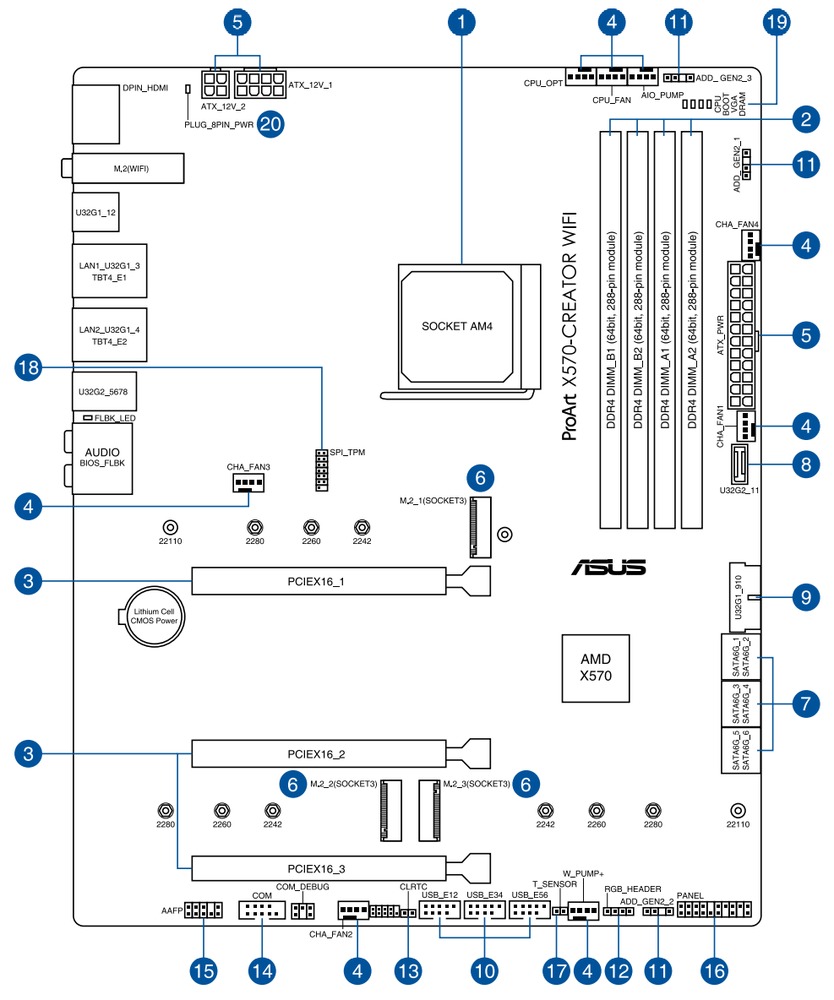 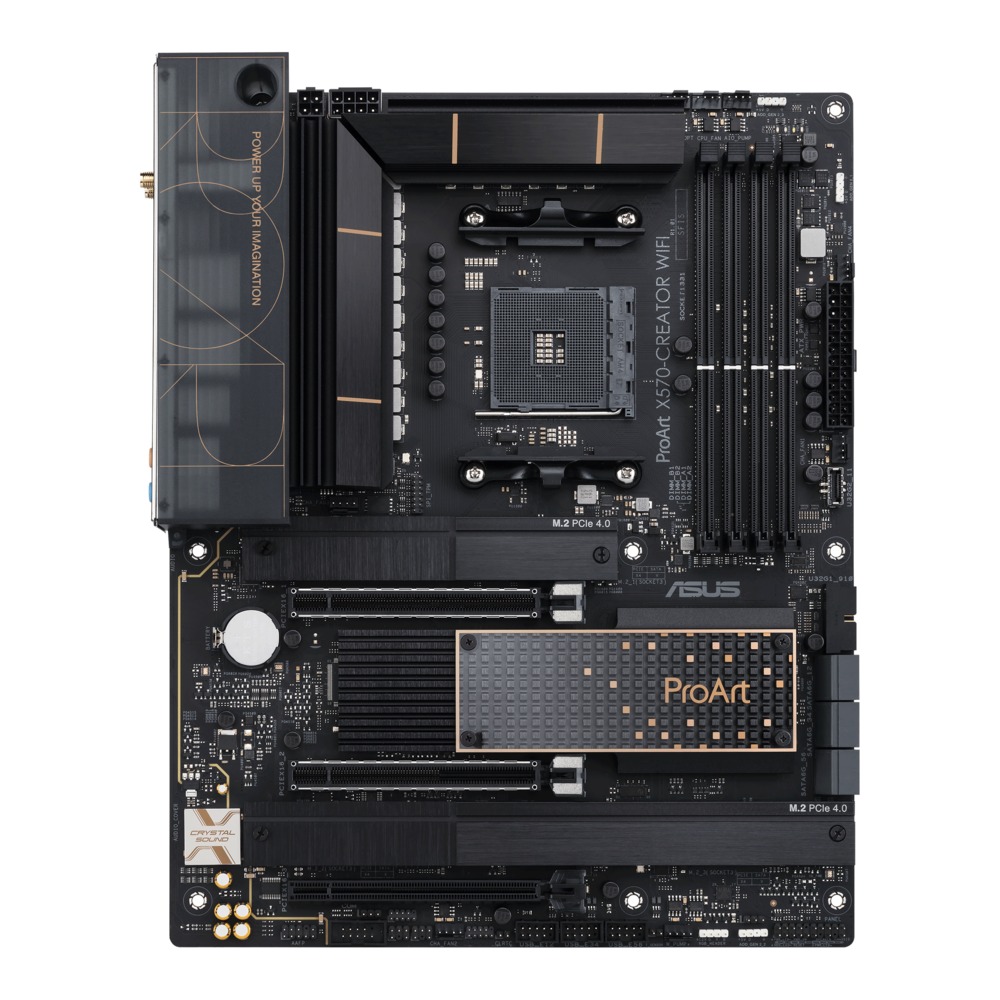 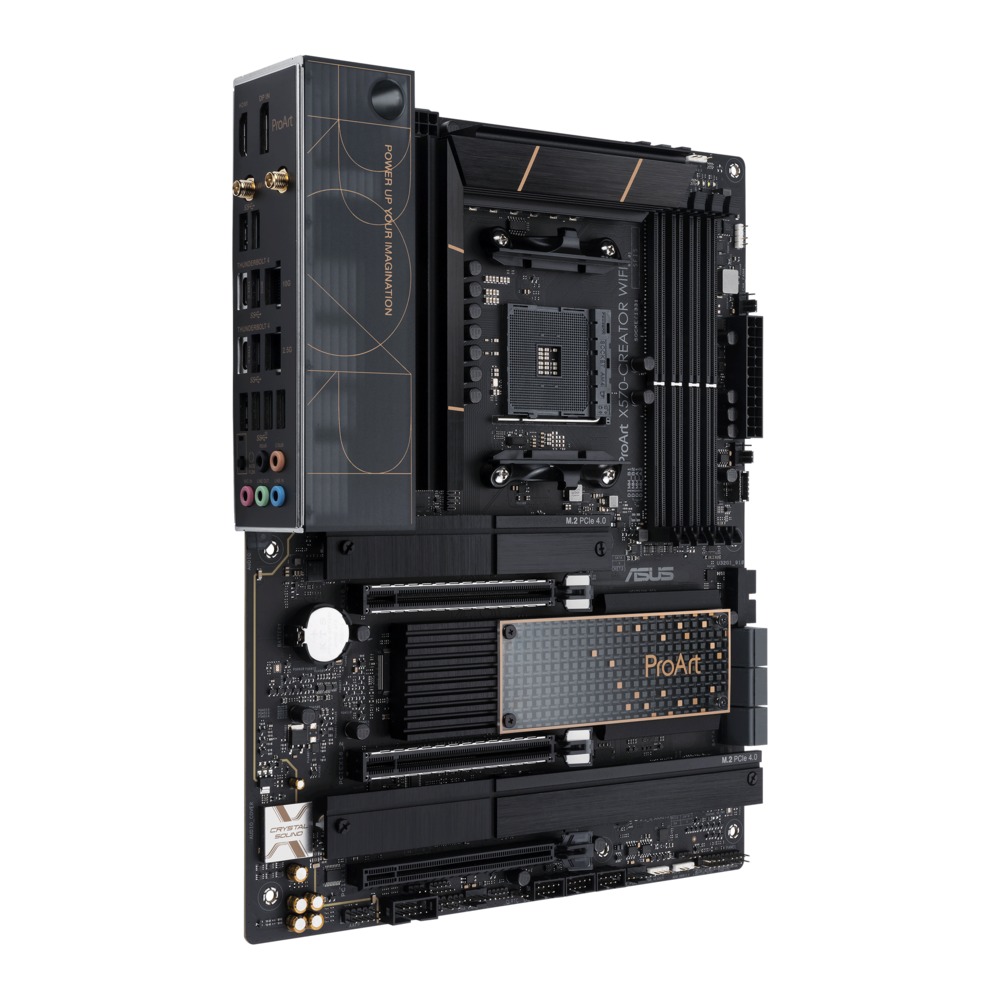 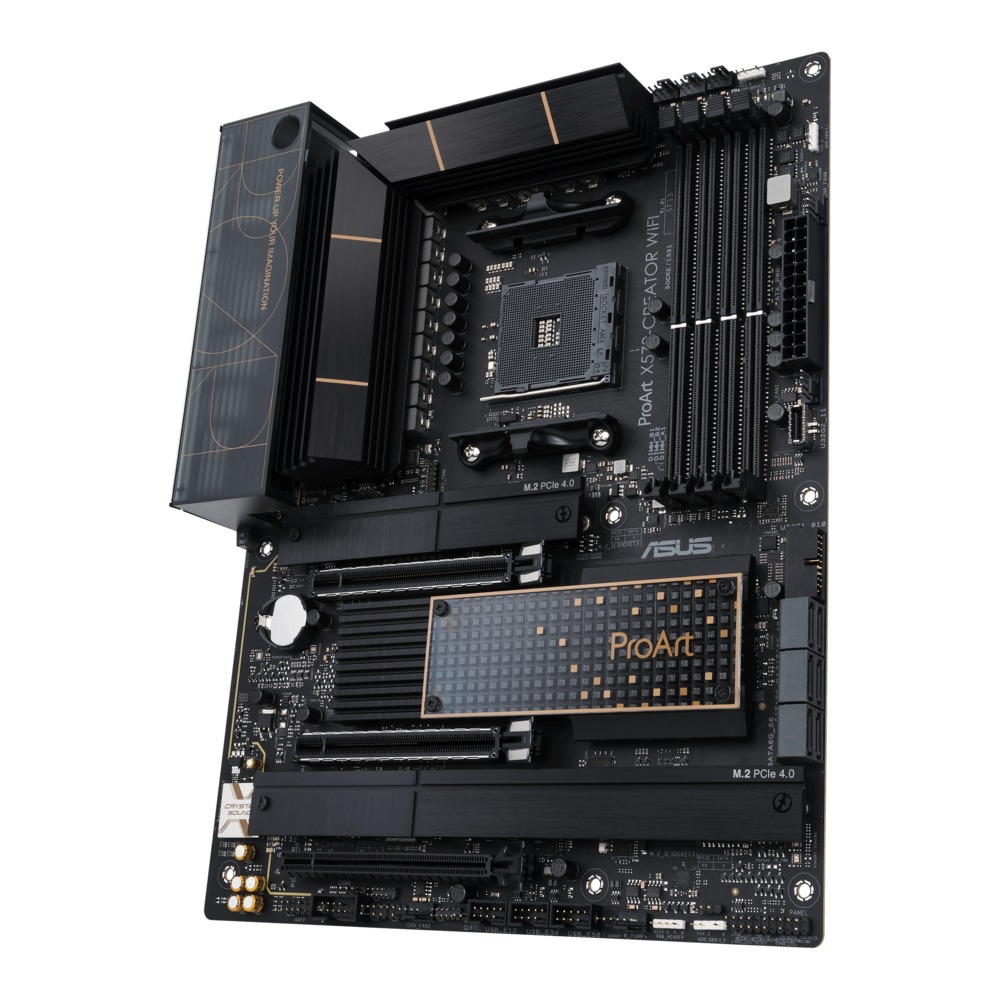 Previous Next
The Asus ProArt X570-Creator WiFi is an ATX motherboard for AMD's 3rd generation Ryzen processors. It offers a great combination of features, I/O ports, and build quality.

In terms of connectivity, this board is well equipped with eight USB 3.2 ports, two Thunderbolt 4 (which two are Type C and can be used as USB ports as well), 2.5 and 10Gbps LAN ports, WiFi 6e, Bluetooth 5.2, and surround sound audio outputs. Because this motherboard supports Thunderbolt, it includes a DisplayPort input on the I/O panel which allows pass-through from the video card to a TB connected monitor. It also has an HDMI connection, but that only functions when a CPU with integrated graphics is used - and we don't offer those in our systems here at Puget, as that feature is limited to the lowest-end processors in AMD's line.

Internally this motherboard has four DDR4 memory slots, supporting up to 128GB of RAM. For storage, there are six SATA III ports plus three M.2 slots - one of which shares lanes with the PCI-Express slots. Speaking of expansion slots, there are three PCIe 4.0 slots are available to handle a variety of expansion card configurations.