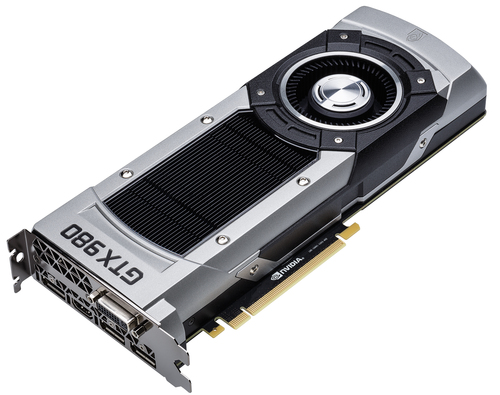 NVIDIA's GeForce GTX 980 is one of the first high-performance graphics cards using their new Maxwell GPU architecture. The main thrust with this new design is efficiency, rather than a big increase in performance. Still, in game tests it matches or beats the previous generation GTX 780 Ti - but at a lower price point. The GTX 980 also reaches that level of performance with much lower power usage and heat output than the 700-series, though: 80 watts less than the 780 Ti at maximum load! That translates directly to lower temperatures and quieter operation.