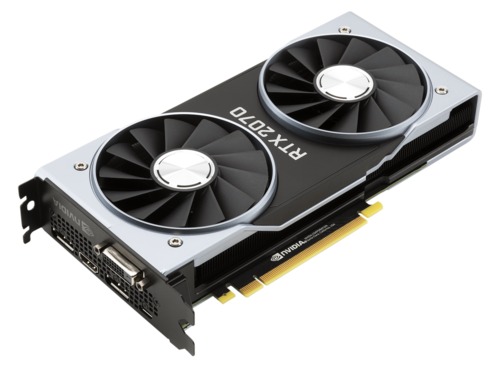 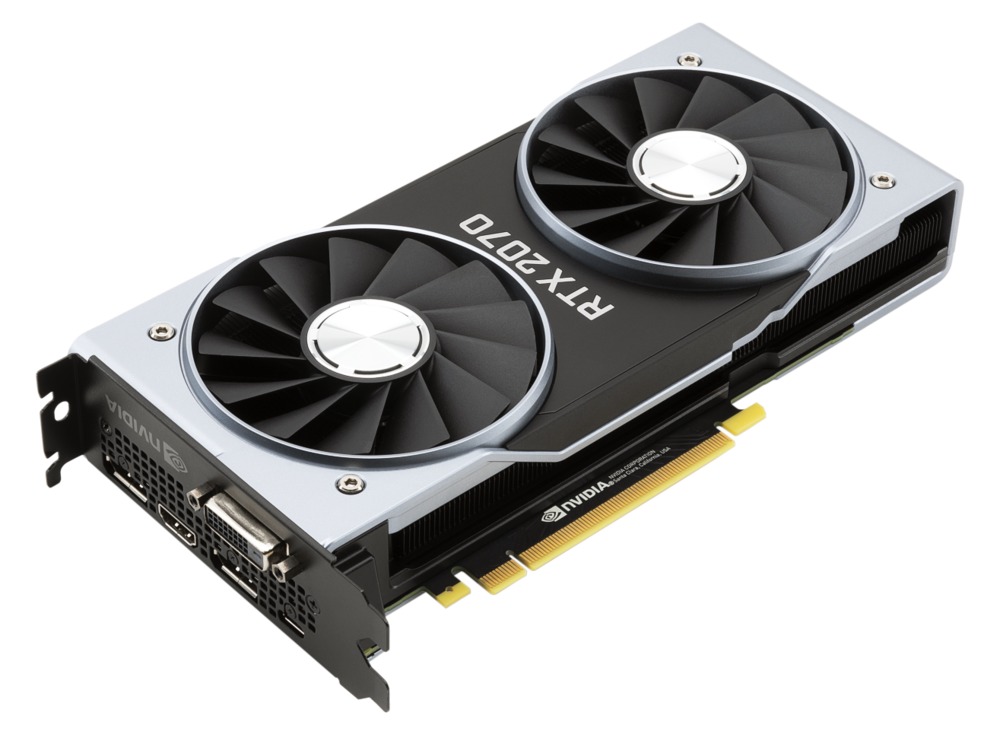 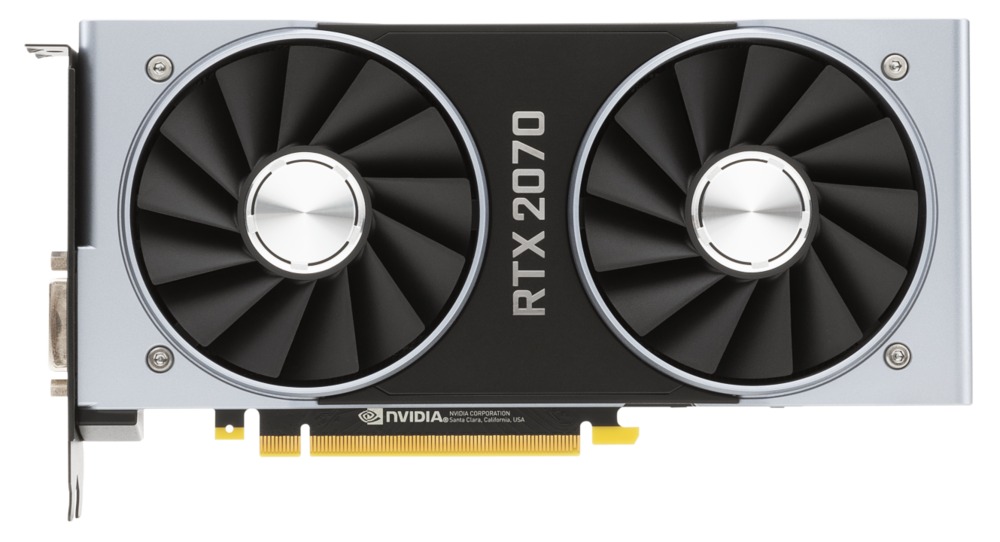 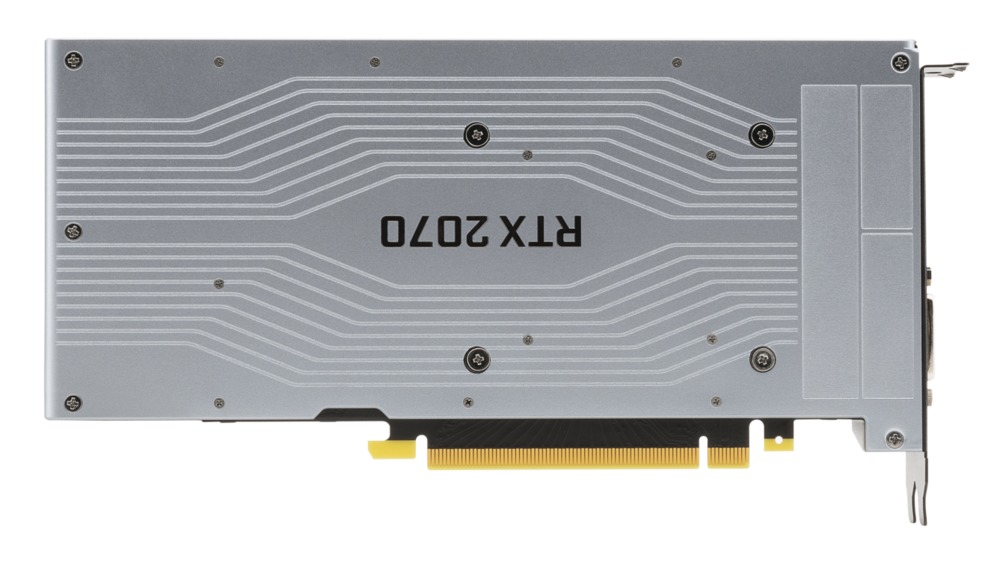 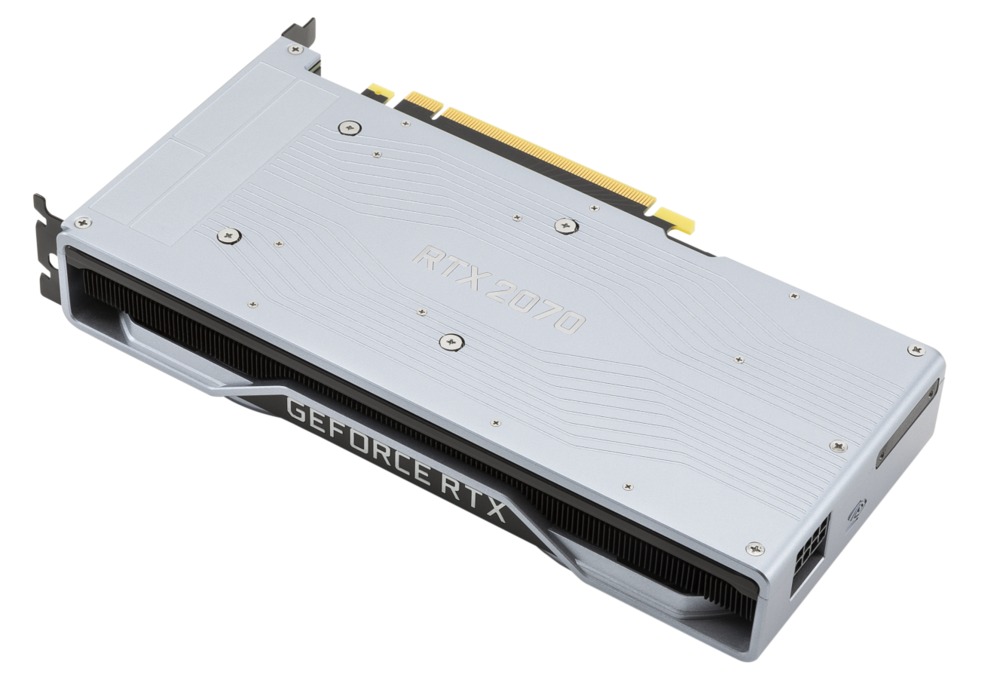 Previous Next
NVIDIA's GeForce RTX 2070 is part of the first wave of graphics cards based on the Turing GPU architecture. This generation represents only an incremental improvement in general graphics performance, making the RTX 2070 a little faster than the previous generation GTX 1080 (and slightly more expensive as well). The big thing that this new GPU architecture brings to the table is forward-looking features not found on previous GTX cards: dedicated RT cores for ray tracing and Tensor cores for machine learning inference. The RT cores are brand-new, while the Tensor cores have existed on previous Titan and Quadro cards - but this is the first time they've come to the mainstream GeForce series. This specialized hardware will allow for new functionality in games and GPU-accelerated applications, but will require such programs to be written specifically to utilize them in order to see much benefit.

This version of the RTX 2070 features a dual-fan cooling layout. This is great for keeping a single card running cool and quiet, but results in most of the heat the card generates being pumped back into the computer. That makes these a poor choice for use in multi-GPU systems, especially in configurations where there will be no space between each card. When installing more than one video card in a system, models with a blower-style fan and rear heat exhaust will be much better.