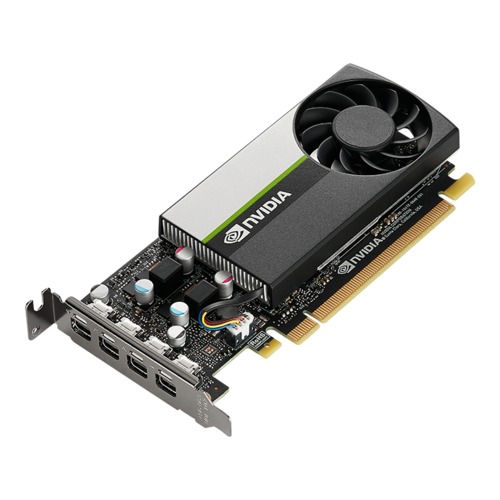 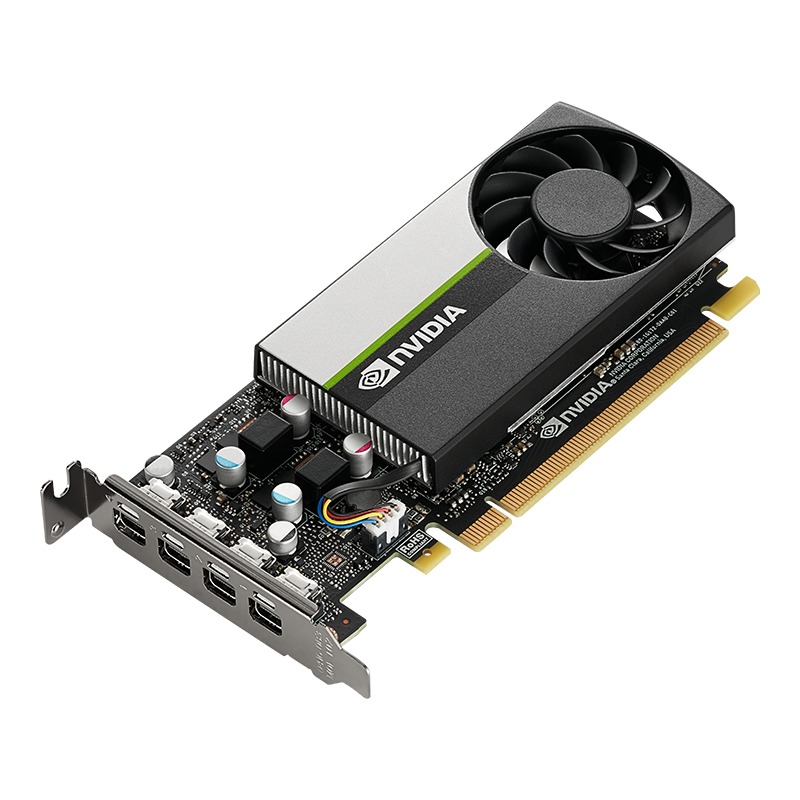 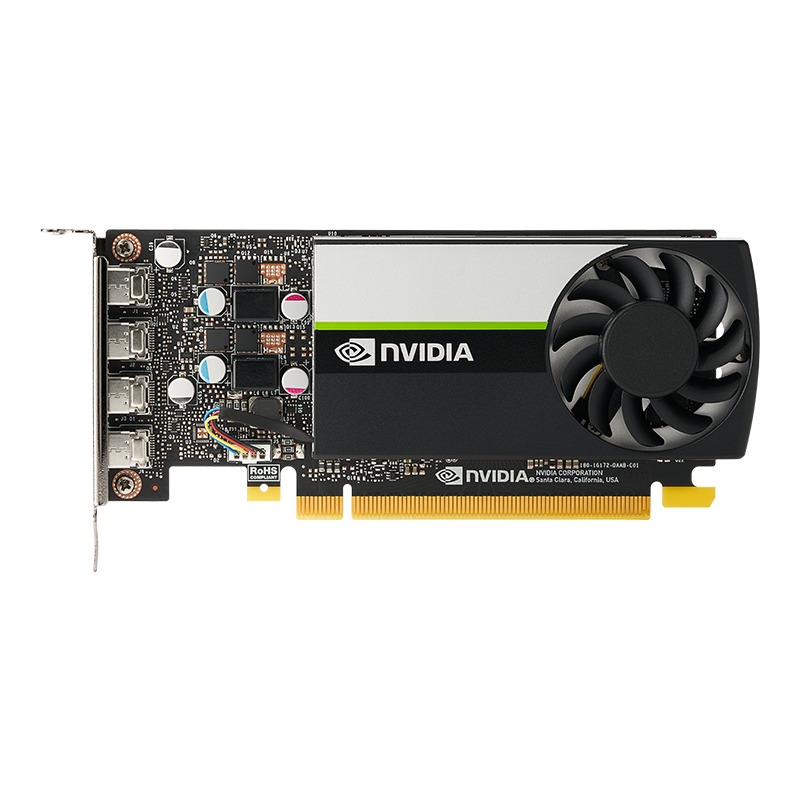 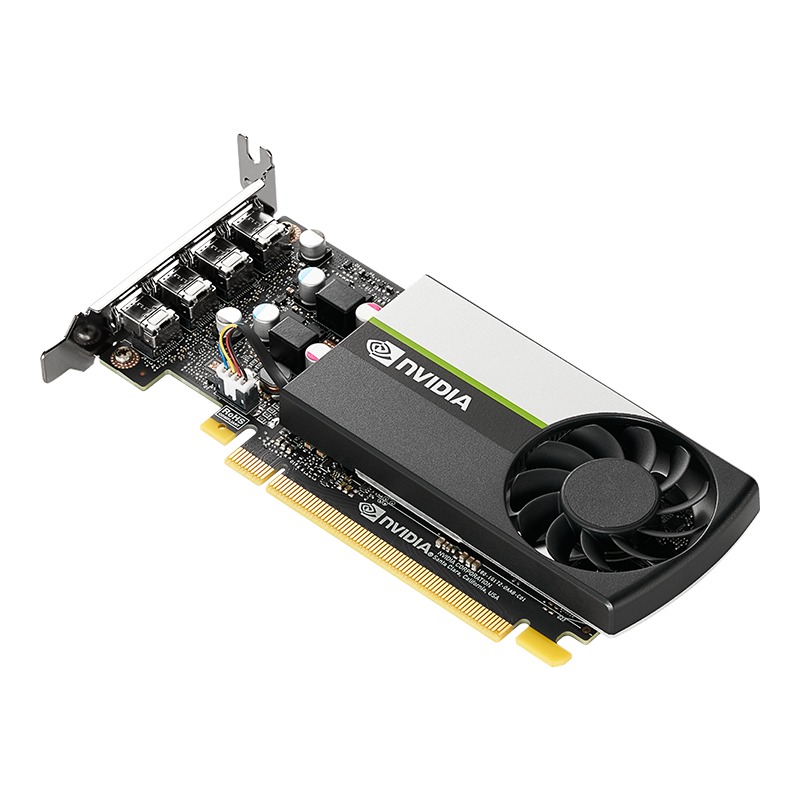 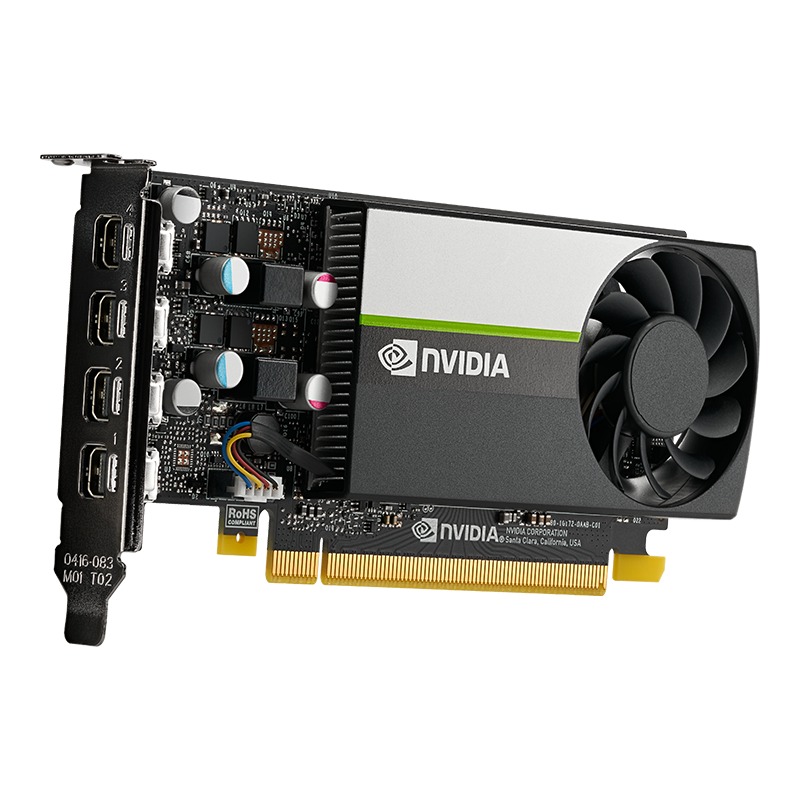 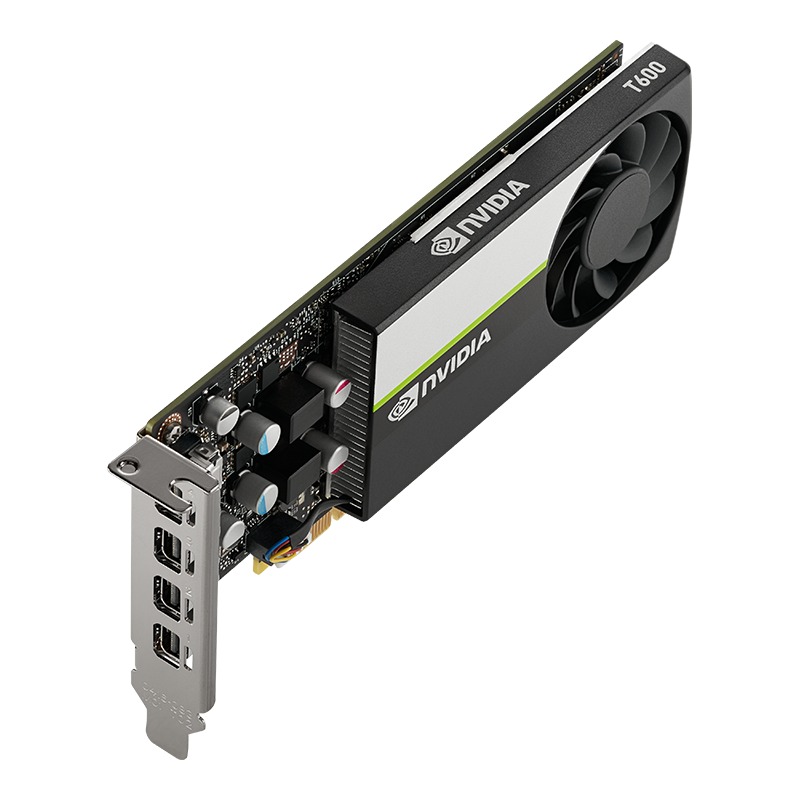 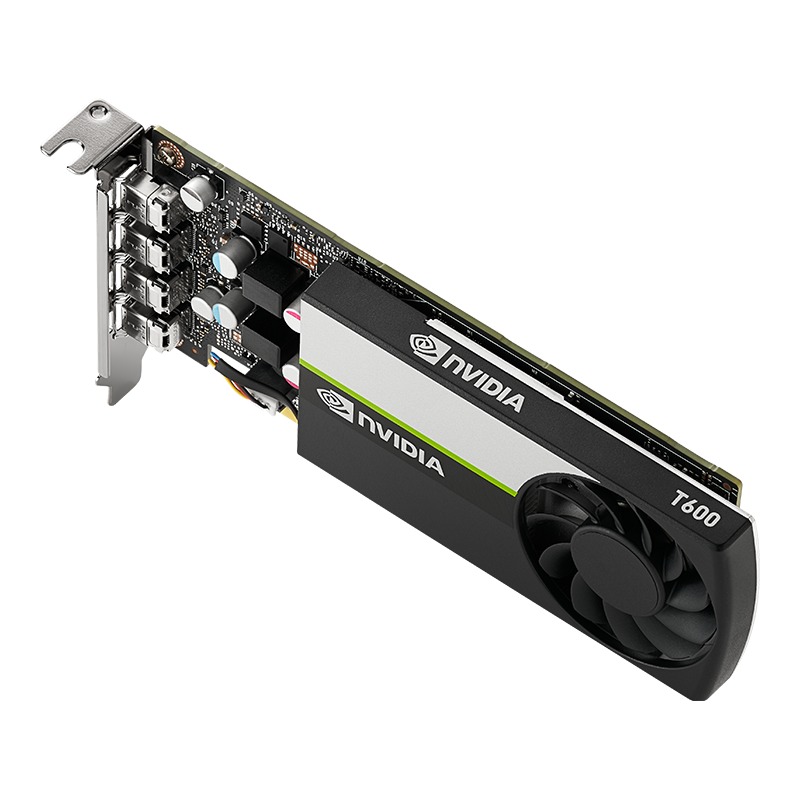 Previous Next
The NVIDIA T600 is an entry-level, Tesla-based professional graphics card. It offers a small performance boost over the earlier P600 generation, along with an increased amount of VRAM, while the number of video outputs has stayed at 4. That lets the T600 run up to four monitors, though with the limited video memory the resolution of the monitors should be kept at a moderate level.

As described above, this card has four Mini DisplayPort connections - and includes one adapter to full size DisplayPort as well. Additional adapters to DP, DVI, or HDMI can be purchased separately if needed, but please note that if you are using DVI adapters you will be limited to a lower maximum resolution per screen (1920x1200).