Our experiences with memory manufacturers

Written on January 29, 2009 by Jon Bach
Share:
When it comes to memory manufacturers, we've been around the block...a few times.  We've learned a lot in the process -- too much to keep to ourselves!  For each memory manufacturer we've used in the past, we have thousands of sticks of memory out in the field, and that gives us some good objective experience.  I wanted to take a minute to comment on the various memory manufacturers we have experience with, share our stories, and to explain why we are standardizing on Kingston memory going forward. 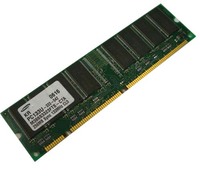 Way back in the beginning of our company, we used Samsung memory.  We used it for a very long time, and it was good memory.  The failure rates were decent at 2%, but it was the stereotype for "generic."  This is memory you'd find in Dell machines, and as our company developed, it became clear that it wasn't a good fit for us.  It does the job, but there's no focus on speed, little in terms of options....its just boring!  What set us over the edge was actually the RMA process.  Failed sticks were "repaired" by turning off the bad parts of the chip.  IE, if we sent in a failed 512MB chip, we got back a 511MB chip with a "fixed" sticker on it!  Not only is that just not acceptable, but those "fixed" chips had a 80% failure rate.  The total lack of relationship with Samsung (we were too small, and they were too big to care) made the situation unresolvable, so we left them for greener pastures. 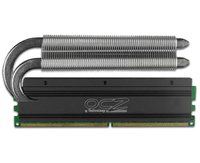 This company is a very attractive pick, both for boutique system builders, but also for enthusiasts in general.  They have an attractive product, and their focus on performance is in line with the desires of the enthusiast.  As Puget System developed its identity as a high end system builder, OCZ was a good fit.  At the time, we carried their "Performance" and "Premiere" lines of memory, and had good response from our customers.  Unfortunately, over time we measured their failure rates to be about 8%.  We didn't know enough about the industry at that time to know WHY the failure rates were higher (more about that later), we just knew that it was too high.  Their RMA process was good, and we couldn't argue with lifetime warranty.  However, we kept looking back at Samsung and their 2% failure rates, wondering if OCZ *really* was a better pick.  Without success in lowering the failure rates, we once again went looking for a better alternative.


We returned to OCZ years later, under the promise that their quality control had improved, and that we'd have a better experience.  Unfortunately, this turned out to not be true.  Failure rates were exactly the same, at about 8%.  To be fair, a great majority of the failures were at delivery, which means that we caught them in our testing, and they never made it out to our clients.   Still, 8% failure rates isn't something we're willing to accept. 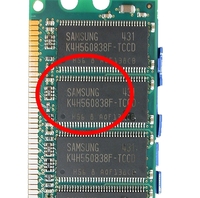 Why is the OCZ failure rate higher?  The thing to understand about memory is that there are only a handful of companies that manufacture IC chips -- these are the chips that go onto the memory module.  Samsung, Infineon, Micron, Nanya -- these aren't names most computer enthusiasts recognize, but they're all likely inside your computer.  The memory manufacturers that source the best IC chips have the ingredients to make the best memory.  The problem that OCZ has is two-fold:  first, they're a smaller company, and don't have first pick at the IC chips.  Second, they're not consistent with what they do get.  If they get an great batch of IC chips, they just crank up the speed, release a new product, and discontinue it once the chips run out.  Its chaos.  And chaos is a good word to describe OCZ -- there's always some crazy new product or another, which you can never buy, because they change it again before you can order!  So while half of OCZ's problem is what I feel to be their own making, the other half is a harsh reality of the memory business.  The big manufacturers get first pick at the best, and most consistent supply of IC chips.

Corsair isn't quite as edgy as OCZ, but is well known amongst enthusiasts.  We use them for our power supplies, and LOVE them for it.  Their power supplies and their service are amazing, and we wanted nothing else but for Corsair to be the long term provider of our memory.  Unfortunately, we have measured their failure rate at 5%.   Corsair does a great job with what they have, and I think they're GREAT as a company.  They are happy to work with us to provide the consistency we need, by giving us what is called a locked BOM.  This means that *we* specify what IC chips we want, at what timings, what voltage, etc.  This definitely has the possibility to give us consistent, low failure memory...but the problem becomes the fact that Puget Systems is not yet the size to take this on.  The quantity commitments and forecasts are feasible, but the probability of shortages or delays, and the costs of carrying inventory with a volatile market just isn't going to work.  We wish it were different, we really like Corsair!

Kingston is a monster of a company.  They're huge, and they know it.  Forget about having any conversation with them, and forget about them being flexible to meet your needs.  However, this trait is also a strength.  They know their job -- build quality memory.  Period.  Nothing more.  They're the opposite of OCZ -- while OCZ is running around the room like an over-caffeinated wild animal, Kingston is quietly sitting in the corner, shaking its head.  And because of that focus, they do their job well.  Their size gives them first priority on the IC chips that hit the market, which means they get the chips they want.  The result is they have an amazingly consistent product.  Locked BOM?  Don't bother, the memory is always the same.  These qualities add up to an amazing 0.5% failure rate.  We don't have a partner with Kingston, but we definitely have a great memory provider.  And that's just fine.   We'll pick quality over excitement any day.

While we certainly haven't given a first-hand look at every memory manufacturer out there, I feel we have a good sampling of the different approaches these companies can take.   While everyone has their own opinion on what memory is best, most people's opinions are based on their personal experiences, which are typically quite limited.  Having dealt with each of these manufacturers for years, having worked with thousands of sticks of their memory, I'm excited to put this information out there, and very much welcome your thoughts or questions!