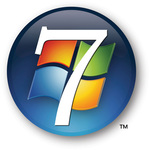 Windows 7 has taken root in the PC community over the last year, a great improvement from the little-liked Windows Vista, and we've made the 64-bit version the de facto standard on the computers we sell – to the point where we no longer even list the 32-bit version on our website. We can special-order it still, though, and I find that I am often asked by customers if they would be better off with that because they need to run older programs. This makes me think there may be some misunderstandings about 64-bit Windows out there, so let me set the record straight.

The last three editions of Windows – XP, Vista, and 7 – have all been available in both 32 and 64-bit versions. XP 64-bit was only rarely used, though, as it was the first step toward 64-bit computing that Microsoft took… and driver support was never very good, resulting in the vast majority of our customers from that era sticking with 32-bit. As memory (RAM) has become cheaper and more plentiful over the years, though, the ~4GB limit in 32-bit operating systems quickly became a sticking point, and thus when Vista debuted the 64-bit version was installed on a substantial amount of the computers we sold. That trend has only continued with Windows 7, and while that is the OS of choice for Windows users these days there is no problem running most older, 32-bit applications.

This is because Microsoft understands the importance of the backward-compatibility which has always been a hallmark of Windows operating systems, and indeed most programs are still written in 32-bit – either because they have not yet been updated to 64-bit, or because they have no need for the increased memory capacity that 64-bit gives access to. Specifically, a layer of processing was built into 64-bit XP, and has been inheritted by Vista and 7, called WoW64: Windows 32-bit on Windows 64-bit. It emulates much of the software environment 32-bit programs expect, to the point where most older software should work just fine. There are some limitations, unfortunately, but they only affect a small percent of the programs out there; if you want the details on that, you can read more on the Wikipedia page about WoW64.

Still, some folks run into trouble when trying to install or run an older application in Windows 7 64-bit. That can be due to one of the limitations I mentioned above or, more often, related to the added security settings in Windows 7. With XP and earlier versions of Windows, the default user account ran with administrator-level access – and so, therefore, did all programs executed by the user. Increasing online threats have led Microsoft to restrict default user priveledges, though, so older programs that are expecting admin-level access to the system may not function properly.

If you run into a program which doesn't seem to work correctly, and you suspect it may
need admin access, right-click on the icon or shortcut for it and select "Run as administrator". If that fixes things, you can set a program to always run in that mode by right-clicking the icon again and going to Properties, then the Compatibility tab, and checking the box for "Run this program as an administrator". 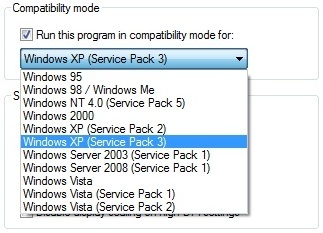 Another valuable setting on the Compatibility tab is the Compatibility Mode option. When a program runs, the operating system is able to tell it what edition of Windows it is running on. Unfortunately, some programs try to be smart and look at that before starting up – and if the version of Windows they are told is not one that the software expects it may simply say it cannot run. I've also seen that happen when going to install a program, and when it happens it can be quite annoying. The way to work around this is to have Windows claim to be a different version – to lie to the program, in effect. That can be accomplished by selecting an older operating system from the Compatibility Mode drop-down menu, again in the Properties for an icon, shortcut, or program. If you are running into this when trying to install software, you will need to track down the executable which is trying to run and right-clicking on it to change this setting. You may also need to try a few different Windows version settings, to find one that the software accepts.

Lastly, if neither of the above helps, you can run a different version of Windows – whatever one your software needs – from within a Virtual Machine.  That is a type of program that lets you run one operating system within another – a great tool for testing different OSes, or even isolating certain types of work (like visiting suspicious websites) from the rest of your computer.  For the purpose of running older software, having a virtual machine of Windows XP would give a lot more flexibility in terms of running programs with specilized needs.  Knowing that, Microsoft actually provides a streamlined solution to give their customers just that: XP Mode.  It is a free download for anyone with Windows 7 Professional or Ultimate (but not the Home editions) and, for those of our customers who know they need it, we can often pre-install it when building a computer. 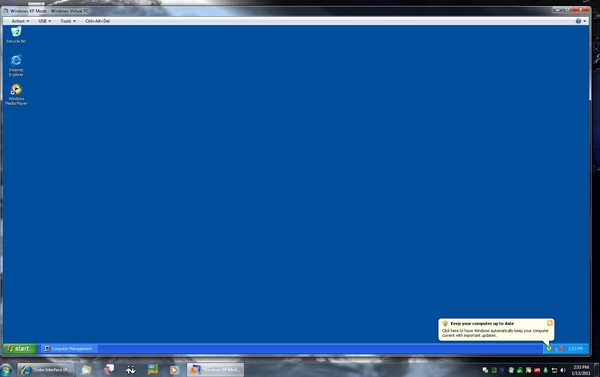