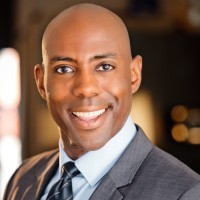 James Markham Hall Jr's journey with Gold Creek VR began in 2015 while shooting two television series on location in Alaska and the Yukon for National Geographic and Animal Planet. In 2014, while screening a 3D short he directed at the Los Angeles 3D Film Festival, he was exposed to the Oculus Rift for the first time. Once he took off the headset, he was hooked on Virtual Reality and its possibilities.

While he was filming in Alaska and obsessing over the impending release of the Samsung Gear VR, he began learning everything he could about how to create professional 360 video content. When his television series went on hiatus for two weeks, he ordered a Gear VR and quickly realized the lack of compelling storytelling content available. The little content that was available was mostly people jumping out of airplanes or skateboarding. In short, it was basic content with little to no replay value.

James recognized the opportunity to deliver a high-quality cinematic documentary series and reached out to his long-time producing partner Ted Faye, who was back in Los Angeles wrapping up post-production on their latest collaboration at that time which was "IVERSON," the feature-length documentary detailing the life of NBA All-Star Allen Iverson.

Getting Ted on board would take a little more work. Over the phone, James exclaimed, "Uncle Ted, we have got to start making documentaries in VR!  It's AMAZING!! You don't understand."  To which Ted replied "I don't understand.  I'm finishing this movie, call me when you're back in LA!"  And that's when James realized that he couldn't simply tell people about how awesome Virtual Reality is...he had to show them!

And the rest is history, as James decided then to dedicate his entire focus on creating compelling episodic content in VR.  Since then, James has served as a Cinematographer on a wide variety of film and television projects over the years, working on everything from IMAX 3D documentaries to hit reality series, including Dancing with the Stars.

The speed and power of our Puget systems workstations allow us to work at the speed of thought.

James is currently working on a project that is launching in 8K resolution in Dolby Vision and Dolby Atmos. This requires the most advanced professional virtual production filmmaking tools available from companies with a reputation for excellence such as NCAM and Blackmagic Design, specifically a Reality Mk2, Ursa Mini Pro 12K, and Decklink 8K Pro.

Once James realized that capturing in 12K and downsampling to 8K for HDR mastering was the way to go, he partnered with Zeiss to acquire their optics and cutting-edge/XD technology. He also uses the Kessler CineShooter motion control head plus Shuttle Dolly to create the Ultimate Virtual Production System.

Given the state of the pandemic, one of the biggest technical challenges James faces is acting, directing, and shooting a project from his home virtual production studio. He collaborates closely with long-time producing partners who work remotely from Connecticut and North Carolina. Balancing the technical requirements of defining a brand new 12K virtual production workflow while committing to the emotional and physical demands as the lead actor in THROWDOWN can be quite challenging, but collaborating with friends definitely makes it a little easier and a lot more fun.

Communication around all facets of production is critical, but James mentioned that working alongside friends he's known since attending the North Carolina School of Arts, School of Filmmaking together, has made for a smooth transition to working virtually.

James and his partners initially conceived their latest project, THROWDOWN, as a limited series shot in 5K to be released on YouTube, but they soon realized that launching on next-generation platforms at the highest quality technical specifications was ultimately the best way to go.  This would require more computing horsepower, particularly for processing 12K footage for 8K delivery. Pushing the quality levels as high as they dreamed would also require strategic partnerships with companies who hold the same degree of commitment to quality and performance. This is where a Puget Systems workstation would play a critical role.

My Puget Systems workstation allows me to export an 8K virtual camera take from sequencer in Unreal Engine, while simultaneously scrubbing through 12K footage in Davinci Resolve, all without breaking a sweat.

One of James' technological goals for his upcoming project THROWDOWN is to combine sophisticated motion control camera movement and advanced camera tracking systems with environments created in Unreal Engine to facilitate "remote virtual production" at resolutions BEYOND Hollywood studio specifications, whereby actors are filmed at separate locations and seamlessly integrated into the same scene as if they were filmed together in the same space.

THROWDOWN was awarded a MegaGrant from Epic Games. Once completed, the project will be released on the biggest platforms on the planet that support 8K HDR with 3D Spatial Audio. The series will be promoted through the Content Monsters channel on YouTube which has over 2.3 million subscribers and over 1.2 billion views.

James worked with Puget Systems to configure two workstations that could handle editing 8K/12K footage and color grading in Davinci Resolve as well as Unreal Engine development without any bottlenecks to his workflow. Here is the end result:
Workstation #1

The most important requirement for James was that his new workstations had to be able to process 12K footage with ease. His older PC with a Titan RTX and older Intel i7 CPU was quickly becoming sluggish and frustrating to work on. But his new workstations with 256GB RAM, Intel 18-core i9 CPU, and NVIDIA Quadro RTX 6000 and GeForce RTX 3090 handle his workflow without any bottlenecks. A key element of James' workflow is viewing and color grading 8K footage with real-time playback from Davinci Resolve on his 75-inch 8K LG display, which is facilitated through the HDMI 2.1 output from the GeForce RTX 3090 with a single cable. In his words, James said that he no longer has to compromise his creativity and can now multitask while slinging 80GB+ 12K clips back and forth across his three Samsung 970 EVO M.2 drives at blazing fast speeds.

James was introduced to Puget Systems when he found several testimonials on YouTube from other content creators. Through case studies, he realized others had similar needs, and he resonated with the Puget Systems motto: Computers should just work.