Skip to content
Always look at the date when you read an article. Some of the content in this article is most likely out of date, as it was written on June 8, 2016. For newer information, see Adobe Premiere Pro CC 2015 Multi Core Performance (Update1)

When designing a computer there are literally thousands of different hardware components to choose from and each one will have an impact on the overall performance of your system in some shape or form. Depending on the software you will be using, however, some components will simply be more important than others. In the case of Adobe Premiere Pro CC 2015, one of the most critical hardware components that will help with the performance of your system is the CPU. The question is: how do you know which CPU will give you the best performance? 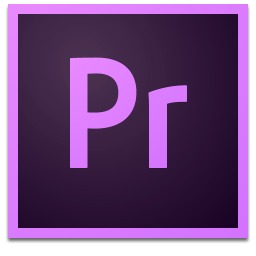 This doesn't take into account the differences between CPU architectures, but in an ideal world a CPU that has the same frequency but twice the number of cores would be exactly twice as fast. Unfortunately, making software utilize multiple cores (and do so effectively) is difficult in most situations and almost impossible in others. Add in the fact that higher core count CPUs tend to have lower operating frequencies and it becomes even more difficult to ensure that you are choosing the right CPU for your software.

In this article, we want to find out how well Premiere Pro can utilize multiple cores – also known as multi-threading – to help determine what type of CPU (either one with a high frequency or a high core count) will give you the best possible performance. Since exporting videos and rendering previews are the two major tasks that users tend to wait on when using Premiere Pro, those are what we will be focusing on in this article. If you want to skip over our individual benchmark results and simply view our conclusions, feel free to jump ahead to the conclusion section.

Since we want to determine how many CPU cores Premiere Pro can effectively utilize, we used a pair of Xeon E5 2687W V4 CPUs to give us 24 physical CPU cores with which to test. To see if the efficiency changes depending on the amount of GPU power in the system, we also tested with both one and two GTX Titan X video cards. To help with consistency – and since the benchmarks we performed ran for several days – we programmed a custom script using AutoIt to start Premiere Pro, set the CPU affinity (which CPU cores it is allowed to use), load the relevant project, export the timeline with the appropriate settings or generate previews, close Premiere Pro to clear any data from the system RAM, then loop while making more and more cores available.

To analyze the data, we will be presenting our results in terms of how long it took each action to complete with X number of cores compared to how long it took to complete with just a single core. From these results, we will then use Amdahl's Law to estimate the parallel efficiency for the action. 100% is perfect efficiency where a high core count CPU is ideal, but as the efficiency drops lower and lower having a high frequency CPU becomes more and more important. For more information on Amdahl's Law and how it works we recommend reading our Estimating CPU Performance using Amdahl's Law article.

In order to make our testing as accurate as possible, we used relatively simply timelines for our testing in this article. In the past, we've loaded on the accelerated effects to show the maximum difference between cards, but we found that this was not representative of real-world performance gains. Our test timelines consisted of:

While more and more people are starting to shoot in 4K and higher resolutions, 1080p is still by far the most common resolution to export to. Because of this, we thought we would start our testing by looking at how Premiere is able to utilize multiple CPU cores when exporting from a variety of resolutions and codecs to H.264 1080p:

In the graphs above, the lines with dots are the actual speedup we recorded in our testing. The solid lines shows the calculated efficiency we arrived at by using Amdahl's Law on the results. The green line indicates the initial speedup we saw while the orange line is the efficiency after the system hit some sort of bottleneck (whether it was due to the GPU, RAM, cache, or simply an issue from Premiere itself).

What is surprising is simply how consistent the results were between the different codecs and resolutions. The amount of time it took in seconds to export each was vastly different, but the speedup per core was very similar. From our data, it appears that there is little to no benefit to having more than four or five cores with a single high-end GPU when exporting to 1080p. In fact, we even saw a drop in performance when we added a second physical CPU when using the RED 4K footage.

Adding a second GPU helped a bit and made it so that it was beneficial to have roughly six CPU cores instead of just four or five. With dual GPUs, however, we saw three instances where having two physical CPUs was worse than just having one (H.264 4K, CineForm 4K, and RED 4K).

What this basically means is that if you are exporting to 1080p, you ideally want the highest frequency six core CPU if possible. A higher core count shouldn't hurt anything (unless you have two physical CPUs), but it makes no sense to get a CPU with a higher core count if it means making any sort of a sacrifice in terms of operating frequency.

Although 4K isn't as widespread as 1080p quite yet, more and more Premiere Pro users are either exporting to 4K or are considering exporting to 4K in the near future. Exporting to higher resolutions is more taxing on the system, so it will be interesting to see if the multi core efficiency is any better when exporting to 4K versus exporting to 1080p:

Compared to exporting to 1080p, exporting to 4K in Premiere Pro appears to be much more effective at utilizing higher CPU core counts. Where we didn't see a benefit to having more than six cores before, in some situations we are seeing advantages to having even dual CPUs.

In general, it appears that with a single high-end GPU, having around ten to twelve CPU cores is going to be ideal. With two video cards, it gets a little better to the point where having fourteen or even sixteen CPU cores may be beneficial. One thing to keep in mind, however, is that the average point where the efficiency drops to a lower value is only at about nine or ten CPU cores. This means that while more cores can be beneficial, even a small drop in operating frequency could potentially make a CPU with more cores slower than a CPU with fewer cores but a higher operating frequency.

While export times are extremely important, the time it takes to generate previews is also a key consideration. In fact, while it is not a perfect correlation, the faster a machine is able to generate previews, the more likely it will be able to perform live playback of a timeline without the need for previews in the first place.

For this test, we left the preview resolution at full as that is ideally what you would want your system to be capable of.

Overall, the results are strikingly similar to what we saw when exporting to 1080p although they are much more inconsistent between the different footage codes. The main difference is that with only a single high-end GPU Premiere was able to effectively use a few more cores – anywhere from five to seven or even eight cores. Interestingly, while two GPUs allowed for a bit better scaling, it was not as large of an improvement as what we saw when exporting.

From our initial multi-core testing in Premiere Pro, we've known that Premiere is only moderately effective at utilizing multiple CPU cores. This round of testing (with more realistic timelines and a wider range of source codes and resolutions), however, indicates that it is actually even a little bit worse than we thought.

To summarize our results, lets first look at the individual efficiencies when exporting to H.264 1080p:

With a single GTX Titan X video card, we saw an initial efficiency of about 91% on average. After about four or five cores, however, this dropped to pretty much nothing. Dual video cards was better with an initial average efficiency of about 93%, but this also dropped off to almost nothing after about 6 cores. What this means is that if you are exporting to H.264 1080p, you would ideally want a CPU with about four or six CPU cores. Eight cores can be beneficial in some instances, but if you have to sacrifice more than .1-.2GHz for those extra cores it will likely actually result in lower performance.

When we upped the export resolution to 4K, we saw much better efficiency numbers. Not only was the initial efficiency higher (about 96.5% on average), Premiere Pro was also able to effectively use a much higher number of CPU cores. Where at 1080p anything more than six or maybe eight cores wouldn't be beneficial, in this case the initial multi core efficiency numbers lasted until around twelve cores. In other words, when exporting to 4K a ten core CPU should be great and in some instances a CPU (or multiple CPUs) with even more cores may give you a performance increase.

Unlike exporting, our results for rendering full resolution previews was really inconsistent. Some source footage (like RED 6K) was pretty good and should see a nice performance increase with even up to ten CPU cores. Others (such as ProRes 4K) was really bad – to the point that you almost want to ignore the number of cores and focus entirely on getting the highest possible CPU frequency you can. Overall, however, we would say that with the exception of RED 6K, you should ideally want a CPU with around 6-8 cores.

Unless you are very familiar with CPU scaling and Amdahl's Law, a lot of these numbers are probably not all that useful.  If you want to see how well different Core i7 and dual Xeon CPUs actually perform in After Effects, we recommend reading our Adobe Premiere Pro CC 2015.3 CPU Comparison article. In that article, we found that the three best CPU options for Premiere Pro today are the Intel Core i7 6850K, 6900K, or 6950X. However, we would advice against a dual Xeon option as in most cases these expensive configurations are slower than the Intel Core i7 6950X.