Skip to content
Always look at the date when you read an article. Some of the content in this article is most likely out of date, as it was written on September 21, 2018. For newer information, see our more recent articles.

AMD's new 2nd Gen Ryzen Threadripper processors are absolute monsters, with the 2990WX in particular having 32(!) cores. However, as we've seen time and time again in our testing, more cores is not always better. In fact, in many applications having more cores can actually result in lower overall performance depending on how the software is coded and the type of computations being done.

After extensively testing and benchmarking these new CPUs, we have publishing in-depth articles comparing the 2nd Gen Threadripper CPUs to Intel's X-series processors in a number of video editing applications:

With the data gained in those articles, we now have an excellent idea of how the 2990WX and 2950X stack up against similarly priced CPUs from Intel. 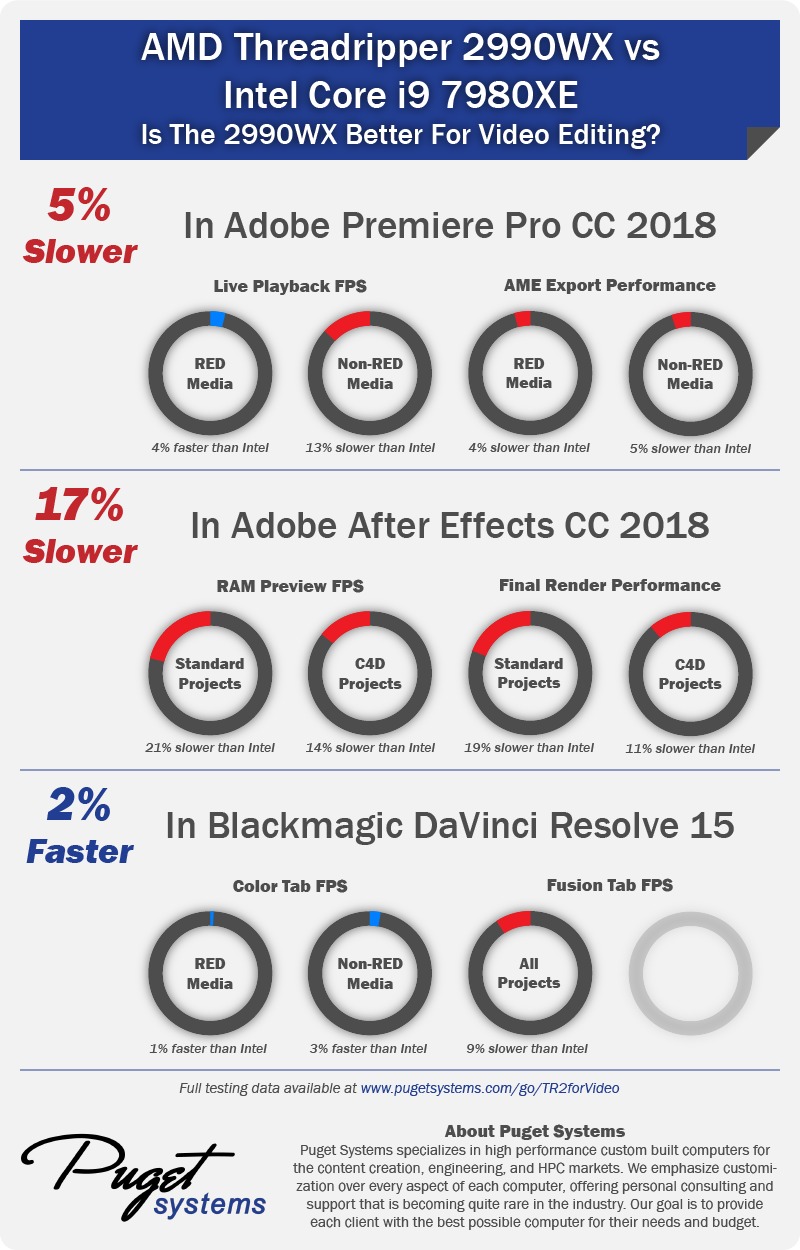 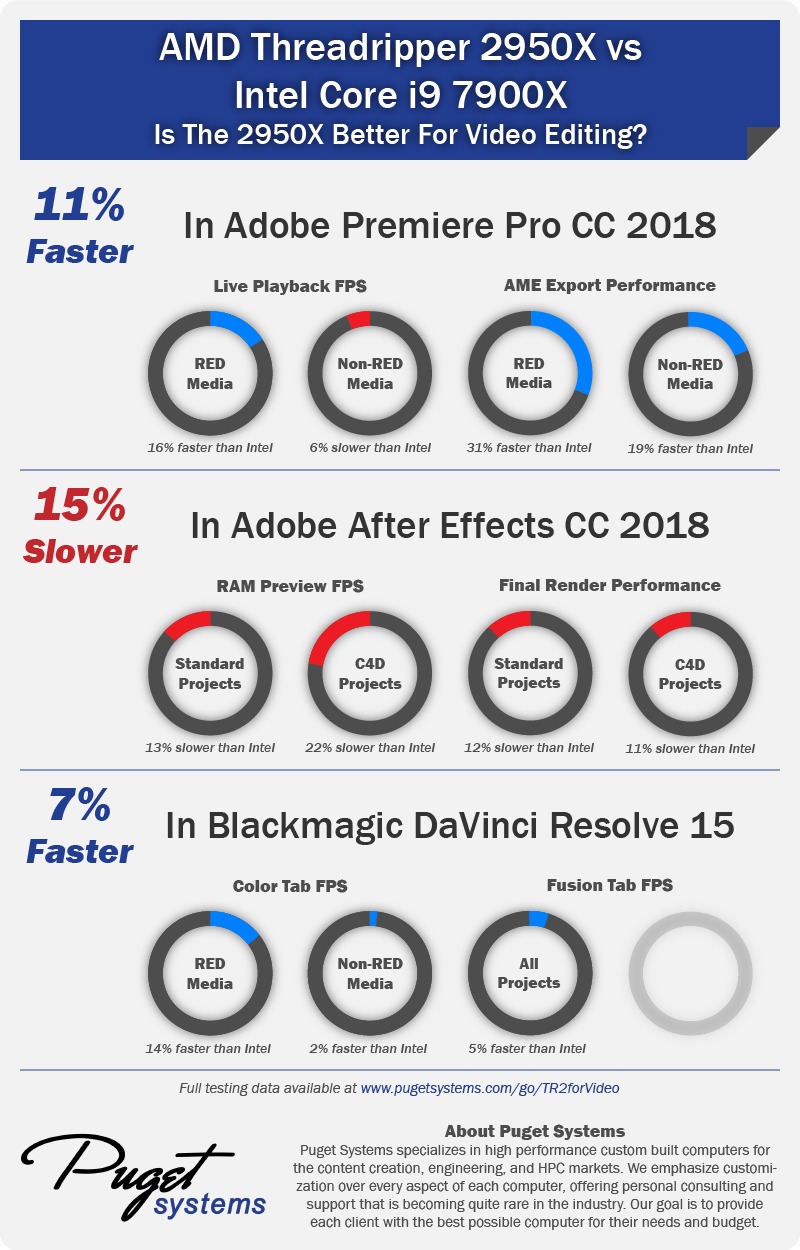 Is the Threadripper 2990WX better than the Core i9 7980XE for video editing?

Is the Threadripper 2950X better than the Core i9 7900X for video editing?