This post is an update and expansion of much of the GPU testing I have been doing over the last several months. I am using current (as of this post date) TensorFlow builds on NVIDIA NGC, the most recent display driver and I have results for up to 4 GPU’s, including NVLINK, with several of the cards under test. This is something that I have been promising to do!

For details on how I have Docker/NVIDIA-Docker configured on my workstation have a look at the following post along with the links it contains to the rest of that series of posts. How-To Setup NVIDIA Docker and NGC Registry on your Workstation – Part 5 Docker Performance and Resource Tuning

This is all fresh testing using the updates and configuration described above. Hopefully it will give you a comparative snapshot of multi-GPU performance with TensorFlow in a workstation configuration.

Batch size does affect performance and larger sizes are usually better. The batch size is limited by the amount of memory available on the GPU’s. “Reasonable” values that would run without giving “out of memory” errors were used. Multi-GPU jobs used the same batch sizes settings as single GPU job since they are set per processes. That means the “effective” batch sizes are multiples of the batch size since the jobs are “data parallel”. The batch size information for the different cards and job types is in the table below. 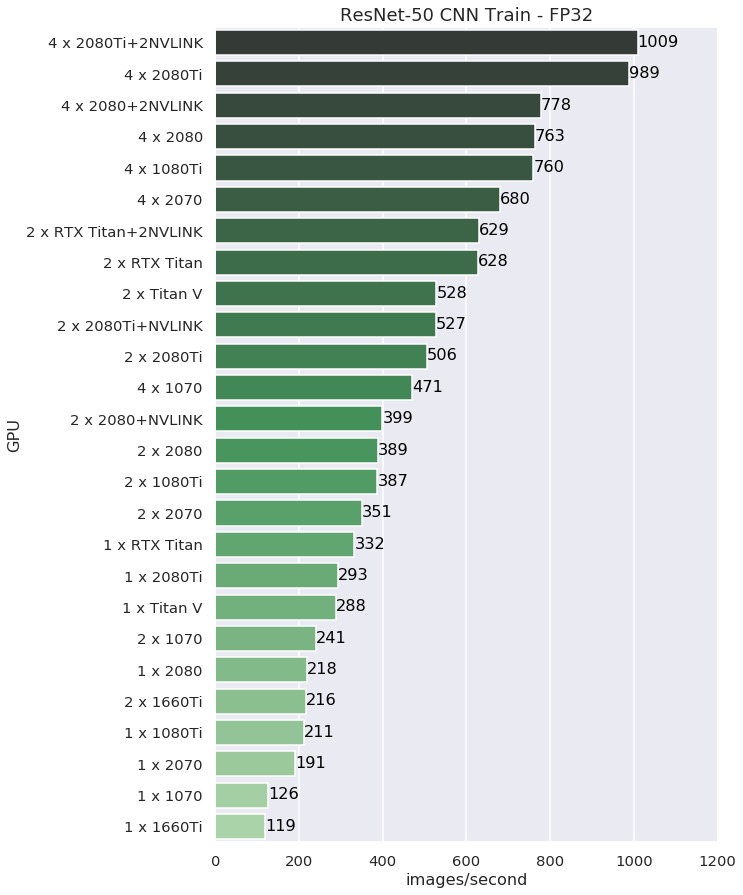 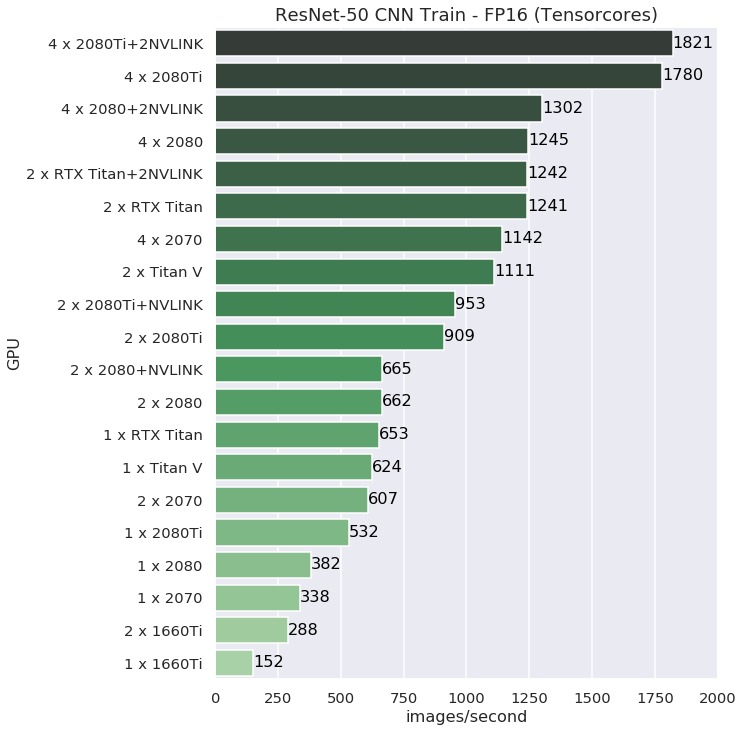 The charts above mostly speak for themselves. One thing to notice for these jobs is that the peer-to-peer communication advantage of using NVLINK has only a small impact. That will not be the case for the LSTM job runs. 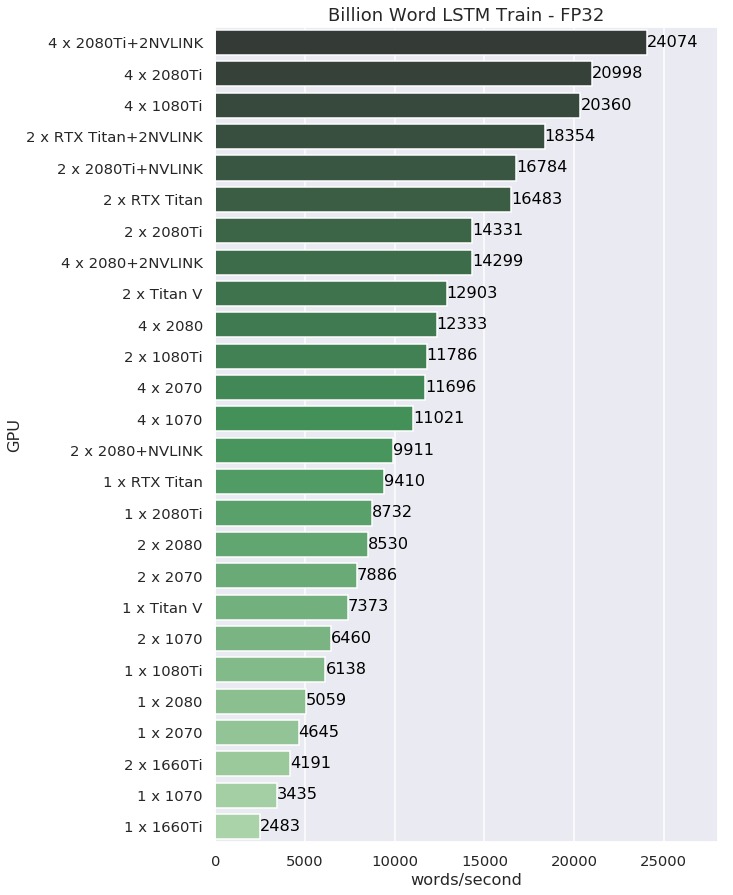