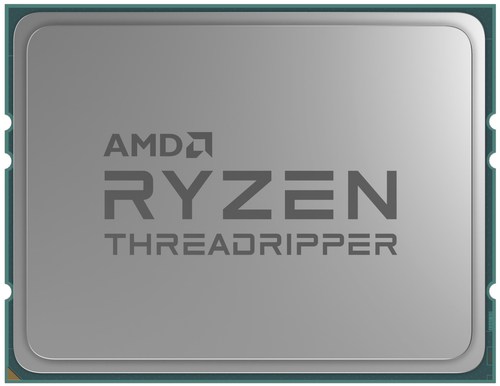 AMD's Threadripper processors are built for heavy multi-tasking and applications that can use multiple CPU cores well. They are the top-end of AMD's consumer CPU line, and their focus is on a huge number of cores, threads, and PCI-Express lanes.

This series debuted in 2017, but the 3rd generation that is now available has improved upon the original design in many ways. These 3000-series models are based on AMD's "Zen 2" 7nm chiplet architecture, down from 14nm in the first generation, and have higher clocks with dramatically improved single-core speed. They are also among the first processors to support PCI-Express 4.0.

Lots of cores combined with solid per-core performance makes for a fantastic combination. Check out how these Threadripper chips handle real-world applications in our numerous CPU comparison articles.

William George (Product Development) Says:
Because of its massive thread count (64 cores x 2 threads per core via SMT = 128 threads) it is recommended to use Windows 10 Pro for Workstations with this processor. The normal version of Windows 10 Pro splits up processors with >64 threads in ways which some applications cannot recognize, potentially limiting real-world performance.
Model: AMD 100-000000163