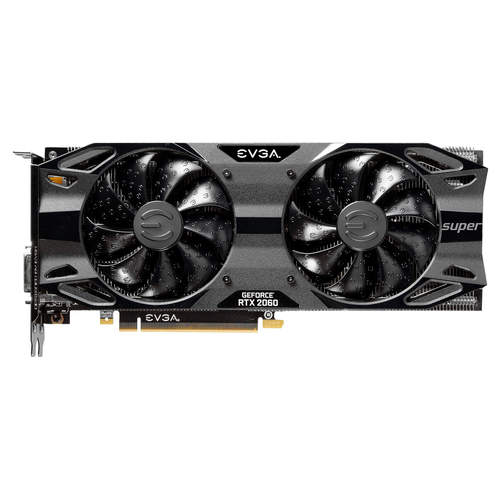 Finally, in regards to connectivity, this RTX 2060 SUPER supports up to four monitors. Unlike the higher-end RTX 2080 and 2080 Ti, it still has one dual-link DVI output - along with one HDMI 2.0b and two DisplayPort 1.4 outputs.

William George (Puget Labs Technician) Says:
This variant of the RTX 2060 Super does not have a VirtualLink connector - which really only matters if you plan to use a next-gen VR headset. If not, this model still has the full set of other video outputs and supports up to four monitors at the same time.
Model: EVGA 08G-P4-3067-KR