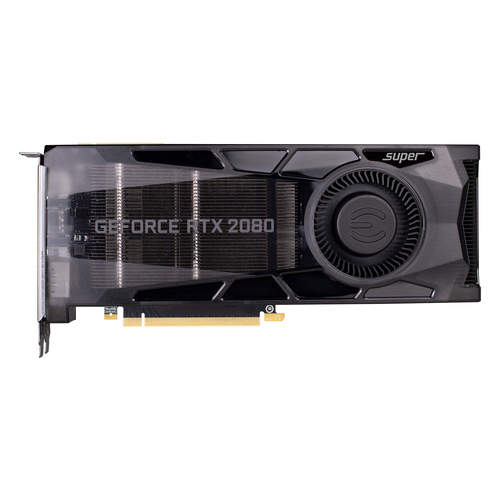 Finally, in regards to connectivity, the RTX 2080 SUPER has dropped DVI output entirely. There are outputs for three monitors: one HDMI 2.0b and two DisplayPort 1.4. VirtualLink - a specialized Type C port combining DisplayPort, USB 3.1, and power - is also included, for single-cable connectivity to next-generation VR headsets.

William George (Puget Labs Technician) Says:
This mid-generation update from NVIDIA is a little weird, but I guess it is hard to complain about a free performance increase :)
Model: EVGA 08G-P4-3080-KR