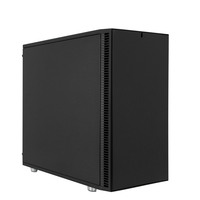 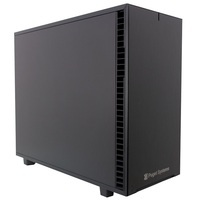 "I chose Puget Systems because they have a reputation as the best in the business. The Puget customers I spoke with were serious people who needed serious solutions and were beyond satisfied with their machines. That was enough for me."

"It was important that this would do the job out of the box without any drama. Puget's great sales and support helped me choose the right system to handle the workload, with reliable hardware to minimize downtime."

A: Designing and modeling in Inventor is not able to utilize more than a handful of cores. We have found that a CPU with the highest operating frequency will give you the best overall performance for general modeling tasks. Intel's mainstream Core i7 and i9 processors currently offer very high single-core clock speed, without a high price tag, so that is our go-to recommendation. Rendering with the built-in engine, however, can see moderate to large performance gains with a higher core count CPU. For that reason we use Intel's Core X processors with up to eighteen cores for our rendering-optimized Inventor workstation.

A: Autodesk only certifies Inventor to run on a short list of tested video cards, which are primarily Quadro models. We have not found any major performance difference between GeForce and Quadro cards in our limited testing, but we do advise following Autodesk's guidelines so that if you have any problems and need their support you won't be stopped by having an uncertified card.

A: The amount of RAM you need is going to depend on the complexity of your projects, but in general 8GB is the absolute minimum for Inventor, and will limit good performance to assemblies smaller than 500 parts. Most users will be better off with 16-32GB of RAM, in order to have enough for both their design work as well as other applications they may want to run at the same time.

Q: Will a solid-state drive help me open and save assemblies faster?

A: Yes! SSDs are much faster than traditional hard drives and in many cases can give a noticeable decrease in the time it takes to open and save projects. SSDs also improve the overall responsiveness of a computer, and since Inventor files are not very large even a mid-size SSD should have plenty of capacity.

A: In the past, Xeon CPUs were more robust than their Core-series counterparts. Today, however, there is very little functional difference between the two Intel product families for workstations. The additional cost to get a Xeon with the same clock speed and number of cores as a comparable i7 / i9 can be several hundred dollars, so we recommend the Core series instead. Xeon CPUs do support ECC memory, but that is a feature which is nice but certainly not essential.

Q: Will these systems work for other design software?

A: Yes! Most modeling applications have very similar system requirements, so these workstations should also be excellent for almost any design, architecture, or even CAD program. In fact, our recommended systems for AutoCAD, Inventor, Revit, and Solidworks are all similar for this very reason.