In the Romero home we have three systems that heavily use the internet in one way or another, two of which are connected wirelessly. Our trusty Linksys WRT54G has been our gateway to the world wide web, but recently the router has been suffering as heavier loads have been put on it. With a subscription to Netflix and a Steam account playing those highly addictive online FPS' games, the demand for internet among the three systems has become overwhelming, especially on the computers operating on wireless.

Since my every-day system is hard wired, I didn't pay much of any attention to the wireless portion of my network. As time went on, arising issues took their natural annoying course. So I had to make some changes, and wanted a faster and more reliable network. This also gave me the opportunity to move some things around in our home and delegate new or different tasks to our three systems.

On my personal gaming system, I uninstalled any games that were primarily used with a gamepad, and moved them to the living room computer. I'd previously used the living room computer as a test bed and a light gaming machine. Now it's been turned into a multi-media machine handling both gaming (heavily geared for use of a gamepad) and media streaming on our HD television. The last household computer (previously used for online media streaming) is now just for basic computer applications and light internet use. These three systems all have dedicated roles in the house, and they needed some new hardware to be installed to meet their specific needs.

I took some time in picking out some new networking gear, and after much deliberation settled on ASUS’ N-Draft hardware. (Danger, that wikipedia link is pretty tech heavy!). I selected a new RT-N16 for the router with USB support and gigabit LAN, a USB-N13 wireless USB adapter for the living room machine, and a PCE-N13 wireless NIC for the machine with light online usage. I imagined that with the new router in place, the wireless devices would start picking up those nice and strong wireless signals and everything would run smooth and effortless. Naturally, I was wrong! 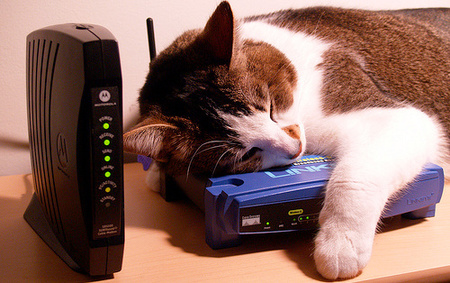 Maybe I can help other networking novices like myself with a few tips. First reset your modem and THEN plug it into the new router. Next, log into your router and make sure to set the correct frequency to get the benefits of N Draft. Lastly, if you name your SSID on your new router the same as the old router do yourself a favor and make sure your wireless needy systems are not trying to connect to it using old settings. For anyone else buying a USB-N13 make sure to install the newest driver from ASUS and not the default one that Windows installs. The default one causes connectivity issues and sometimes takes up to five minutes to connect on startup.

After the settings were adjusted and the systems (finally!) played nice with the router, the internet became a much nicer place to explore. The systems on wireless are roughly fifty feet from the router and they get 'very good' reception in my apartment complex. The default firmware on the router is easy to navigate. Admittedly, I am having some difficulties getting the PCE-N13 to pickup wireless speeds above 135mb/s on Windows XP, but that issue is on the back burner since it isn’t used for much and easily does online banking, bill pay, youtube surfing, e-mail, and instant messenger at 135mb/s.

In terms of the other two machines and their new networking performance I could not be happier. The hard wired machine is now on a gigabit connection and it makes network transfers faster to the USB storage device on the router. I cannot stress how cool network storage devices are, and how easy it is to set up media sharing to do things like show photos on your HDTV. Internet browsing is much snappier than before and Netflix loads media content much faster. Not only does it play content reliably but it also has additional content buffered and ready in case of a network hiccup. To date, I have not had connectivity issues with Steam or online play. Games download at about 370mb/s to 450mb/s and can burst up to 650mb/s. I may not be the first player to load on a map, but I sure don't have any lag or disconnects!

In summary, the new hardware has been a success. It was not a cheap success though. In terms of cash spent I put down about $150 into the network fix and invested a few weekends and plenty of hours into troubleshooting and testing. That said, the outcome is well worth the financial and mental investment and I would not hesitate to do it again.