OTOY is nearing completion of OctaneBench 2019, the first version of their OctaneRender benchmark to support the new RTX technology in NVIDIA's Turing-based GeForce and Quadro video cards. We will do a full performance roundup when OB 2019 is finished, but for now I wanted to put out a quick preview of the performance increase that RTX tech can bring to GPU rendering.

Here are screenshots from the OctaneBench 2019 preview, running on four GeForce RTX 2080s. We specifically used video cards from Gigabyte with single, rear-exhaust cooling fans to avoid issues with overheating that dual-fan cards have in multi-GPU configurations. 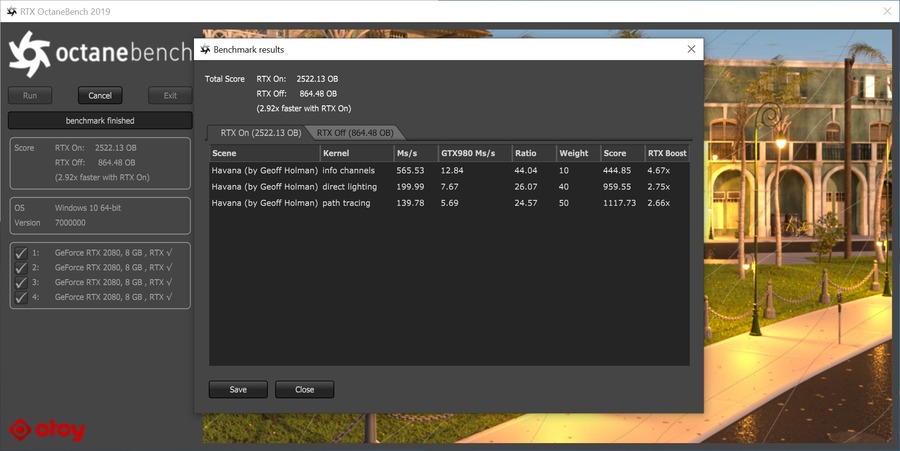 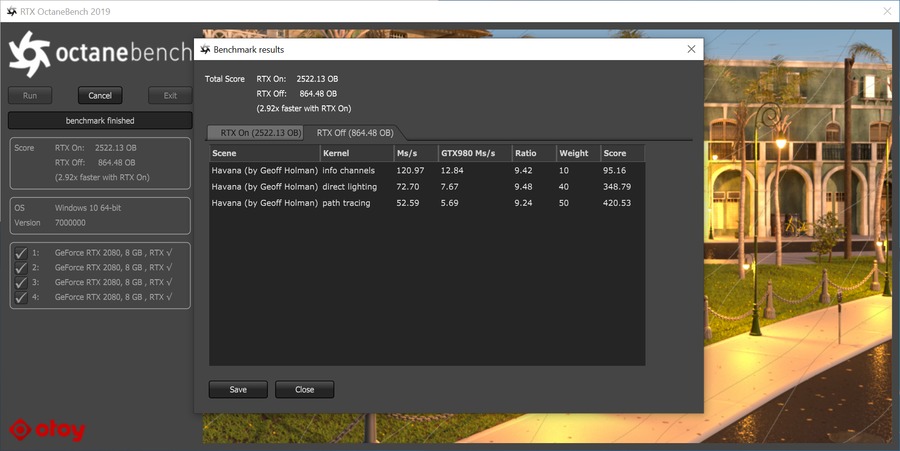 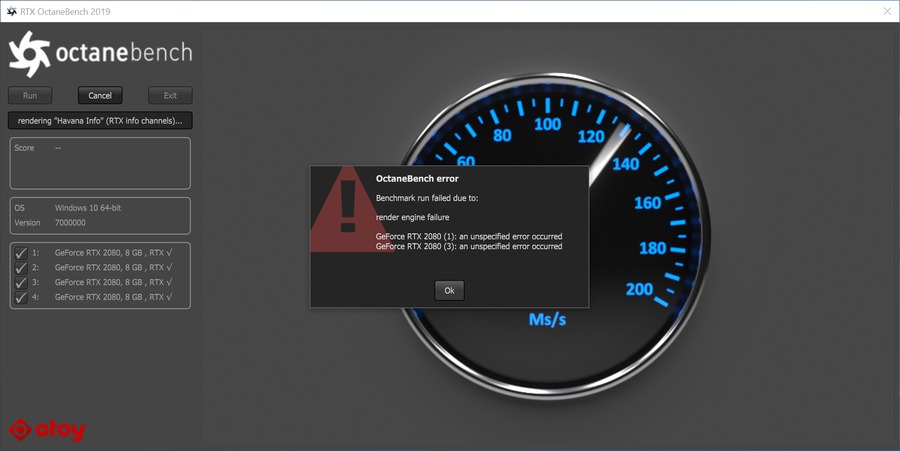 I'm not sure if the final version of OctaneBench 2019 will retain this functionality, but this preview release runs the benchmark test both with and without RTX enabled. The speed-up from having that additional ray-tracing hardware turned on is amazing: nearly 3 times faster rendering! Here is a chart of the official numbers reported by the OctaneBench 2019 preview for these four video cards:

That is a massive speed-up! NVIDIA's RTX family of cards were already faster than the previous generation GeForce GTX 1000-series, but with this additional boost from RTX technology they are going to be the only logical choice for rendering workstations. Further, there will now be a strong argument for upgrading existing render systems – taking care to select cards that are properly cooled.

Lastly, eagle-eyed readers may have noticed that there is an error shown on the third screenshot in the gallery above. That was from a test run we tried with NVLink enabled across the four video cards, and OctaneBench 2019 did not like that configuration. I'm not entirely sure why that happened, but we will be sending a report of that issue over to OTOY for them to check out. As such, the succesful scores we got from the OctaneBench 2019 preview were achieved with NVLink disabled. NVLink isn't likely to improve rendering performance anyway, and in fact might add a little overhead, but it does have potential to allow working with larger and more complex scenes by pooling the graphics memory on connected cards and increasing the communication speed between them.