Over the last few years, AMD has been making great strides with their Ryzen and Threadripper processors, often matching – or beating – the performance from similarly priced Intel options. In fact, ever since AMD launched their Ryzen 3000-series processors last year, AMD and Intel have been neck-in-neck in After Effects performance, making either brand a great choice. 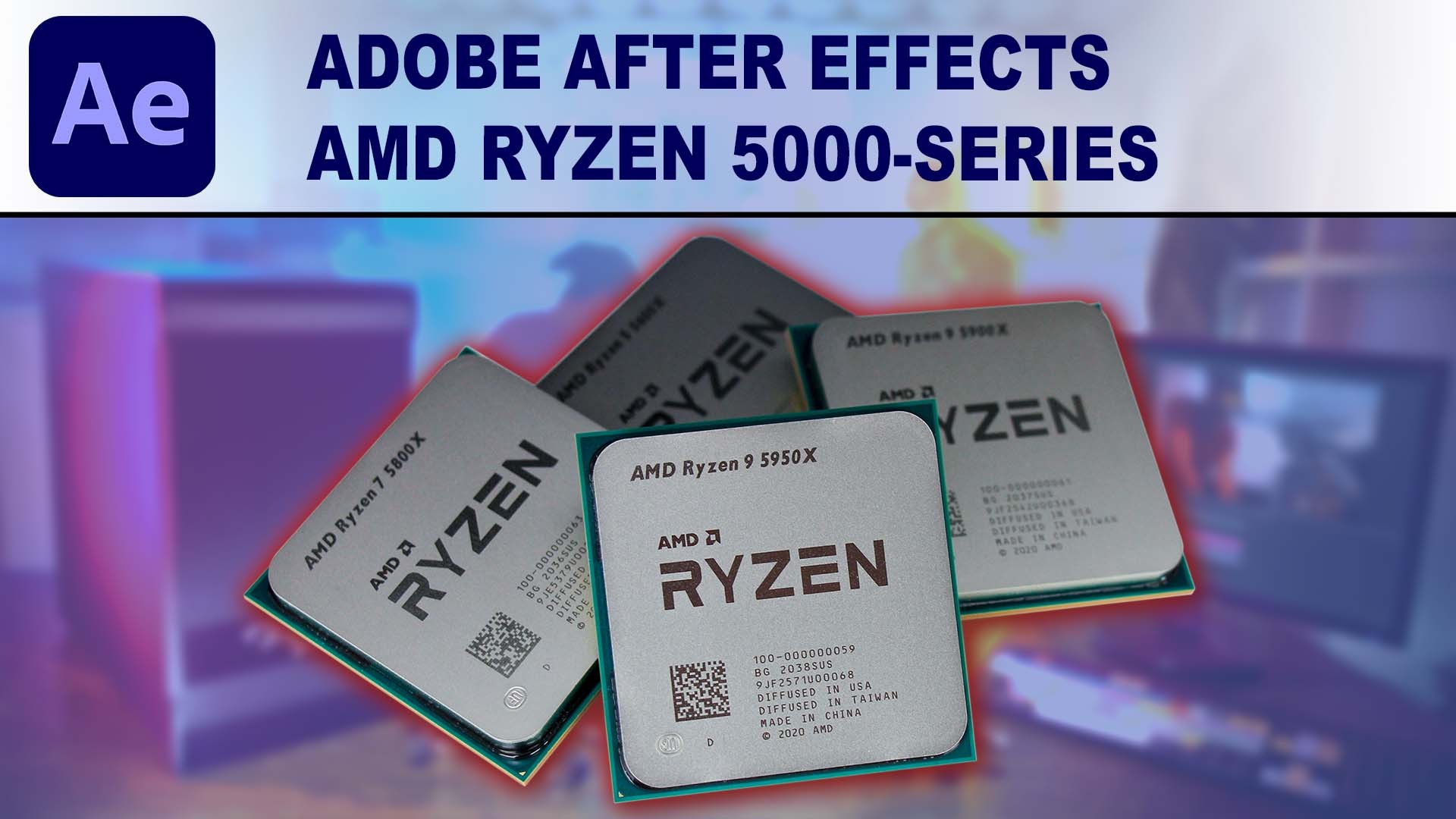 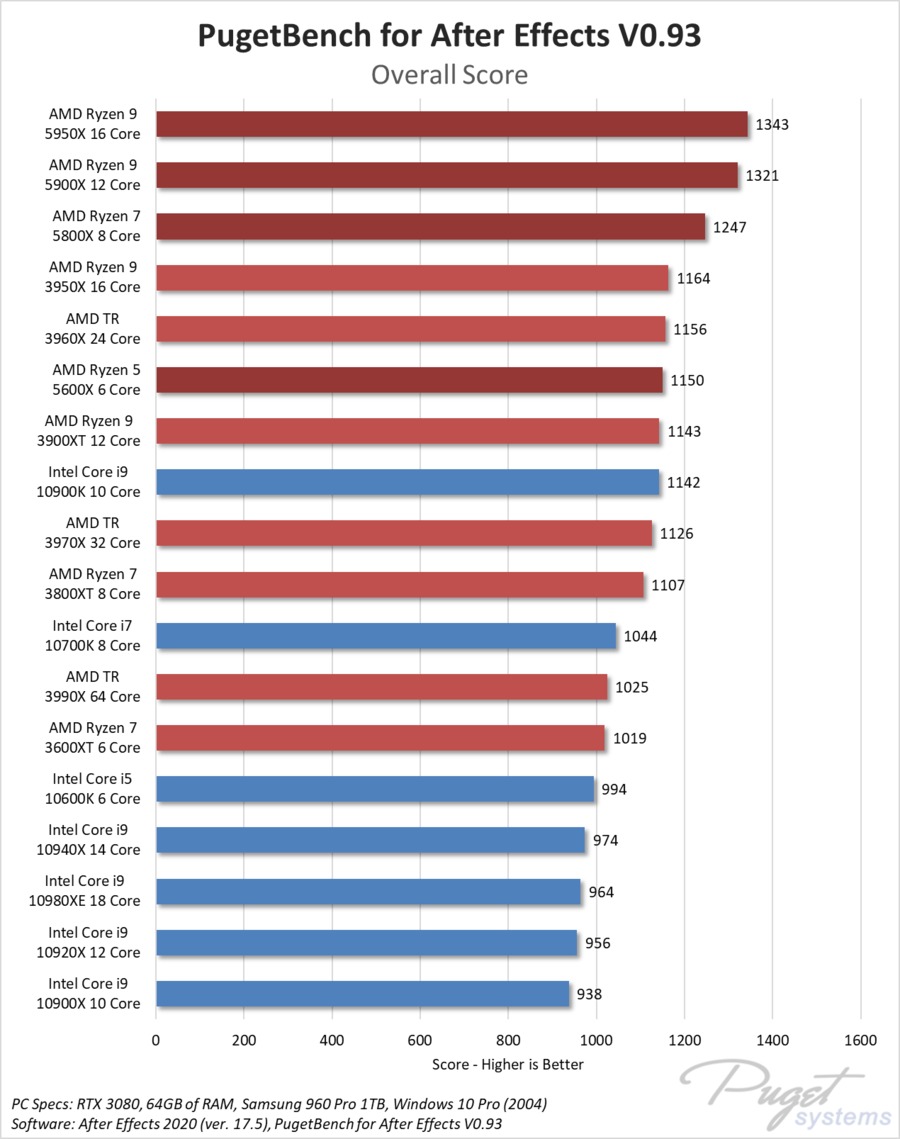 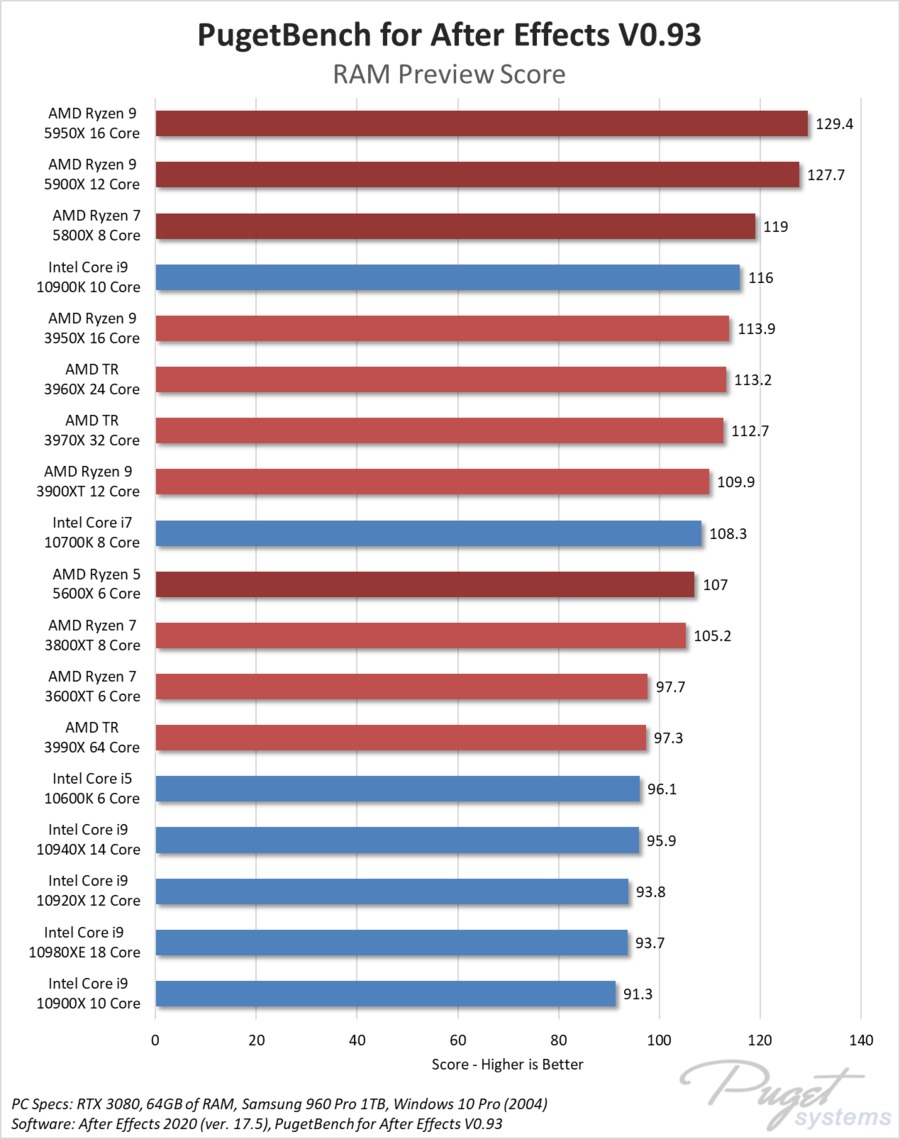 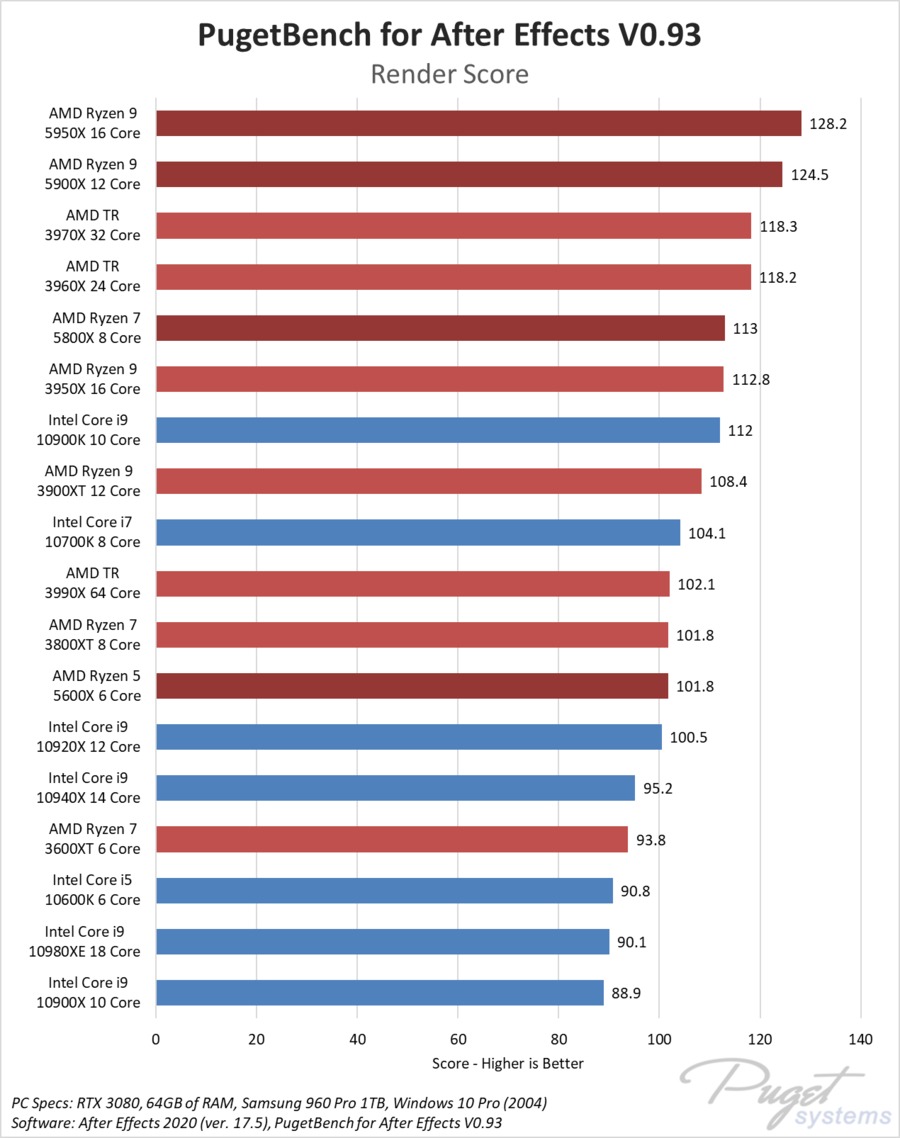 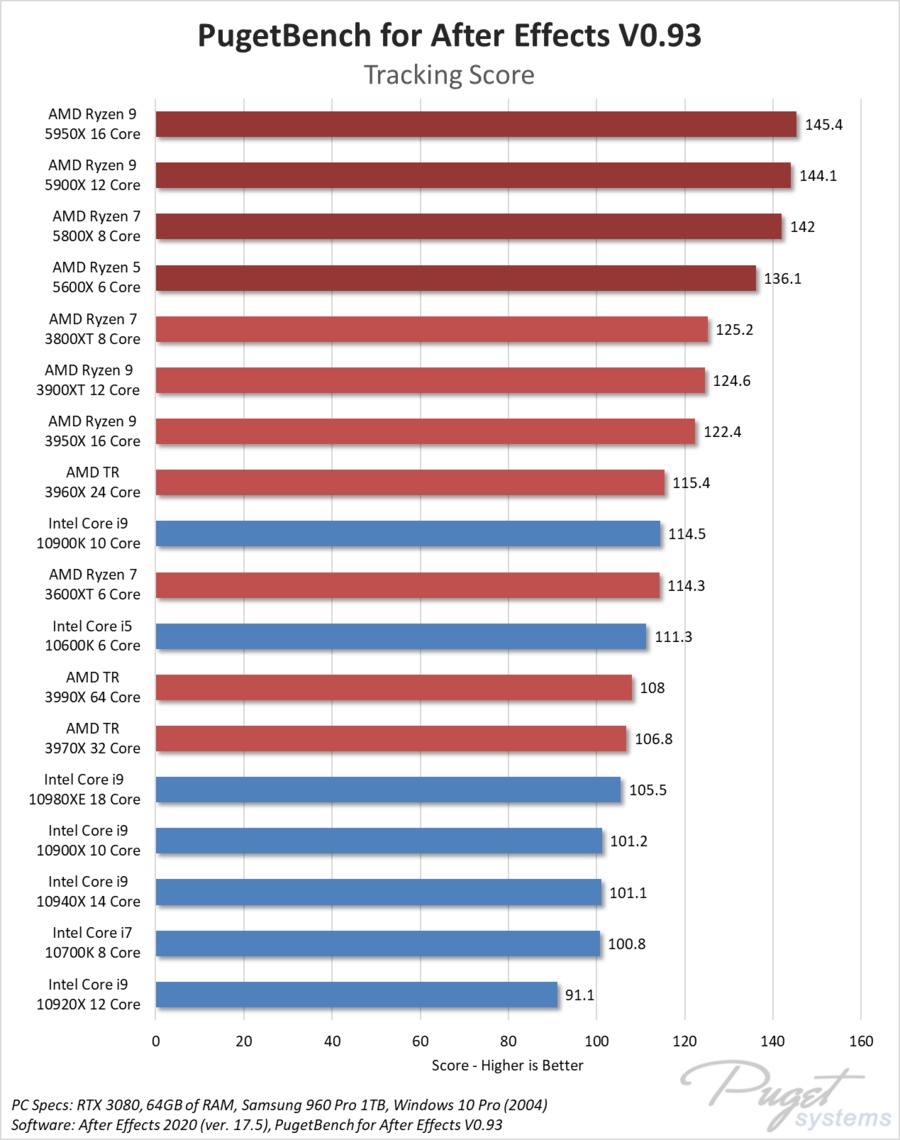 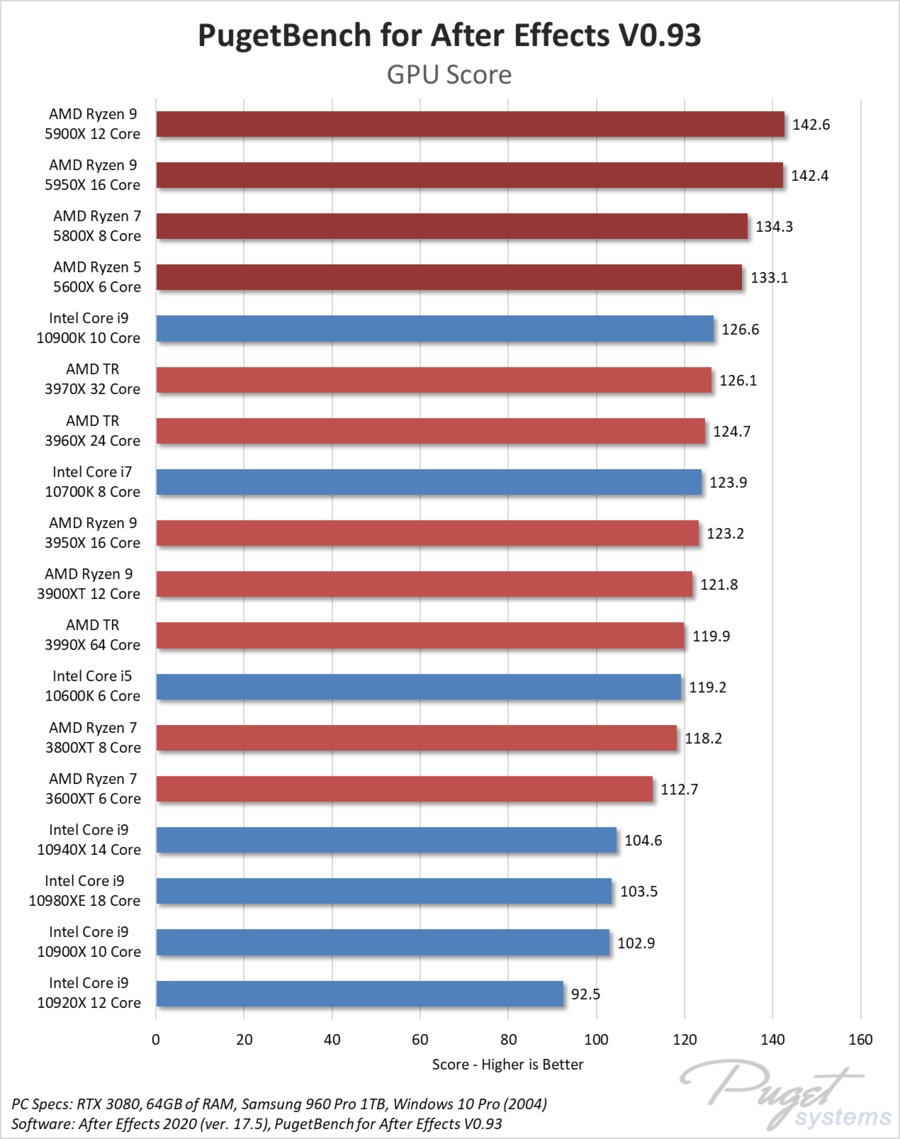 Keep in mind that the benchmark results in this article are strictly for After Effects and that performance will vary widely in different applications. If your workflow includes other software packages (we have similar articles for Premiere Pro, Lightroom Classic, and Photoshop), you need to consider how the system will perform in those applications as well. Be sure to check our list of Hardware Articles to keep up to date on how all of these software packages – and more – perform with the latest CPUs.