Always look at the date when you read a hardware article. Some of the content in this article is most likely out of date, as it was written on February 5, 2013. For newer information, see our more recent articles. 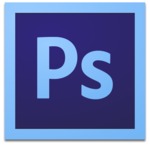 At Puget Systems have always held the belief that a computer's hardware should be specifically tailored to match what the computer will be used for in order to maximize its effectiveness. Different programs make use of hardware in different ways, and knowing how the program behaves is important to determine what pieces of hardware need to be more powerful, and which are not as critical. Most programs can be grouped into categories that have similar hardware requirements, but there are some programs that warrant a bit of extra in-depth examination to discover the fine nuances for that specific program.

The main factor when it comes to RAM performance is simply the speed of the RAM. Obviously, faster RAM is indeed faster, but often the difference is so small that it does not have a measurable impact on system performance. We've looked at this in the past in our Breaking the Hype of High Frequency RAM article, but the focused of that article was mostly on gaming and basic computer usage and not specifically Photoshop. It is entirely possible that Photoshop CS6 can benefit from using higher frequency RAM, so that is one question we want to answer.

The configuration of the RAM is a bit more complicated as it is a multi-part question. The first part is whether it is better to have fewer, larger sticks of RAM or more, smaller sticks of RAM. More physical sticks of RAM allow you to utilize more RAM channels, but you lose some potential upgradeability. The secondary part of this question is if the size of RAM has an impact on performance. 8GB sticks of RAM are much more convienent to use, but if you get better performance out of 4GB sticks you may opt to use those smaller sticks. Usually you would want to use the fewest number of sticks to give you more room to add additional sticks in the future, but this completely changes if performance is at all affected.

The last thing we will cover does not relate directly to performance, but is the estimated amount of RAM you will want in your system. Performance can be drastically reduced if you do not have enough RAM, so when you are in the market for either a new computer or an upgrade, it is useful to have a reference to help you decide how much RAM is right for you. This heavily depends on the sizes and types of files you are working with, but we will be giving some estimations that you can use as a baseline.

To ensure consistent benchmark results, we created a series of "Actions" in Photoshop CS6 64-bit to apply the effects we chose to use for our benchmark run. Each effect was applied with its default options to an image of various sizes to determine if RAM has a greater or lesser effect on larger images. Most of our testing will be done with a 109MB and 250MB image, but we will also do some testing with images as large as 1024MB. To actually measure how long each effect took to apply, we simply enabled the integrated "Timing" feature in Photoshop CS6 which displays how long Photoshop took to perform an action. This method is based off of HardwareHeaven.com's popular Photoshop Benchmark V3 benchmark, but adapted for our uses. The image we used is also from that benchmark, and was simply resized to achieve the larger image sizes.

Photoshop was left at its default settings with the RAM allocation set to 60% and GPU acceleration fully enabled. We ran each benchmark loop four times with the average between each run being our final result. Before changing the test image size (and when changing the installed RAM), the system was rebooted to ensure that there was no errant data being stored in the RAM.


The latest (13.0.1) version of Photoshop CS6 64-bit was used, and to see how the chipset affects our results we used two separate testing platforms consisting of the following hardware:


For our test RAM, we used a variety of RAM at different frequencies. The only RAM that is not at a different frequency is the 8GB version of the Kingston HyperX Low Voltage RAM which we used in our memory configuration testing. For our RAM speed testing we will be using a single pair of RAM installed in dual channel mode.