When Intel first debuted the Core i7 processor line, code-named Nehalem, in late 2008 it made perfect sense.  This line of quad-cores brought several new technologies: Turbo Mode, integrated memory controllers, triple-channel RAM, and Hyperthreading (making a comeback from the Pentium 4 era).  There were three processors at launch, a 920, 940 and 965 – each slightly faster than the one before it, with the '5' at the end of the last denoting that it was an Extreme Edition chip with some unlocked settings to help with overclocking.  Over time the 940 was replaced with a 950, and then 960; the 965 also got an upgrade in the form of a 975. The naming scheme now isn't so simple — let's take a look.

About a year after the i7 was first introduced, Intel created a second processor line based off similar technology, but using a smaller socket (1156 vs the older 1366) and only dual-channel RAM instead of triple.  Instead of using a different name, though, Intel still branded these as Core i7 processors: the 860 and 870, with a third processor named the i5 750.  The 750 ran at a slightly lower clock speed, but was also missing Hyperthreading (hence the name change to i5). 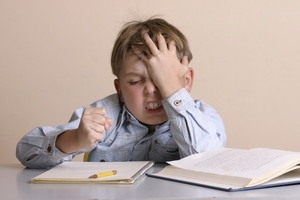 Having two products with the same name but different sockets and specifications seemed confusing, but now Intel has made it much worse: they introduced several new i5 processors at CES, along with some more under the new name of Core i3.  These new chips are all dual-cores, not quads, and the new i5's have Hyperthreading (unlike the existing i5's).  They no longer have on-die memory controllers, meaning slower RAM performance, but the controller is present as part of a second chip withing the processor; that second chip also has graphics.  One 'special' i5 also has faster graphics than all the others, but it isn't the fastest i5 in terms of clock speed – so you have to pick which is more important to you.  The i3s are also dual-cores with Hyperthreading, but they drop Turbo Mode and have slower integrated graphics.  Oh, and to top it off there is a dual-core version without Hyperthreading… but called a Pentium…

So, as it stands, there are now multiple i7 and i5 processor revisions with very different capabilities and requirements.  To confuse things even more, a six-core chip is rumored to be coming for socket 1366 later this year: early speculation called it a Core i9, which seemed a fitting name, but now rumors say it will simply be another i7.  When the experienced staff here at Puget Systems have to draw diagrams with circles and arrows to keep a naming scheme straight, what chance does a typical user have of understanding it without frustration?  Intel, please keep consumer sanity in mind when naming future products!

For those who are still in the dark, here is a basic chart of the Intel Core iX processors (as of January 2010):