While cleaning my garage this summer, I came across what remained of my music collection: about of 300 CDs consisting of jazz and classic rock. It's been three years since they’d seen the light of day, so I decided to donate them to a local thrift store. What was worth thousands of dollars me to a few years ago, was worth less than a tax write off today.

There’s no going back to CDs in our home. My kids wouldn't know what to do with them, and I'm not sure if we still own a CD player. 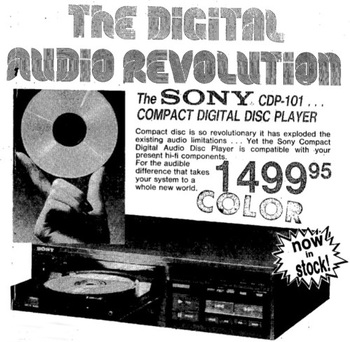 I still listen to more music than ever before, but it's all about the streaming today. Three years ago I took some flack for claiming that ownership of music and other media were dead. I may have overstepped a bit to make a point, but I wasn't that far off.

In that time, Spotify has gone from 8 million to a staggering 40 million paid customers. 2015 was the year that revenue from streaming services surpassed that from physical formats. If 2016 projections are correct, less than 30% of revenues will be driven by physical formats by the end of the year.

A similar format change is happening to software. Adobe now has 8 million subscribers to its popular Creative Cloud suite, and Microsoft has 60 million Office 365 customers paying a monthly fee to use the popular office suite. It's easy to see that the day of purchasing software and paying for upgrades is coming to an end. Last year I bought a small password management utility for $40. That same product is now three bucks a month. That's the future of software in a nutshell.

I talk to people who are passionate about owning their music or movies or applications. Maybe they don't like monthly fees or are concerned companies will raise prices without notice. Others struggle to transition from an ownership to rental model. Those are legitimate concerns, but not enough to slow the tide.

If you're looking for a streaming music service, give Google Play Music or Spotify a shot.

Spotify has the most polished Windows, iOS and Android apps. It's also been aggressive in rolling out clever music discovery features like Discover Weekly and Fresh Finds. If the bulk of your listening is done via playlists, Spotify is your best choice. If simplicity is paramount, no need to look further. Spotify doesn't make phones or dabble in search engines. They just do music streaming and it shows with a mature and confident product.

But the killer feature of Google Music is that it includes a subscription to YouTube Red. That means you can enjoy YouTube ad-free if you're a Google Play Music subscriber. If your kids are anything like mine, they spend a lot of time watching video on YouTube. Just be aware that if you test YouTube Red with them, you'll have a hard time convincing them to give it up.

While music streaming services have stabilized, video streaming is still a bit of a mess due to exclusive content deals. I'll take a look at that at a later date. Until then, fire up some Chris Botti or Vince Guaraldi.

What streaming music service is your favorite?