Barky Bark and the Funky Bunch

Being stuck at home can be a significant challenge but having your pets nearby is always very calming and helpful. We are huge animal lovers, and it shows in the numbers :) The animals have all very quickly adapted to the stay-at-home orders and appreciate the extra time around us.

My wife Natasha and I have 2 dogs, 3 cats, and a horse. They are our family so we spend a lot of time with them and try to do everything with them. Even the youngest cat goes on road trips, the older ones don’t enjoy it anymore but they used to as well. We have worked hard to get here, but also are extremely fortunate to have a great deal of distance between neighbors and the general public so spending time outside, albeit only on our property or in the surrounding neighborhood rather than public spaces, is much easier than what many other people experience.

Where we live has a very low population to begin with and the lack of tourism also prevents all the public spaces from being even remotely busy which makes it far easier to still go out for training and recreational activities with the animals.

Arnold is a Yellow Labrador Retriever, born in 2004(est) that I adopted from a shelter in Oregon many years ago while on a road trip. I went to the shelter to get my animal fix while on vacation and fell in love with him over 3 days. The shelter brought him to a Country Fair to try and adopt him out and I told myself that by the end of the fair if he wasn’t adopted, he would ride home with me. Guess what happened :) Arnold was a troublemaker right from the get go and needed a decent amount of training but deep down is a VERY good and intelligent dog. Arnie was a big runner in his younger days and absolutely loved to swim (one of the pictures is of young Arnold, can you spot it?). He has since lost all his hearing and some of his vision, has really terrible Osteoarthritis in one shoulder so carries his paw around instead of running but still loves to swim and has weekly hydrotherapy to help with his pain and strength. He has a number of tumors (including one in his brain) but all of them are benign and don’t bother him, yet. He has been one of the best dogs I’ve ever known and is absolutely FULL of love for everyone in the family and any new people/animals he meets. He has fallen in love with our kitten Rayne.

Daisy is an Australian Cattledog mix, born in 2005 that was found in a box in Tucson many many years ago (lol she is an old girl). She loves the Chuck-It ball, though not fetching, just chewing it. She is VERY attached to Natasha and follows her everywhere she goes, keeping a watchful eye on Natasha at all times. Daisy has been a fiercely loyal family member and has kept us active and entertained for many years. She is the sweetest girl and in her old age has started cuddling more even though she overheats quickly. Daisy Dukes is mostly blind and starting to lose her hearing as well but is still an energetic, bright and happy girl that loves the beach and walks through the forest.

This is Rayne, the newest addition to our family

Rayne was born in 2019 and is a foster failure. While we have been fostering for a dozen years, we have had two failures in that time and Rayne is the most recent. He was a feral kitten captured alone. The primary reason he stayed is the connection he made with Arnold. He is not nearly as loving toward the humans in the house but adores the other dogs. I say other dogs, because he acts exactly like a dog himself. He goes out with the dogs, wanders the property by their sides, comes when you call, will go on short walks with us through the neighborhood and woods, and sleeps on the floor or dog bed rather than any cat bed we provide. He regularly cuddles and kneads on Arnolds neck, purring all the while. He has yet to purr for us lol. He is a wonderful addition to the family, even if he isn’t the best at ‘catting’. 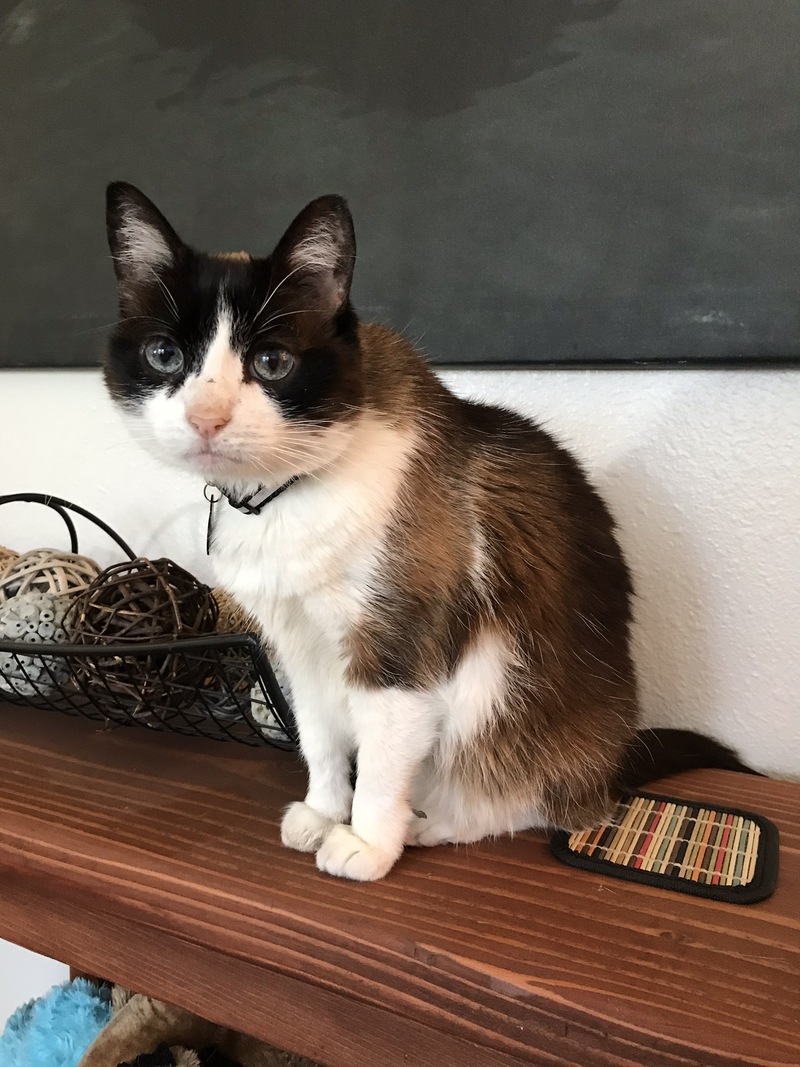 Kahlua was born in 2003 and was the only survivor of a barn cat litter. The mother passed away before she could get the much needed colostrum from mothers milk and has had a tough life right from the get go. Being underweight and needing frequent feedings, numerous illnesses including a bought of jaundice for some never determined reason, and her brain does not operate properly lol. She is a loving cat and is very happy to be a part of this family even if she doesn’t exactly know how to cuddle or show affection besides standing on your chest for a few minutes and then running away ‘angry’. :)

Martini was born in 2006 and was found in a feral colony down in Phoenix AZ. She was clearly not a feral as she walked right up to Natasha and rubbed on her legs, immediately purring and melting into Tasha’s arms after being picked up. Our theory is someone dropped her thinking that there were plenty of other cats in the area and she would be fine :( We posted flyers and advertised best we could and no one ever came forward so she stayed with us. Even though Natasha is the one that rescued her, she has formed a significant bond with me, cuddling me every chance she gets or sitting on my lap at every inopportune moment she can find. 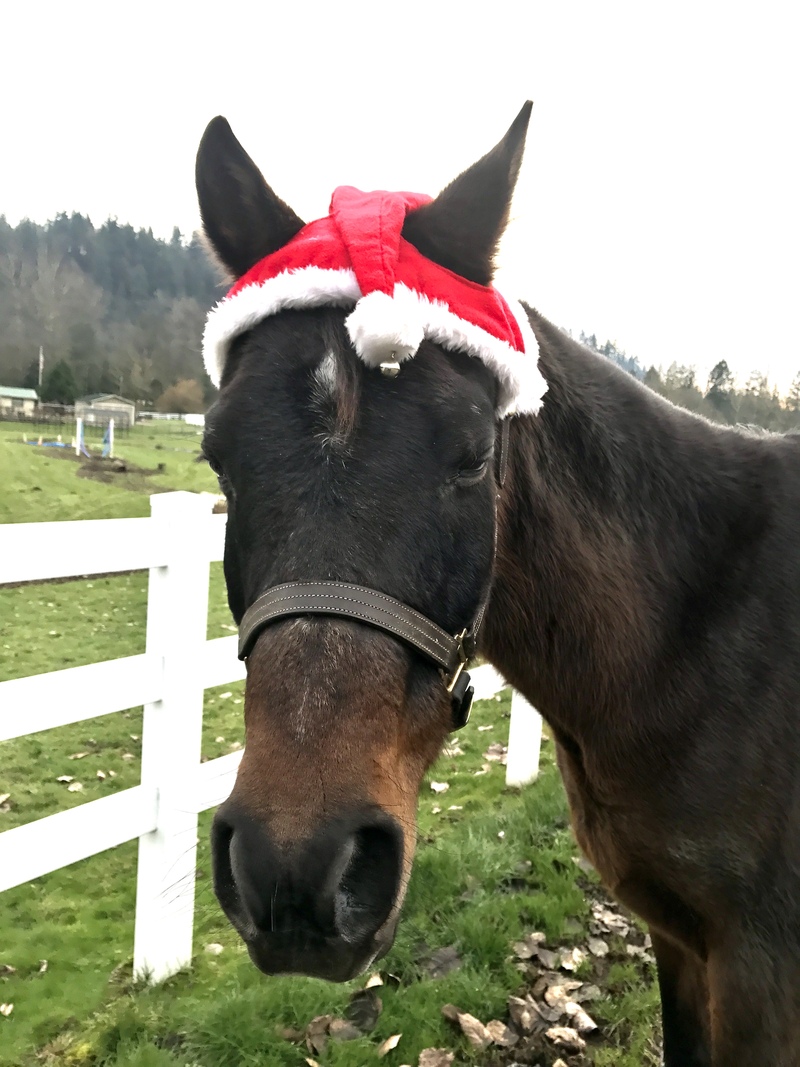 Rocky, AKA Lion’s Legacy as is his legal name. Rocky was born into privilege. His father, Lion of Judah was a champion Arabian in AZ. Rocky was not ‘champion material’ so he was gelded (neutered) and sold. My wife met him in 1998, abandoned by his owner at the ranch where she cleaned stalls in exchange for riding lessons. She got permission to exercise and care for him then purchased him in 1999 when she was 12 years old. He absolutely loves to play with toys such as cones or ropes and loves swinging them in circles around his head. He also adjusts exceedingly well to the riding style of whoever is on him: he’ll be a brat for a more experienced rider but then significantly calm down and be very gentle for kids, disabled or otherwise inexperienced riders. One of his favorite things to do is run full speed across his pasture then come to a last second stop right in front of you while flaring his nostrils lol. This scares the willies out of most people and you can almost see him laughing. He also likes to gently step on your toes sometimes but knows he is doing it and recognizes quickly, it almost seems intentional :) 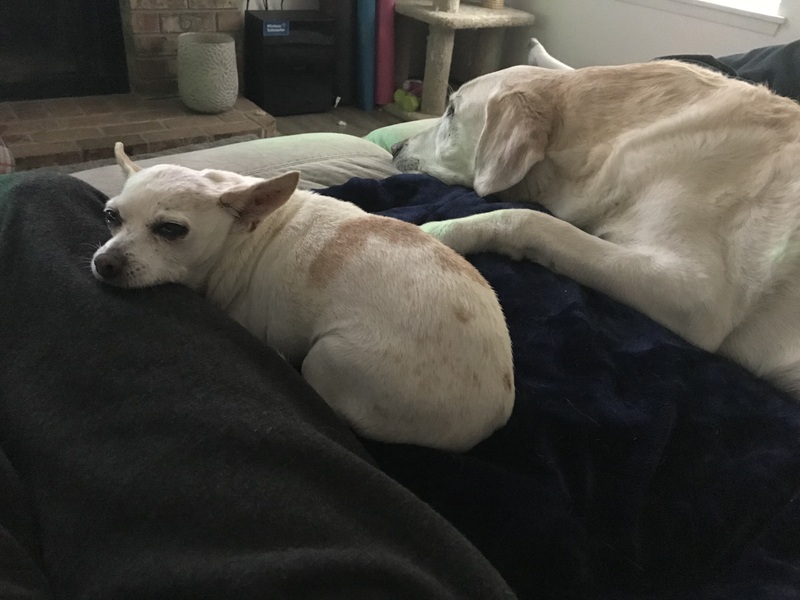 Chica-Monkey was 14 when she passed and was a breeding chihuahua we originally fostered after a rescue from a shuttered breeding facility. She was kept in a small cage her entire young life basically going from one pregnancy to the next. This caused a great deal of deformation in her hind quarters along with significant physical ailments. We tried (though not very hard lol) to find her a home through the Chihuahua placement program down in AZ, but she melted everyones heart so she stayed with us. She was not the typical chihuahua however. She had the brightest, sweetest, most loving personality of any dog I had ever met. She couldn’t run like a normal dog and instead loved to spin around in place so much to the point that even I would get dizzy. She was a lover and appreciated any warmth she could find so she loved to cuddle. Chica (named by our nieces) is missed everyday.