SubVRsive is an Emmy-nominated Virtual and Augmented Reality company based in Austin, TX. They help brands create immersive experiences that engage their audiences and help them tell a story. Their customers include Google, Walmart, Ford, AMD, and Showtime Sports, to name just a few.

One recent project included their first dive into Photogrammetry. A graffiti park, that had become an Austin landmark, was scheduled to be demolished. The team at SubVRsive decided to preserve the landmark by making a VR game out of the park where one could walk around and explore the artwork. SubVRsive used two drones and four Canon DSLRs to take over 9000 photos, capturing every inch of the park. They then used Agisoft Photoscan to create a 3D model of the park.

Given the sheer number of photos it took to cover the park, the process took two weeks to render the finished product. The end result is the unique beauty and personality of the park that has been preserved for future generations to enjoy. 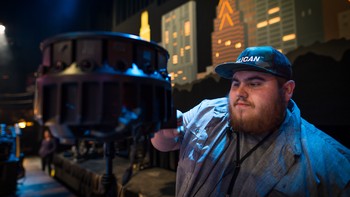 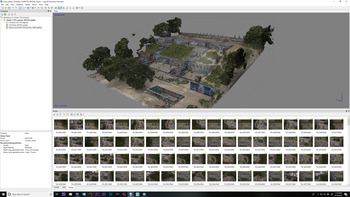 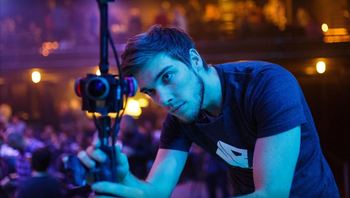 For 360 video, it all starts with stitching. SubVRsive uses software like Mistika VR or Nuke with Cara VR to bring in footage from multiple cameras that make up the 360 array. The engineer then synchronizes everything and looks for feature matches between angles to stitch the footage together into a single 360 image that can be edited. They typically do a rough stitch of all footage, then an editor takes over in Adobe Premiere.

Once an edit is locked in, the engineer performs a fine stitch of all the footage that made the cut. Once the fine stitches are online, they take the footage back to DaVinci Resolve for color before sending it to a graphics and VFX artist to handle any cleanup and rig removal in Adobe After Effects. The last few steps include performing a sound mix in either Pro Tools or Audition before completing the final review and render in Premiere Pro.

According to the VP of Content and Co-Founder of SubVRsive, Ryan Thomas, the challenges he faced with previous computer systems were all performance related. He expressed frustration over how slowly his computer exported videos and motion graphics and said the computer would freeze when it couldn't keep up with edits.

“Immersive content can be extremely demanding on hardware, and as we started to push beyond 6K resolutions at high framerates, we needed systems that we knew were up to the task.”

Before finding Puget Systems, SubVRsive employees built their own PCs. Thomas admits: “We are hardware nerds, but we don’t have in-house IT, so as we grew we needed a solution that provided more performance, reliability, and service."

Building their own workstations took time away from customer projects and honing their content creation skills. They were also on the hook to diagnose and deal with any technical issues. Thomas and his team began to search for workstations that would provide better performance without sacrificing reliability and value.

SubVRsive recently completed a project that showcases how far they are pushing this new technology. The team at SubVRsive produced a 10 episode VR series in partnership with Google around the 43rd season of the PBS show, Austin City Limits. The project was 6K by 6K stereoscopic 3D at 60 frames per second. For each performance element, they cut together six of those 6K x 6K / 60FPS 360 cameras using 2K proxy workflow in Adobe Premiere before grading the 6K files in Davinci Resolve. Between raw footage and stitched together content, they had over 100TB of content to edit down to 10 episodes. 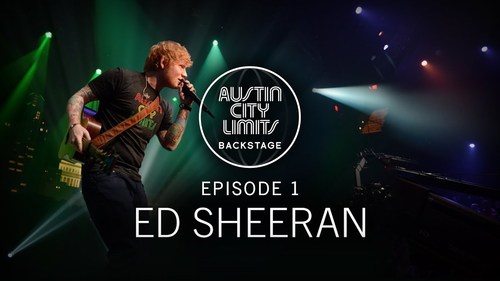 SubVRsive researched various options across a number of custom workstation builders before deciding on Puget Systems. Increasingly complex VR projects were taxing their self-built workstations, and they needed a better long-term solution.

SubVRsive worked with Puget Systems consultants to come up with workstations that are optimized to take advantage of the software packages their engineers and artists use each day, which are primarily Premiere Pro CC and After Effects CC.

"Both workstations had zero downtime or hiccups during the rendering process and stayed cool even under extreme use - days of 100% CPU usage at a time." ~ Ryan Thomas, Co-Founder