Contractor Nation is a network of home improvement, repair, and service contractors. They are dedicated to helping contractors grow and thrive. Puget Systems worked with Brandon Carr, who is the IT Team Lead at Contractor Nation, to build a solution that fit both how his team works and within a defined budget. Carr's team is in charge of making sure they are leveraging technology for the benefit of their coworkers and dealers.

In addition to providing coaching, training, marketing, team building and sales expertise to home improvement contractors, Contractor Nation also offers patented products that many consider to be the best on the market.

Our track record sets us apart from everyone else. There’s nobody doing quite what we do for as long as we have.

Puget Systems worked with Carr to configure systems that easily handle all these applications. They settled on a combination of CPU and GPU performance and reliability: An 8-core processor with relatively high clock speed along with the high performing GTX 1080 GPU from NVIDIA. Two Samsung 860 Pro SSDs provide plenty of internal storage.

The video below is an example of the content Carr's team created using a workstation from Puget Systems.

Contractor Nation faces many technical challenges when trying to balance the needs of an internal and external audience. Simply put, their job is to make sure the designers and engineers can work on their projects with as few issues as possible. Any interruption to the workflow can disrupt the creative process and prolong the time needed to complete projects.

Carr and his team needed workstations that could smoothly handle multiple Creative Cloud applications simultaneously, and turned to Puget Systems for help. 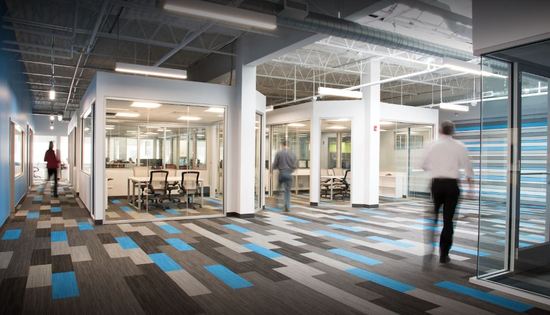 Using Puget Systems to build these workstations gives us peace of mind knowing that their computers are suited for their needs and allows us to focus on our other responsibilities within the company.

After researching many options, Contractor Nation settled on purchasing workstations from Puget Systems that were optimized for their workflow. Puget System's reputation for building robust and reliable workstations helped win over Carr and his team. In his words, "We appreciate the fact they took us through each step of the workstation being built and properly tested, along with their support which has always been fast and helpful."