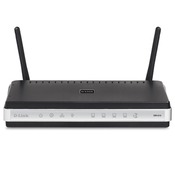 There are many ways that computers communicate with both each other and various other devices; wireless networking (not to be confused with wireless keyboards and mice) is just one of those ways. Wireless communication devies have greatly advanced over the last few years and are now very common in many households and businesses.

Most wireless networks consist of two basic components: a wireless access point (most often a wireless router) and connected wireless devices (such as a computer, tablet, or WiFi-enabled phone). Most devices support multiple protocols to improve backward compatibility, but in order to support older devices a wireless network must run at the speeds supported by the oldest connected device. Unlike wired networks, the speed of a wireless network can fluctuate greatly depending on the supported speed of the hardware as well as many different environmental variables such as walls and interference from other devices. In this article, we will be covering the basics of PC wireless to give you the knowledge necessary to understand current wireless technology to help you get the most out of your wireless network.

This article is very lengthy, so feel free to skip ahead to any section that you are more interested in.

Since the start of widespread adoption in 1999 the 802.11 standard has had four main protocols, many of which are still commonly found today. These standards are simply a set of guidelines that wireless manufactures have to follow in order to maintain compatability with other wireless devices.


Out of the four protocols above (802.11n is listed twice since it is available in both 2.4 GHz and 5 GHz variants), only 802.11a is rare to see. Slightly older networks or networks that need to support older devices will tend to use 802.11b or 802.11g, while newer networks tend to use 802.11n. One problem that causes quite a bit on confusion for those not familiar with wireless networking is the two variations of the 802.11n protocol. Within 802.11n, you can use either the 2.4 GHz or 5 GHz frequency, utilize either 20MHz or 40MHz of bandwidth (although 40MHz is limited to the 5Gz frequency only) and can use between 1 and 4 simultaneous data streams (MIMO streams) which makes it difficult to understand what you are getting and what you want to use. Depending on the number of MIMO streams and the bandwidth, the speeds of 802.11n can range between 72.2 Mbps to 600 Mbps. This gives a very wide range of expected speeds when using 802.11n that will depend on your wireless card, router, and the ambient environment.

It's worth noting that at the time of this article, there are no wireless adapters that support true 600mbps transfer rates. There are cards that claim speeds of 600, 750, or even 900mbps, but when you actual get into the specs you will find that they cannot actually transmit data at those speeds. These devices are dual band adapters that essentially allow the device to connect to a network twice. The result is just like if you connect two ethernet cables to your PC as it theoretically doubles the amount of data that can be transferred between your computer and your network. While great in theory, this does bring about some complications that can cause the network to run at less than optimal speeds. Interference is a major issue with wireless networks, and because you are transmitting a lot of data at once over two separate wireless signals, the two signals can easily cause interference problems with each other resulting in performance degradation.

MIMO streams allows a wireless device to send and receive multiple data streams simultaneously. This is what allows 802.11n to be up to four times faster than 802.11g. MIMO streams can be utilized in one of two main ways. If only a single device needs to transfer data to your wireless access point, the device can use as many of the MIMO streams as it supports to transfer the data as fast as possible. MIMO streams can also be used to completely separate the data streams from two different wireless devices, allowing each to operate at the full speed available on that stream without interfering with each other.

Most wireless devices will self-manage this process to help keep the network running as smoothly and quickly as possible. Even if your computer does not support multiple MIMO streams, your network can still benefit from a wireless access point that supports multiple streams since the access point will automatically separate the connected wireless devices into separate MIMO streams. This allows each device to transfer data at the highest possible speed.

If you want to know more about MIMO streams, we recommend reading the Wikpedia article on MIMO streams for more information.

Most wireless devices use one of two frequency bands: 2.4 GHz or 5 GHz. 2.4 GHz is by far the most common, but 5 GHz has been making a comeback in recent years. 5 GHz was first introduced in 1997 with the 802.11a protocol, but never gained traction due to its limited range. However, the transmitting power of wireless devices has improved in recent years, so it has been making somewhat of a comeback in recent years. There are three major points in which the performance of the 2.4 GHz and 5 GHz frequency bands can be compared: speed, interference and range.

Speed:
In terms of raw speed, 5 GHz is the easy winner. In the 802.11n protocol, the 40MHz bandwidth can only be used if the wireless device is operating at 5 GHz. Bandwidth directly affects speed, so twice the bandwidth means twice the theoretical speed. The 5 GHz band also has less interference, which additionaly results in higher speeds. Later in this article we will be looking at the real-world performance of both 2.4 and 5 GHz networks, but feel free to skip ahead if you want to view that data now.

Theoretical Range:
In terms of speed and interference, the 5 GHz frequency easily beats the 2.4 GHz frequency, but the main problem with 5 GHz is range. As seen in the graphic below, the distance between each of the peaks and valleys of the 5 GHz wave is much closer than that of the 2.4 GHz wave form. This shape makes it much more likely to contact physical objects between the transmission and receiving locations, resulting in lower signal strength. Because of this, a 2.4 GHz wireless network will have a much greater range than a 5 GHz network.

Effects of Frequency on Range 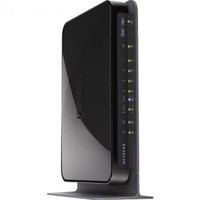 Our office at Puget Systems has plenty of walls, a second floor, and a large open warehouse space. This gave us a great look at how the signal strength for a 2.4 GHz and 5 GHz network compare in various environments. We used a heatmap to display our findings because it provides an easy to read visual indication of signal strength. The wireless router was positioned on the first floor in the corner of our office (shown as a blue icon on the heatmap).


As you can see, the 2.4 GHz signal strength is much better throughout the office. Where the 2.4 GHz is able to provide >50% signal strength to most of the main office area (including most of the second floor) and >40% signal strength to even the farthest corners of the warehouse. Comparatively, the 5 GHz struggles to keep the signal strength above 50% after going through just a couple of walls. The amount of signal drop-off that occurred on the second floor with the 5 GHz frequency was a bit of a surprise to us. It shows very clearly that if you are in a building that needs wireless access on multiple floors, a 5 GHz wireless network is likely not the best choice.

What this information means is that in a typical 1-2 story house or apartment, the lower range of a 5 GHz network should work just fine. In an office environment where the distance between devices can be much larger, however, the longer range of a 2.4 GHz network may be a better choice.