With the launch of NVIDIA's new GeForce RTX "SUPER" series of video cards, we are taking a look at how the whole RTX lineup performs in Octane. To ensure we cover all current use cases, we included benchmarks for both the current OctaneRender 4 and the upcoming 2019 version, which includes support for the dedicated ray-tracing hardware NVIDIA added in this generation of GPUs. 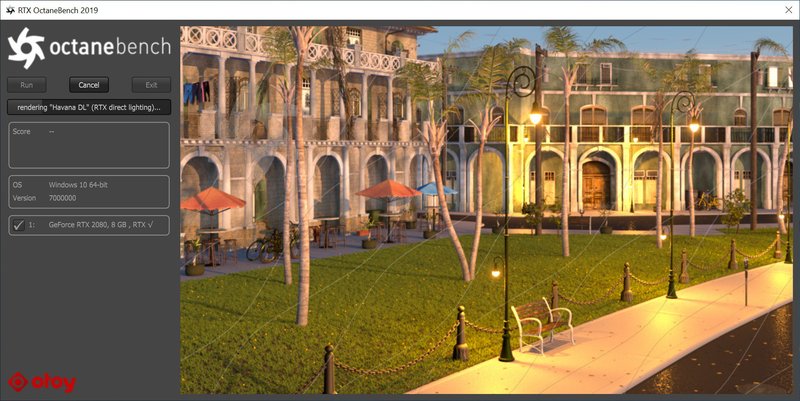 Here is a list of the hardware we tested OctaneBench on. Everything except the video card was kept the same throughout all the test runs, to ensure that no other specs could impact performance. The operating system was a fully updated installation of Windows 10 Pro.

OTOY provides a free benchmarking tool for OctaneRender, called OctaneBench. We ran this tool using both version 4.02.1 and a preview of the upcoming 2019 release, three times per card, and used the highest score for each test / GPU in the graphs below.

Here are the OctaneBench 4.02.1 results for all of the GeForce RTX video cards, along with the TITAN RTX for good measure, sorted from most to least expensive - with the new SUPER series cards in a darker shade of green: 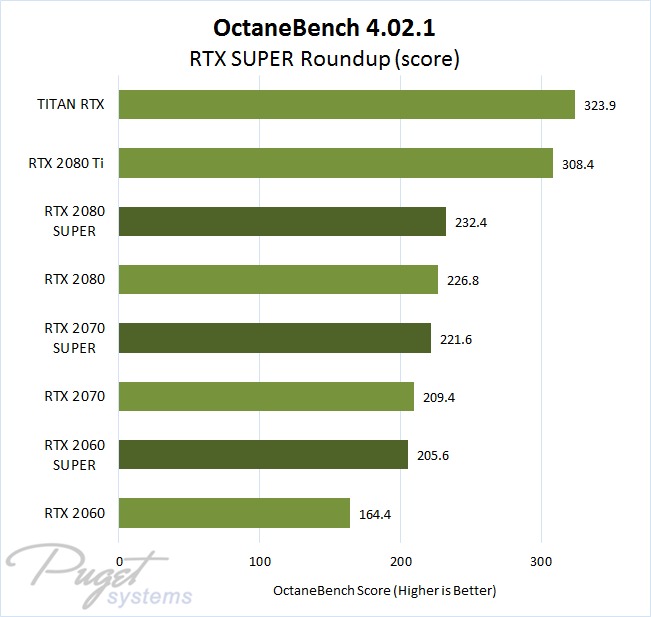 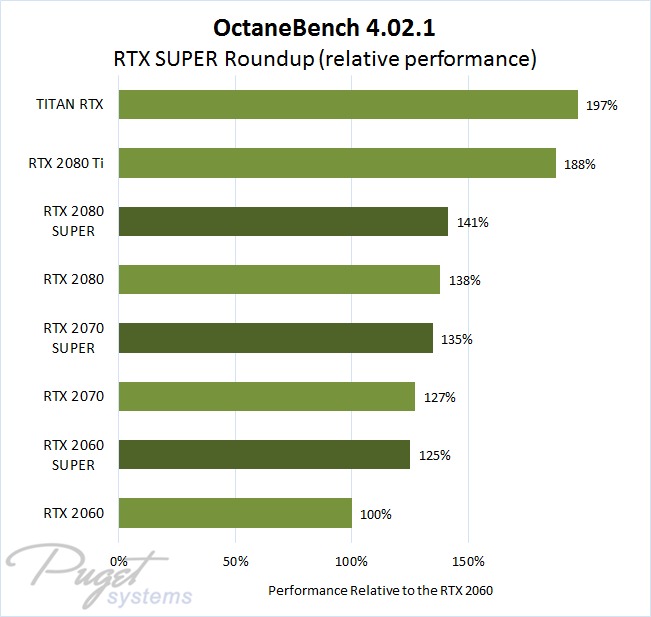 Next up, here are results from OctaneBench 2019 Preview, with RTX technology enabled, across the same video cards: 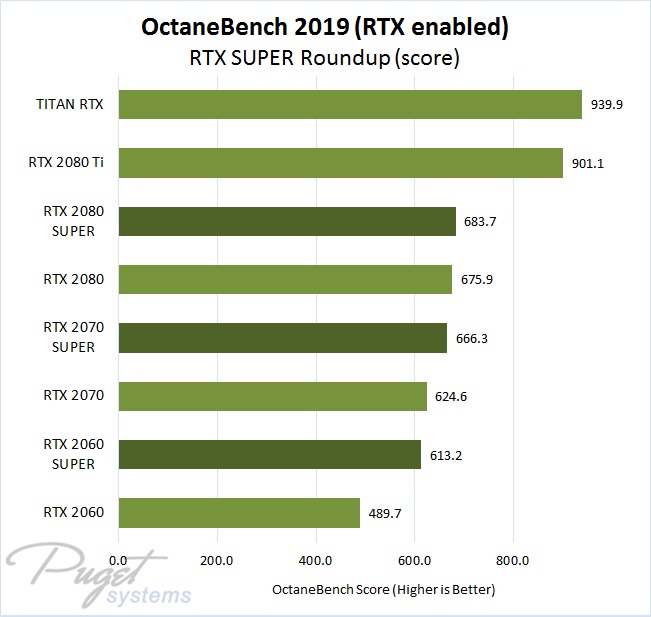 And once more, the relative performance of each card with the RTX 2060 as the baseline: 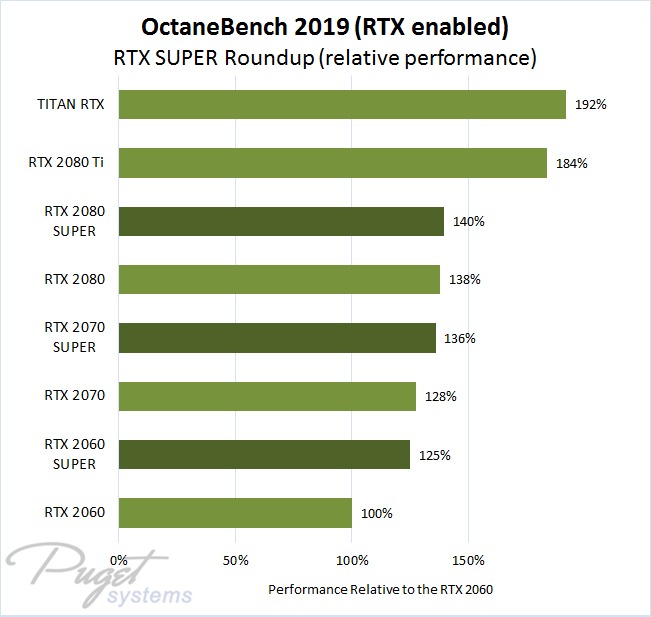 It looks like the new GeForce RTX 2070 SUPER and 2080 SUPER cards are just incremental improvements over the previous models, but since they are the same price as the cards they are replacing that is nothing to complain about. However, the RTX 2060 SUPER is a different story: it is a little more expensive than the vanilla 2060 - but it is also over 25% faster! It has 8GB of memory instead of 6GB as well, putting it on par with the various 2070 and 2080 cards in that regard.

Nothing changed at the top-end of NVIDIA's line, though. The TITAN RTX is still the fastest card overall, but considering that it is twice the price of the RTX 2080 Ti, only about 5% faster, and isn't available in a single-fan (blower style) card it isn't really a good deal. Seemingly the only reason to opt for the TITAN with OctaneRender would be if you needed the larger VRAM (24 vs 11GB) and you only wanted to use a single GPU (or maybe two at most, in a system with tons of airflow). If you need lots of memory space but also want multiple GPUs, take a look at the Quadro RTX line instead.

Conclusion: What Are the Best Consumer GPUs for OctaneRender?

Because of the Titan RTX's cooling limitations, and how well Octane and other GPU rendering applications scale across multiple cards, the best choice for most users is going to be the GeForce RTX 2080 Ti. The new RTX 2060 SUPER also offers great performance for the price, and the other SUPER series cards provide small increases in rendering speed for the same price as previous models.