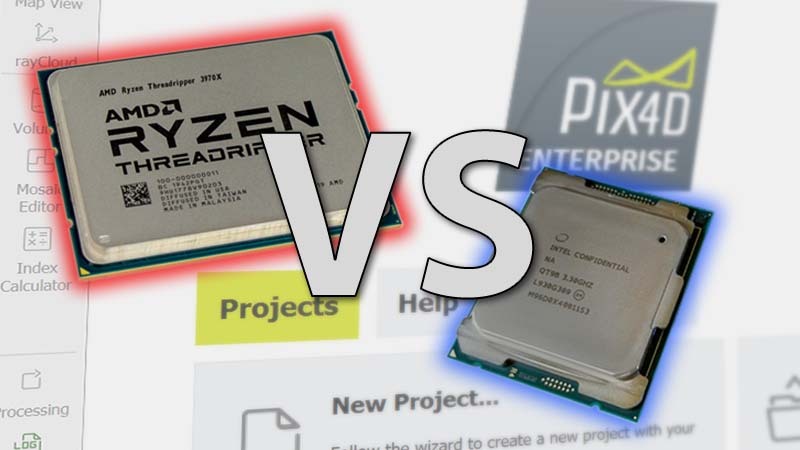 For this article we are taking a look at how these new processors compare against each other, the previous generation they are replacing, and their mainstream desktop counterparts. The focus is on photogrammetry processing in Pix4Dmapper, using a benchmark tool we developed here at Puget Systems. More info about this utility is available in the Benchmark Details. 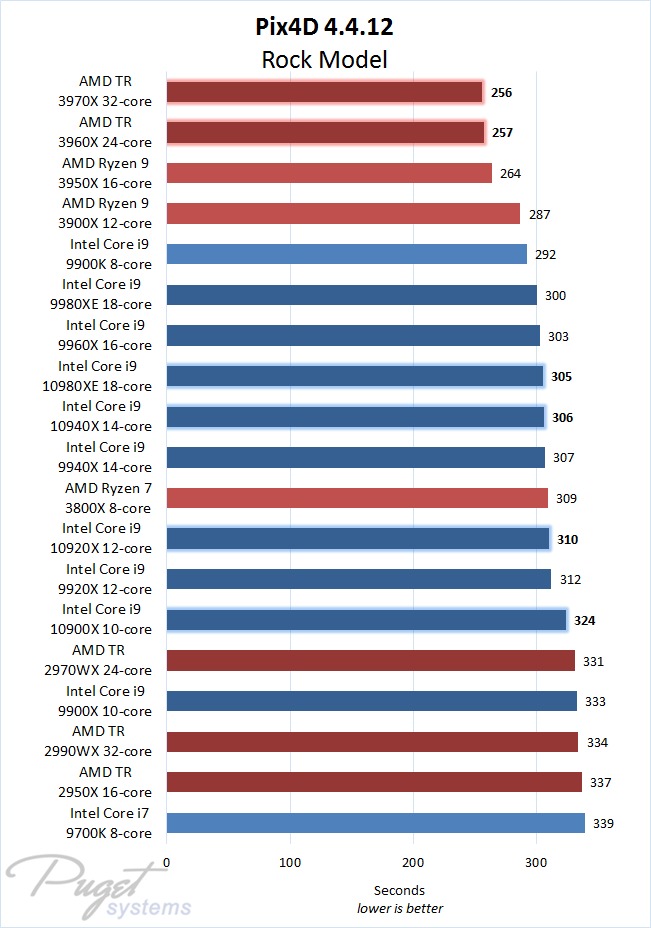 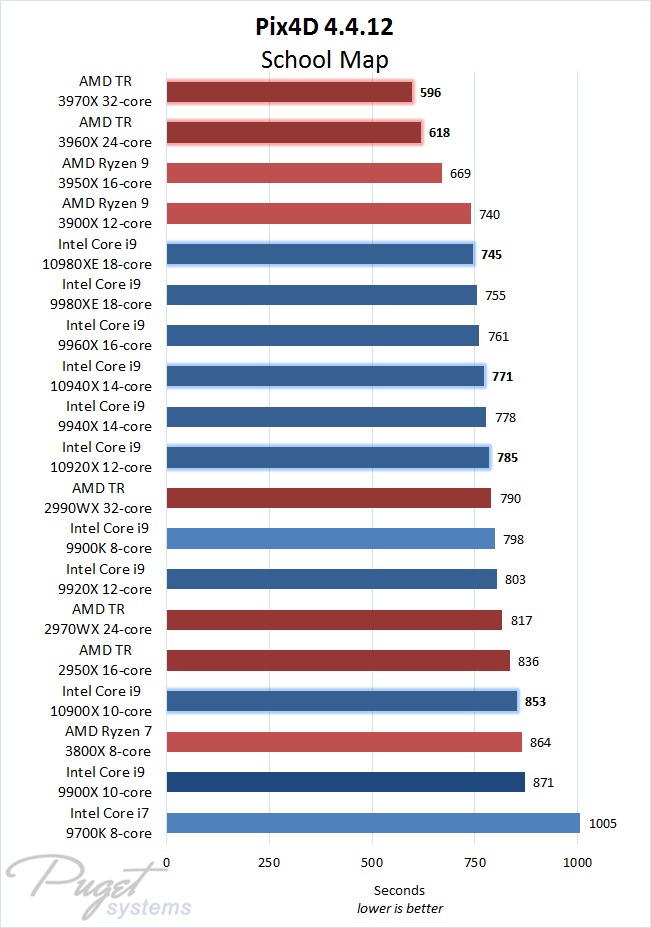 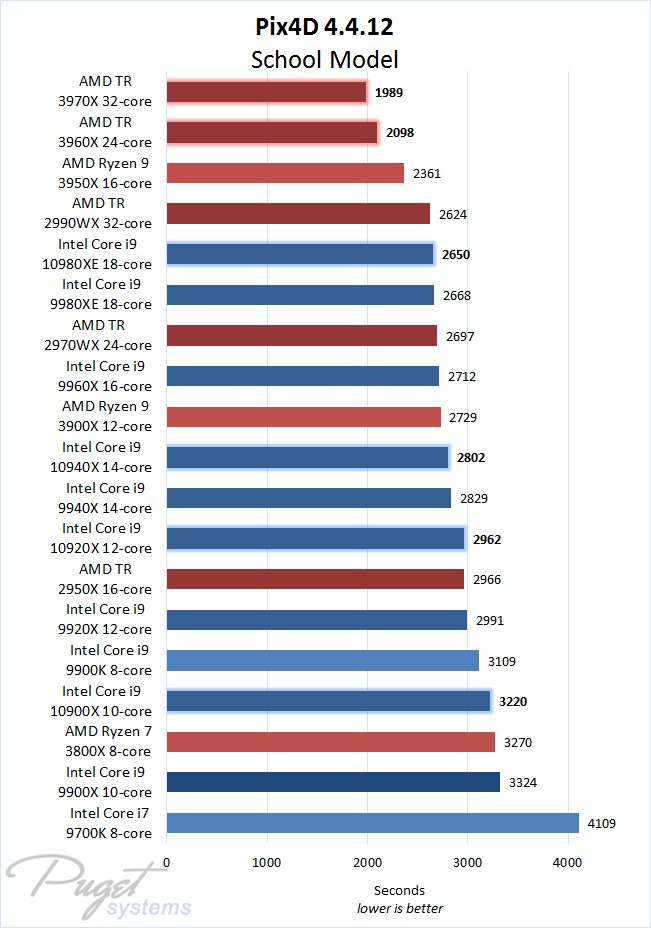 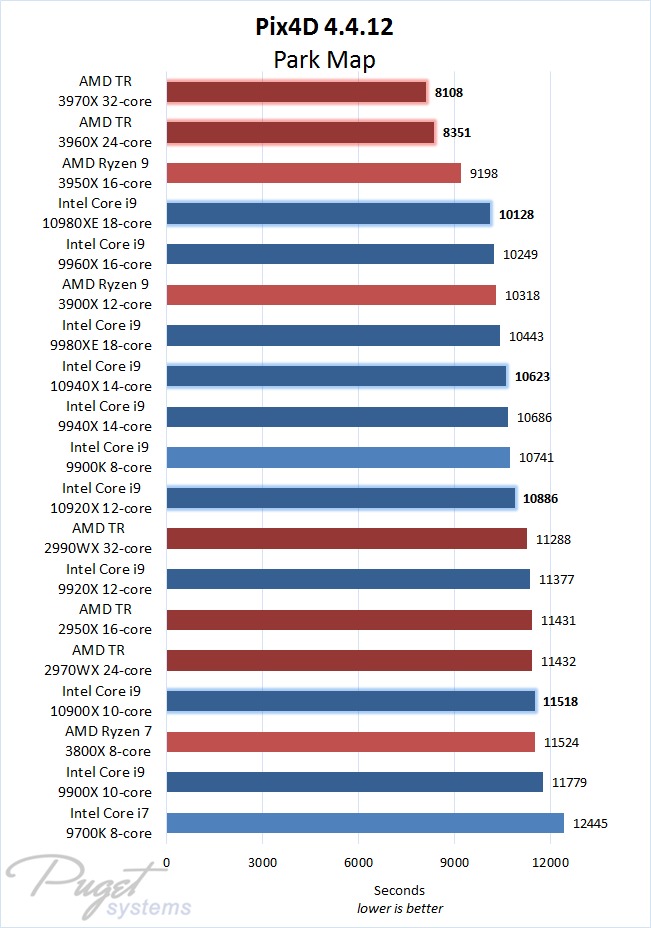 Intel's new Core X processors are pretty much on par with their predecesors in Pix4D, possibly a little faster, but for half the price. That is a great increase in value, if not in raw performance, but it isn't enough to beat AMD. The new Threadripper 3rd Gen CPUs are far faster than the previous generation, processing projects in 25-30% less time. There isn't much difference between the 3960X and 3970X in Pix4D, though, with the 32-core model coming in only 3-5% faster for a $700 increase in cost.