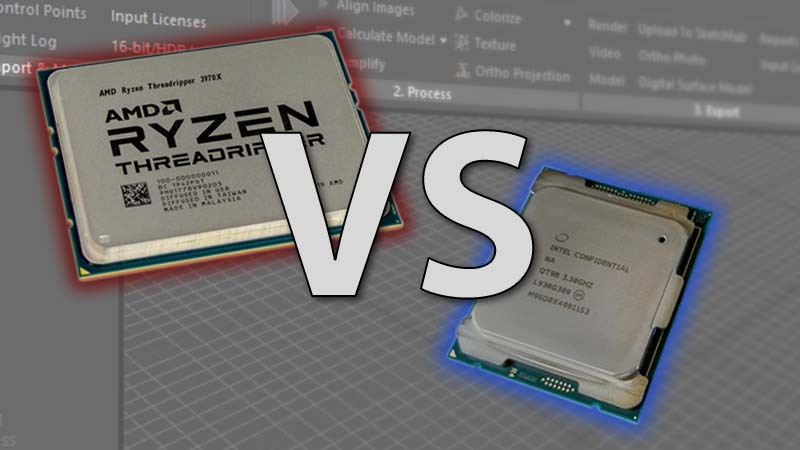 For this article we are taking a look at how these new processors compare against each other, the previous generation they are replacing, and their mainstream desktop counterparts. The focus is on photogrammetry processing in RealityCapture, using a benchmark tool we developed here at Puget Systems. More info about this utility is available in the Benchmark Details.

From the charts above, it looks like Intel has improved performance slightly with the new Core X series compared to the previous generation. Combined with the massive price reductions on this line, that represents a solid increase in value.

However, AMD's Threadrippers - while actually slightly more expensive than their predecessors - saw a substantial boost in processing speed. They finish projects in RealityCapture in 30-40% less time than the older models, which also makes them the best overall performing CPUs among all those we tested for this article. Interestingly, however, there was very little difference between the 3960X and 3970X in this application (1-5%).

AMD's Threadripper 3rd Gen processors are 10-20% faster than Intel's Core X series in RealityCapture. While the offer the best absolute performance, though, AMD's more mainstream Ryzen 9 3950X is an even better value for many users. It costs hundreds of dollars less, while performing only 2 to 5% slower than the current top-end Threadripper 3970X.