Skip to content
Always look at the date when you read an article. Some of the content in this article is most likely out of date, as it was written on July 20, 2021. For newer information, see our more recent articles.

NVIDIA has a tradition of releasing "Ti" variants of their video cards which serve as a more powerful variant of the base model and often fill gaps between product tiers. The launch of the RTX 3070 Ti and RTX 3080 Ti continues this trend. Compared to the base RTX 3080, the new RTX 3080 Ti has 2GB more VRAM (12GB versus 10GB) and 18% more CUDA cores, although the maximum boost clock is a bit lower. In fact, in terms of performance, the RTX 3080 Ti should be closer to the RTX 3090 than it is to the RTX 3080.

Professional applications such as Chaos's V-Ray scale very well with the number of available CUDA cores and extra VRAM is always useful. Both of these new cards should provide interesting results, one card relying on faster cores, while the other relies on more cores. 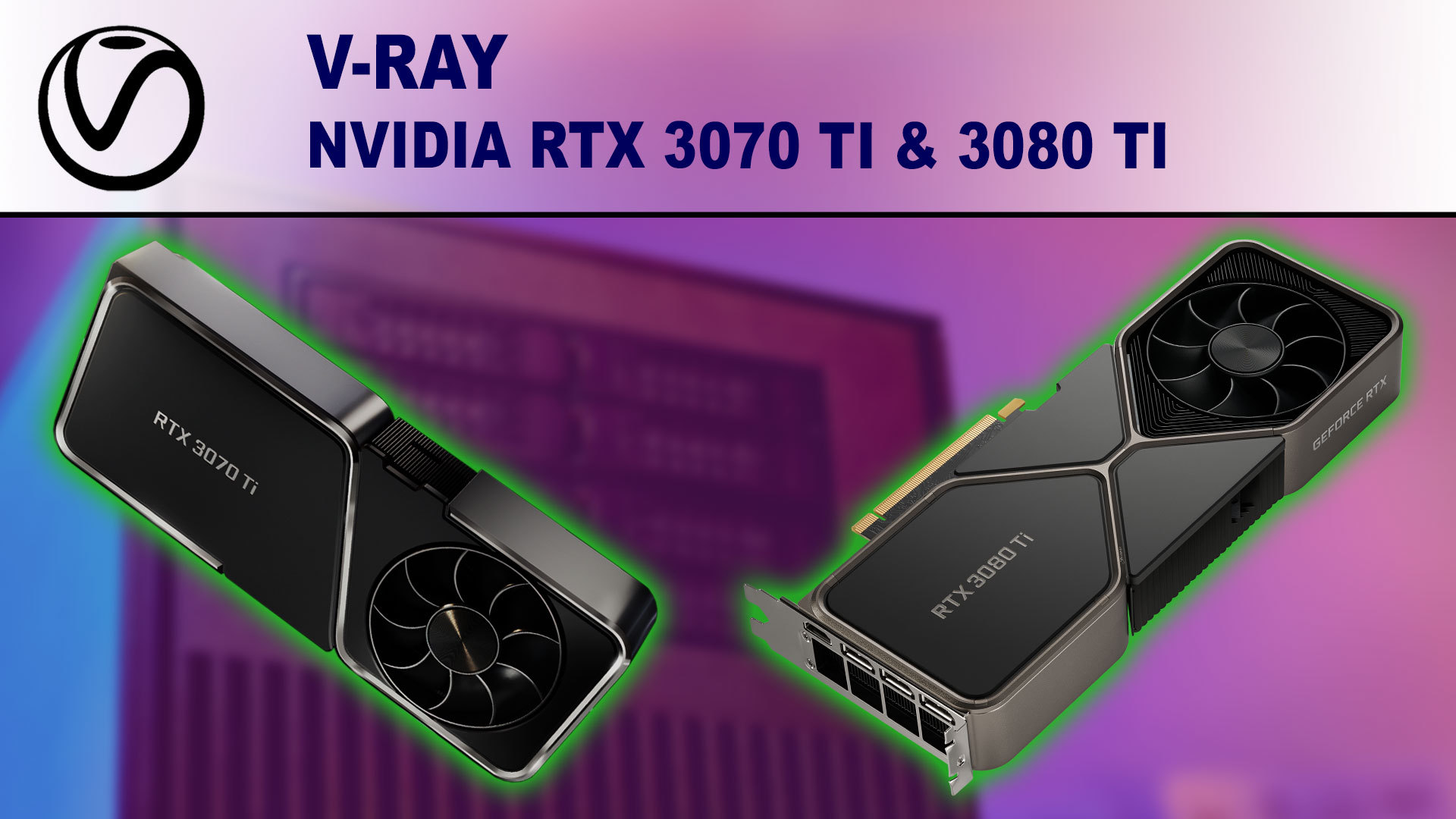 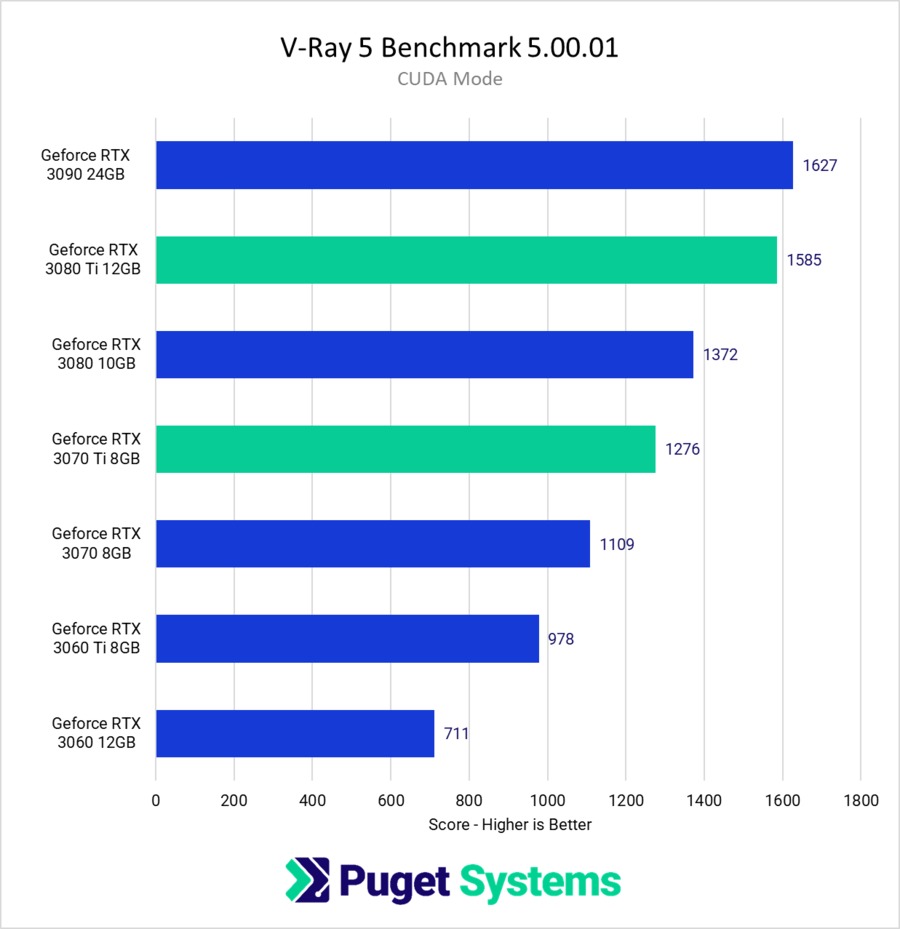 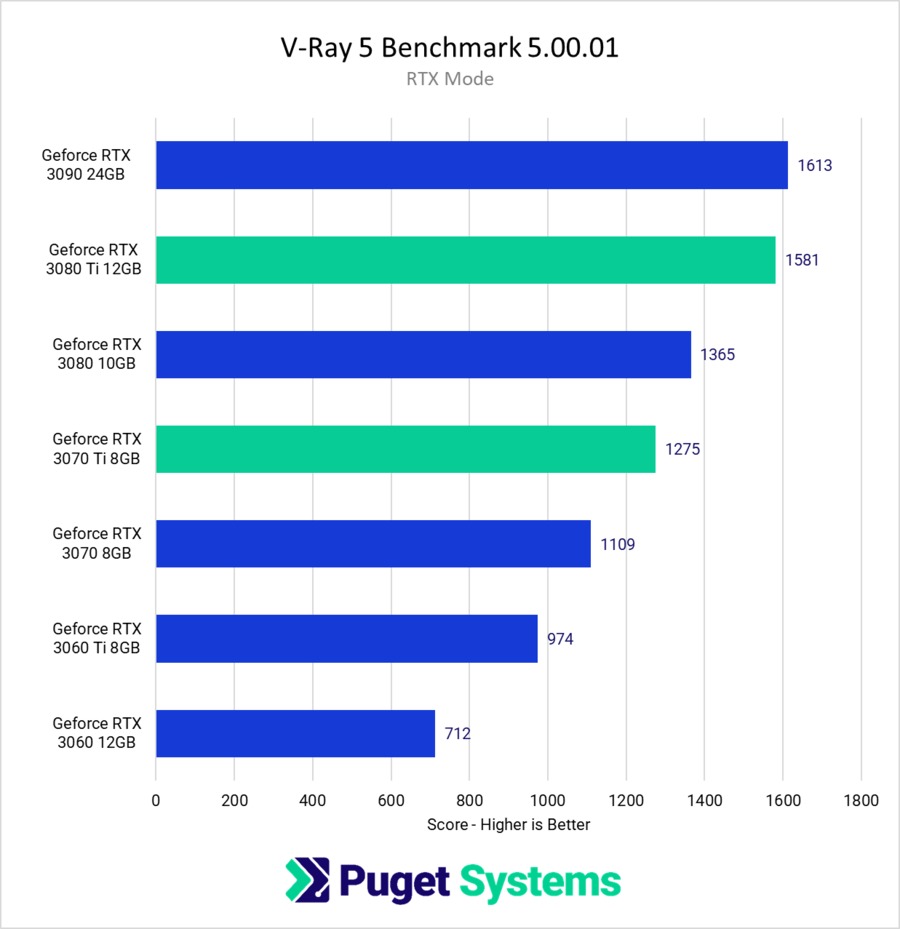 The RTX 3080 Ti offers nearly identical performance to the RTX 3090 for a lower price, as long as VRAM is not an issue. This makes for interesting options for V-Ray users. Those that only need 12GB of VRAM can get similar results to the existing RTX 3090 but at a lower cost. While those that need lots of VRAM have an option that is only a few hundred dollars more. In the previous generation, we saw similar performance and VRAM options with the RTX 2080 TI and RTX Titan, however, in that case, the Titan was more than double the cost of the 2080 Ti.

One concern we do have is that the RTX 3080 Ti draws as much power as the 3090, but has a much smaller cooler. So far in our testing temperatures of a single card have been within the specs laid out by Nvidia. Currently there is no blower style card, so stacking 3 or 4 in a system isn't an option.