Skip to content
Always look at the date when you read an article. Some of the content in this article is most likely out of date, as it was written on January 15, 2009. For newer information, see our more recent articles.

To address these issues, two people listened to all of the testing. Our resident sound tech, Dan Hermanson, jumped at the chance to be involved. He works as a sound technician at the state university where he is also a student, running sound for professional and amateur concerts and other events. If there are differences in sound quality, he will hear them. Though he’s very familiar with the differences that speaker quality will make, he was curious to look at PC sound cards, as he’d never had the opportunity to work with them before.

I (Melissa) was the non-audiophile. I rarely even listen to music, and happily ignore it when someone else turns it on. I appreciate good sound, but I also appreciate money in my bank account – I was curious to see what was worth it, and what was unnecessary for someone with very low demands.

With these backgrounds in mind, we set out to find what matters, and how much.

For each setup, we listened to a battery of tests. We started with pure tones, from 30 hertz (the low end of human hearing – this tone is felt as much as heard) to an ear-splitting 15,000 hertz (a range of hearing that people often lose as they age). After that, we moved into more subjective analysis – MP3 playback in various bitrates as well as lossless audio (Windows Media Audio Lossless). While it wasn’t directly related to the rest of our testing, we wanted to see if we could tell a difference between MP3s and lossless audio. We used three songs from very different styles to give an idea of all-around performance.

All tests were performed in the quietest area with the best acoustics that we could find. Dan would have liked to use a professional sound stage, but since they’re a little hard to come by, we had to make do with a section of the offices. The background noise was similar to what you’d find in a suburban house.

At the beginning of this review, we’d asked if sound cards are worth the extra money, as compared to onboard solutions. The answer was sometimes. The high end sound cards easily outperformed the onboard sound, even to my untrained ears. The less expensive card was different than the onboard sound, but not necessarily better. It probably comes down to what sound codec is built into the motherboard. We did our testing with an eVGA 680i board, which had a high quality Realtek codec. Most of Puget’s current mid- and high- end motherboards use similar codecs, so I’d expect similar quality out of them. There is common wisdom among computer builders that onboard sound is terrible and that sound cards are a necessity, but it doesn’t appear to hold true any more. If you have a good quality motherboard, a low or mid range sound card probably won’t give you better sound. If you have a cheap motherboard with lousy onboard sound, you’d be better off putting the $100 into getting a better motherboard, which will give you both decent sound and improved reliability.

To my surprise, the high end sound cards were very much worth their price tag. I hadn’t expected to be able to tell a difference, but it was there. It was like pulling cotton balls out of your ears – I could hear the music with the less expensive sound card, but the high quality ones made it much more vibrant and alive. Dan and I were both quite impressed. If you have decent quality speakers and an extra two hundred dollars, a good sound card will add a lot to your listening experience.

Dan was surprised by the number of problems we had with pure tone replication. Every setup we tried had some sort of over- or undertone, and a few had worse problems than that. We’re not sure if it was the result of our test environment, bad parts, or if computer sound equipment is possibly just like that. Fortunately it didn’t seem to impact MP3 playback, but it is a little worrying. 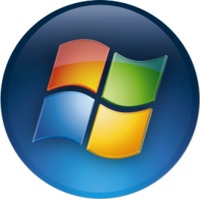 For MP3 vs. lossless testing, Dan ripped the same song to MP3 format at 128kb/s, 196kb/s, 224kb/s and 355kb/s, and in Windows Media Audio Lossless format. Using the highest quality sound equipment, there was a difference between the WMAL format and the 128kb/s MP3… but just barely. Neither of us could tell a difference between the higher quality MP3s and the WMAL format. Our conclusion was that if you’re using very high quality audio gear or
consider yourself an audiophile, using a lossless format is worth the hassle. If you’re not a
purist, just use a midrange or better MP3 quality, and don’t worry about it.

The toughest question to answer was where to put your money: speakers or sound cards.
We had both expected speakers to be more important, hands down. But the Xonar D2X sound card really impressed us, as did the midsized speakers. Given a choice between the D2X and the largest speaker set, Dan said he’d pick the D2X. He emphasized that it’s personal preference, though, and he wouldn’t fault anyone for choosing the speakers. My conclusion was that it depends on the application – people who really sit down and listen to music would be best served by the sound card, while gamers should get the biggest subwoofer they can afford. For a casual listener like me, either option is probably overkill. Good onboard sound and a $40 speaker set are plenty for light use.

With computer audio gear, you get what you pay for. However, the law of diminishing returns applies very strongly. Higher quality gear does sound better, even to a non-audiophile, but the difference is relatively small compared to, say, differences between video cards, or a faster CPU. If you have the money and audio matters a lot to you, go ahead and get a really nice sound card and speakers. Otherwise, there’s no need to sink a lot of money into it. (Just avoid the super-cheap stuff.)

In the end it’ll always be a matter of personal preference. Listen to as many different speakers and sound cards as you can, visit your local hardware shop, ask your friends about what they have. If you’re considering buying a Puget computer, talk to our sales reps. They’ll be happy to help you customize a computer and sound equipment to match your needs, whether you need an amateur recording studio or just a couple of speakers on a desk. We have experience with both ends of the spectrum, and enjoy tailoring computers to match the needs of the people who use them.