*** NOTE: THERE IS AN UPDATE/REPLACEMENT TO THIS POST AT ***

We (Puget Systems) recently configured a large order for machines with quad NVIDIA A6000 GPUs. Very nice machines! These are being used for Machine Learning/AI research and development work. They will be under heavy load and that means the GPUs will be running near their Max Power Limit most of the time. By default the max power limit on many of the high-end NVIDIA GPUs is 300+ Watts. This high power limit stresses the system power delivery and cooling as well as placing a high load on the circuit that the system is plugged into. We found that power limits can be lowered by 10 to 20 percent with only a small impact on overall compute performance in multi-GPU setups.

In this post I am referencing a Bash shell script I recently put together for setting up automatic NVIDIA GPU power-limit lowering at system boot. This allows a reliable way to configure and maintain multi-GPU systems for stable operation under heavy load.

Initial trials with GPU power limiting we discussed in these to blog posts;

Note that this script is still under development but is currently in a usable state. Expect updates and of course feel free to download the script and modify it as you wish.

This scrip can be used to install a systemd unit file that will set the power-limit for NVIDIA GPUs at system boot.

The bash script is for Ubuntu >= 18.04 but should be easy to adapt to other distributions

The higher end NVIDA RTX desktop GPUs like the RTX3090, A5000, etc.. Make wonderful compute devices in a multi-GPU setup. However the default power limits are set very high. As much as 350W! Those high power limits can strain the capability of a system power supply cooling capability and possibly even overload the circuit that the system is plugged into. 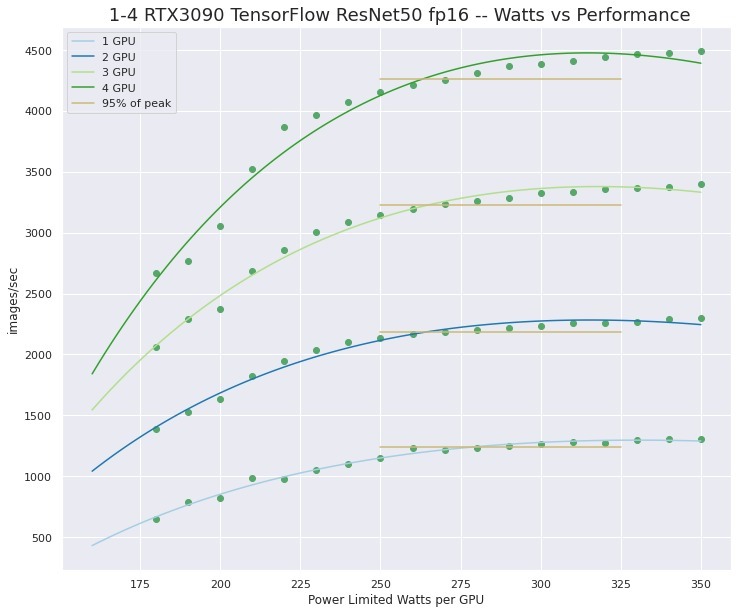 The setup script will do the initial setup for automatically setting power limits at during system boot. The script can be used again to reset the power limit. The power limit can also be changed in /usr/local/etc/nv-powerlimit.conf to the desired value and that value will be set at next reboot.

I hope this post gives and script are useful to you! The NVIDIA Ampere GPUs are wonderful compute devices and multi-GPU is an advantage in many applications. Having reasonable power limits on these GPUs will hopefully give you a much more stable and easy to manage system.