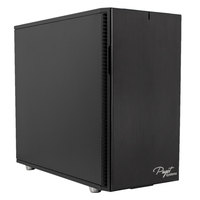 Optimized for most Metashape projects

Q: What happened to PhotoScan?

A: Metashape is simply a new name for Agisoft's photogrammetry application, formerly known as PhotoScan. The underlying application and functionality is still the same, it has just been rebranded - and, of course, it is being continually updated and improved too.

Q: Is the CPU or GPU (video card) more important for Metashape?

A: Metashape needs a balance of both the CPU and video cards, and the usage of each varies across the different steps involved in using the application. The first two major steps, Align Photos and Build Dense Cloud, are the only core parts of the Metashape workflow to use video cards - but those steps can accounts for 50% or more of the total processing time, so the GPUs are extremely important to performance. Build Dense Cloud also uses multiple CPU cores to good effect, but the Build Mesh step is heavily dependent on clock speed; lowering that too much will hamper performance. You can read more both CPU and GPU scaling in the articles linked to on the right.

Q: How many video cards does Metashape support?

A: Agisoft has done a good job with supporting multiple GPUs. We've only tested up to four video cards at a time, since that is the most that even a large tower chassis can accommodate, and we have found that going from one to two GPUs decreases the time taken by the Build Dense Cloud task by about ~20-25%. Adding a third GPU decreases the build time by another ~10%, but adding a fourth GPU only saves another 1-3% percent. As such, we usually recommend 1 to 3 GPUs depending on your budget and how high of quality settings you use when building the dense point cloud.

A: Memory requirements in Metashape depend directly on how many photos you are working with, the size of the images themselves, and the quality settings you want to use. Agisoft has published a handy document showing the RAM needs with different combinations of photos, using 12MP (megapixels) as a base image size. This can be used to estimate the amount of RAM you will need by factoring in your image count, photos size, and quality goals.

A: We strongly recommend using solid-state drives on all computers these days. They have a huge impact on every aspect of computer usage, from faster boot times to more responsive operation. Metashape will also load images more quickly from a fast drive, both at the start of a project and a couple times throughout processing. Image sets can also take up a lot of space, though, so having a secondary hard drive for archival of projects and other data is handy. 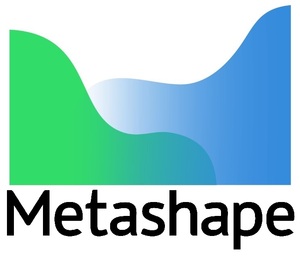