We thought it would be fun to compare a few of the statistics gathered by Netmarketshare to those we track through Google Analytics for visitors to Puget Systems.

According to Netmarketshare, they are the standard in tracking technology usage market share. They have been collecting and analysing data since 1999 and, while not without controversy, are highly regarded in their approach to ranking the most popular operating systems and web browsers.

What I'm about to share shouldn't be taken as scientific evidence that one operating system or browser is better than other. As you know, these numbers fluctuate and are only as accurate as the day I pulled the data from Netmarketshare and Google Analytics. So with those caveats let's take a look at few comparisons. 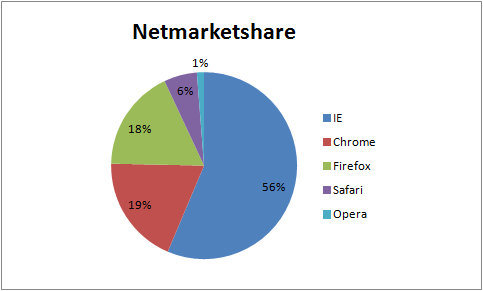 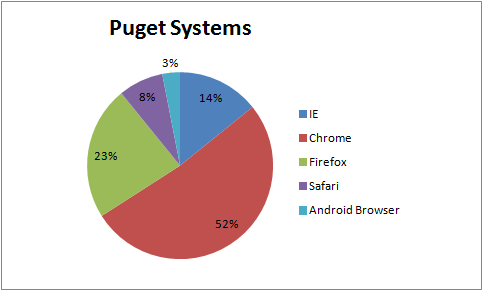 I jokingly refer to Internet Explorer as the Chrome downloader and that actually appears to be the case when it comes to our customers at Puget Systems. One might expect that mainstream PC users that purchase a computer running Windows wouldn't bother to install a third party browser which may help explain the high IE numbers at Netmarketshare. I'm not surprised that more of our vistors prefer Firefox, but not by much, and it's been declining over the past few years. Chrome seems to be new home for most of these former Firefox users. 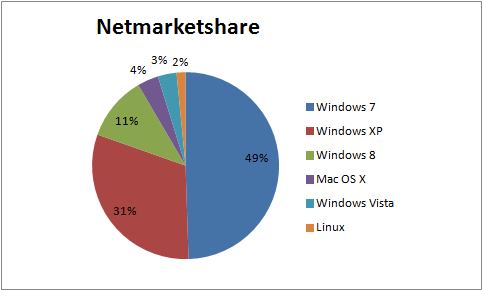 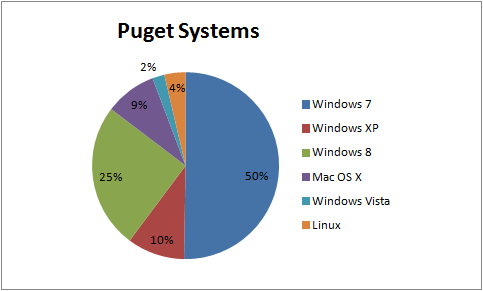 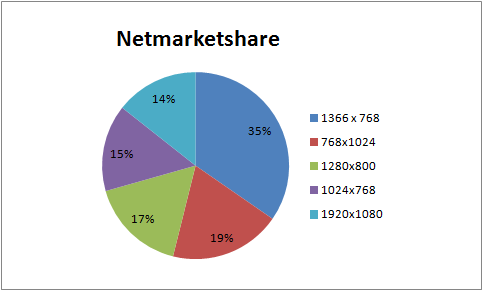 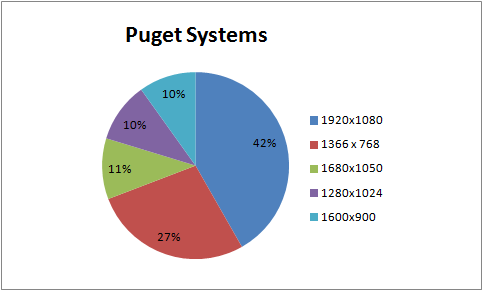 Let me know in the comments if there's other data you'd be interested in and I'll see what I can gather for a future post.