"Our coffee is roasted each Tuesday."

It was Wednesday and I was out of my favorite coffee from Blue Bottle. Add in shipping and I'd have to wait for another week and a half. I considered another brand, but that didn't last long.

I decided it was worth the wait for what I consider to be the best.

Most companies I do business with take the opposite approach of Blue Bottle: their businesses are built around speed. Need a Diet Coke? The McDonald's drive-thru is fast. If I need a pizza delivered ASAP, I'll call Domino's. Lenscrafters promises eyeglasses in about an hour. And I can't recall the last time I took my car to the dealer to have the oil changed.

Speed sells. It's that simple. Of course, there are some services where speed isn't a virtue. For example, I am not interested in the fastest or least expensive Lasik surgeon.

Blue Bottle isn't the only business where speeds isn't the main selling point. Take Joel Bukiewicz for example. He's a master knife-maker and owner of Cut Brooklyn. Each week Joel crafts about 8 steel-bladed knives. Professional chefs seek out his knives, and many are sold before they are finished. His large chef knives sell for $574 and require 12 hours of labor.

Van Dam Custom Boats is a family-owned business that values quality over speed. In their 40-year history, they have built a total of 58 boats. If you were to place an order today, you might take delivery of your boat in two years. If you're lucky! After the 2008 recession, they decided to slow production which has substantially boosted demand for their boats which start at $200,000. 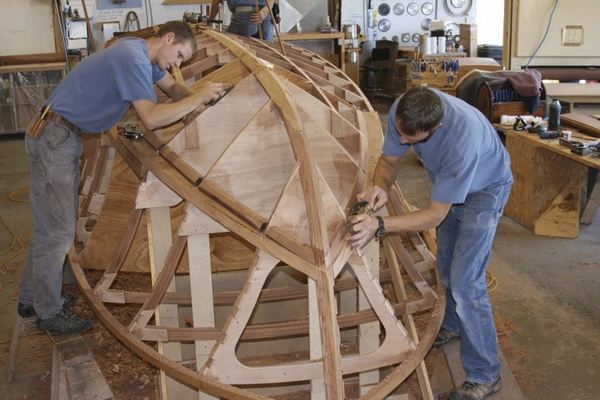 Terrence Malick is widely regarded as one of the greatest living filmmakers, but he's directed only six films over the course of four decades. Malick has been nominated for numerous academy awards. While some directors work on several films each year, it's not uncommon for Malick to go 7 years between projects. His films have a look and feel all their own. I've seen many movies about war, but The Thin Red Line is the one I remember best because of how it made me feel.

A couple of years ago I sent off my beloved 20+ year-old Wilson A2000 baseball glove to Jim at Mittfix. Most baseball glove restoration services promise a quick turnaround time. What I wanted was someone who would care for and appreciate my glove as much as I do. When I asked Jim how long it would take to repair my glove he said, "However long it takes." Two months later my glove arrived, and I was stunned at the results. It was as if Jim had taken 20 years off the life of my glove.

Each business must choose how they want to deliver their products and services. If Domino's advertises a hot pizza to your door in 30-minutes, they will attract customers for whom speed is paramount. I doubt this same customer expects great tasting pizza to be delivered in the same time frame.

A few weeks ago, I sat in a marketing meeting at Puget Systems and asked why we don't have a large, colorful button on our website that says, BUY NOW. Isn't our goal to move customers through the purchasing process as fast as possible? There was a pause before the owner said, "No, our goal is to help our customers select the best computer for their needs."

We review every order that comes through our website to meet this goal. Sure, we might lose a few sales now and then to the Dells and Best Buys of the world, but that's ok. At Puget Systems, we want to attract the type of customer who understands that building a quality computer takes a little extra time.