7 Things to Do with Your New Computer

I am sometimes asked by customers what they should make sure to do with a new computer before they start using it heavily for work or play. I put together a list of what I consider the basics that just about everyone would benefit from doing, and will share it here. Please note that this assumes a fully built and tested computer, such as you can get from us here at Puget Systems - but these steps could apply equally to computers from other companies or self-built systems, once assembled and with the OS / drivers installed.

Step 1) Create a ‘clean slate’ backup image. This is a backup that you could restore to in the future if you need to go back to basics, to how the system was the day it was built. If you are a Puget Systems customer getting a system with Windows installed, we actually do this for you! Some other manufacturers do as well, but if you are handling the OS installation yourself then making a restore as soon as drivers and updates are in place is a really good idea. Here are instructions for making what is called a System Image backup in Windows 7, 8, and 10.

I recommend making the backup to either a DVD or external drive of some sort. You could also make the backup onto a second internal hard drive, if you have one, but having it outside the computer is more secure (in case of a drive failure, data corruption, theft, etc). 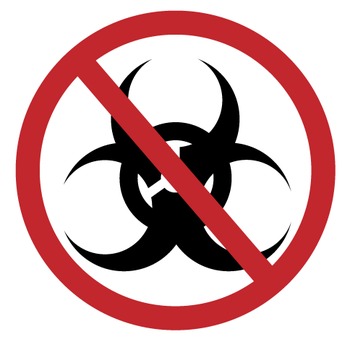 Step 2) Make sure you have a good antivirus program. Windows 8.1 and 10 have that built-in now, under the name of Windows Defender, but if you are using an older version of Windows or simply want to install a different AV program now is the time to do so. If you go with a bare-bones AV program like Windows Defender, or Microsoft Security Essentials for older versions of Windows, having a secondary program that is dedicated to anti malware duty can also make sense. I’ve used Malwarebytes and Spybot for that in the past, and both have free versions (but I recommend only one or the other, not both - doubling up on security programs can lead to complications).

Step 3) Download / install your other applications. I try to keep a list of the basic programs I always install on computers, so that I can get it all loaded at the start rather than installing things over the course of weeks as I remember them… but whatever works for you is fine in that regard.

Here are some suggested program categories, if you aren’t sure what types of applications you will need: web browser, email client, messaging client, office suite, PDF reader, media player, password manager, photo / video editor, and online storage / backup application. There are several great options in each of those fields, including both free and paid programs. There is also a cool utility that some folks here at Puget use to download and install several common applications at the same time. It is called Ninite, and while I haven’t used it myself it comes highly recommended.

Step 4) Make sure all of your external devices are working properly. Some things like printers and scanners may need additional drivers loaded, and possibly software packages as well. Taking these one at a time is best, since there may need to be reboots after installing software for some devices. Also, if you have any trouble during this process it is helpful to know which device is the issue, and if you avoid connecting them all at the same time it can shed light on that. Getting your peripherals hooked up properly and making sure they are all working well together will save time and hassle later on when you actually need to use them.

Step 5) Copy over any data you need from previous computers. If the computer is still functional you can do this over a network. If not, hopefully you have a backup of the data - or pulled it off previously, in anticipation of migrating to a new system. If you haven’t, there is also the potential to remove drives from an older computer - if at least the drives themselves are functional - and plug them into the new computer. That can be done internally in the system, if you are comfortable with that, or via external USB adapters like the ones pictured here: 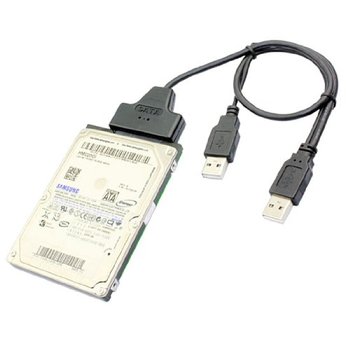 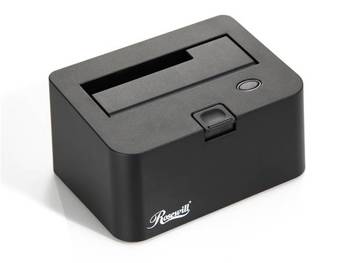 The step of moving data over is a good opportunity to take some extra time to organize your files on the new system. Windows defaults to having several user libraries for different types of files, which can be used it you want. The underlying folders that make up those libraries can also be relocated if desired, or you can have multiple folders per library. However you arrange things, making sure that your files are in easy to find places when you need them will make life easier, and it is important to know where your files are for the next step too.

Step 6) Set up a recurring file backup. This is generally best done to an external drive or an online backup service - or both! - and will help make sure you don’t lose any data if there is an unexpected hardware failure. Windows has software for this built-in, but it varies from version to version. I like the options in Windows 7, which are pretty comprehensive, but Windows 8 / 8.1 departed from that with a different style of backup. Thankfully, Windows 10 brought those older options back - alongside an updated version of Windows 8's backup. Regardless of all that, if what is built into your OS doesn’t suffice for your needs there are lots of third-party backup programs available as well.

Whatever software you use, make sure to set a schedule for the backup that will let them happen while the computer is running, but ideally not when you are going to be using it heavily. Also make sure to include all of your important files - think about documents, financial records, photos, videos, music, email, contacts… anything that is not easily replaceable. Some programs also support creating a system image backup (like step 1) on a regular basis, which can be quite handy too. Generally that requires an external drive to backup to, though, as online backup of a system image wouldn’t help if you needed to restore back to that image at some point. If possible, keeping both a local backup (external drive, secondary internal drive, etc) and an online backup gives you the best of both worlds!

Step 7) Create a ‘fresh start’ backup image. This is basically step 1 again, but with all your software and settings in place. It will almost assuredly need an external hard drive, or a very large USB flash drive, since with software and files loaded it will be too large to fit on a DVD. I suggest keeping it alongside your original backup, but on different media. By keeping both you have two options to restore to in the event of a catastrophe: either the original, bare installation or your ‘ready to work’ state. If your repeating backup software (step 6) supports making backup images then that will give you a third option as well - whatever your most recent image is, along with the two originals. The more choices you have for how to deal with data loss the better, should it ever happen.

Hopefully those suggestions are helpful! If you have things you regularly do on new systems which I didn’t cover, please feel free to share them in the comments below :)