A quick look at GTX 1080 performance in Premiere Pro

Written on June 1, 2016 by Matt Bach
Share:
We now have a full article showing the performance in Premiere Pro of both the GTX 1070 and GTX 1080 using single and dual configurations. We highly suggest reading that article as the results should be more accurate than what we showed in this blog post:

The new GTX 1080 has been getting quite a bit of press recently with review after review being published online. Unfortunately for content creators (and other professionals), it is almost impossible to find any non-gaming benchmark results for this card. Games can often be a good indicator of general GPU performance, but it is never as good as actually testing a specific applications.

We just recent got in our first GTX 1080, and among the first applications we wanted to test was Premiere Pro. Before we get into our benchmark results, we wanted to point out one issue we came across with RED 4K/6K footage. With both the GTX 1080, a GTX Titan X, and a GTX 980 Ti, we were getting a black preview window and received an error if we tried to export our test project. After some research, trial, and error, we discovered that this problem is caused by the new CUDA 8 drivers. If we rolled back the video driver with the GTX Titan X and 980 Ti to 320.00 (which we believe is using CUDA 7), the issue was resolved. Unfortunately, there is only a single GTX 1080 driver available currently and it uses CUDA 8, so we were not able to test RED 4K or 6K footage.

NOTE 8/25/2016: The issue with RED footage has been fixed in the 368.39 NVIDIA GeForce driver. Please see the newr article linked at the start of this article for RED benchmark results for the new cards. 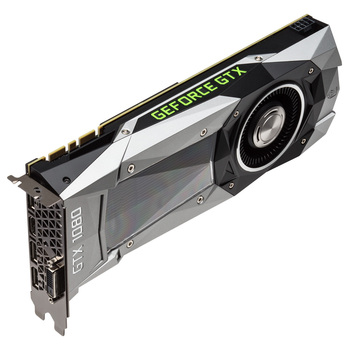 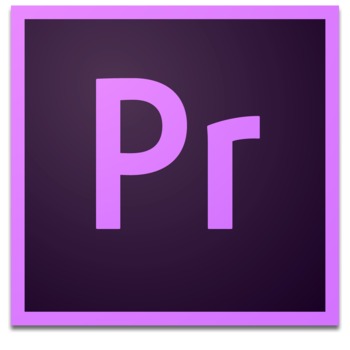 Even with this issue, however, we were still able to test a variety of 1080p and 4K footage using the H.264, CineForm, and ProRes codecs: 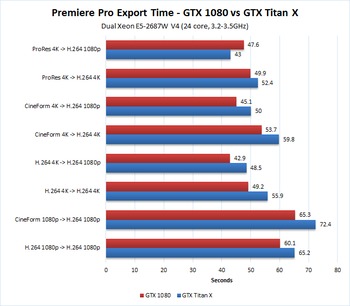 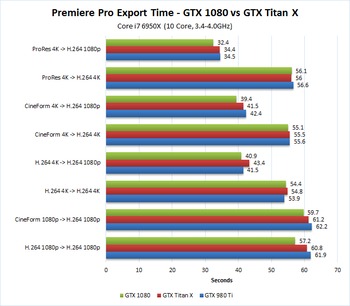 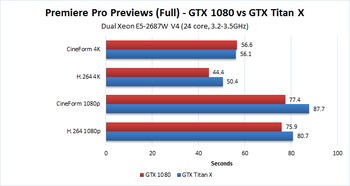 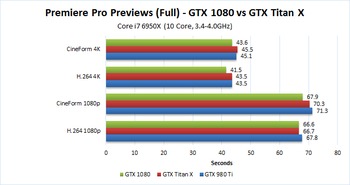 This isn't huge or anything like that, but 7% faster for significantly less money, lower power draw, and less heat is actually a pretty impressive feat from NVIDIA. Is it worth upgrading from a GTX Titan X or GTX 980 Ti to a GTX 1080? Maybe, maybe not - it just depends on how much a 3-7% increase in performance is worth it for you.

This was just a quick test were able to run, but hopefully it helps answer the question of whether you should get a GTX 1080 for your Premiere Pro workstation.