Feel the power of VR at Pacific Science Center this summer!

Transform into a rainforest tree… or experience a billion years in just 10 minutes! No matter the experience you choose, you’re sure to want to get back in line to try it all over again! 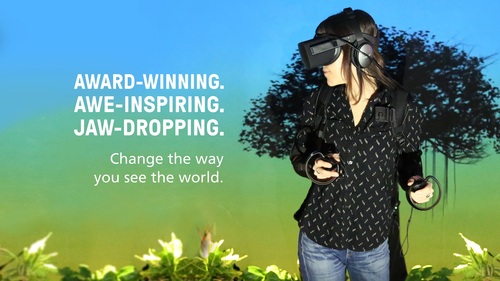 Diana went on to explain no other science center is trying anything like this.

"This is part of the industry future to put people into these experiences. With all of the new technology tools out there, we’re playing with ideas on how to make our experiences more nimble. It’s exciting to have the ability to experiment with new ideas."

This summer’s experiences are part of the What is Reality experiment, and of course, I had to go check it out for myself. (I brought along a friend to check it out as well.)

First up, Tree, a virtual-reality project transforming us each into a rainforest tree. I started by putting on a vest, goggles and headphones. Once I was set, the program began and there I was underground… Tree is considered an embodiment experience in which I could feel motion through the vest, smell various scents, feel the breeze and of course, see 360 degrees around me. With my arms as branches and my body as the trunk, I started underground as a seedling, growing into the tree's fullest form. I couldn’t look around enough, noticing the birds flying, the change from day to night and even seeing my shadow off in the distance, using the controllers to move my branches around. It was pretty darn cool. 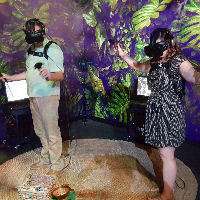 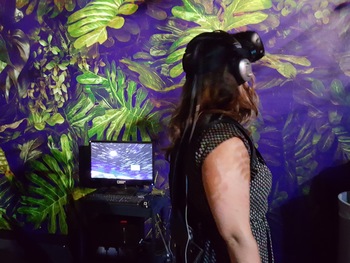 But soon, reality set in as I witnessed the forest's fate firsthand. There were flames all around me, and I could even smell the fire. It was very real and very devastating. And, that’s the point. Tree was created by Milica Zec and Winslow Porter, who partnered with the Rainforest Alliance to raise awareness around the destruction of these critical lands. As you leave the experience, you’re handed a kapok seed. The kapok is a giant in the rainforest, reaching up to 200 feet in height. As of today, more than 650 people have experienced Tree and been handed their own seed. Diana told me one couple loved the experience so much, they became Pacific Science Center members as a result. 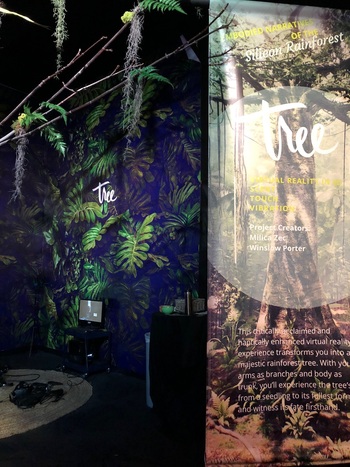 Our second system loaned to Pacific Science Center is helping run the social experience and evolutionary adventure called Life of Us by WITHIN. WITHIN is the brainchild of LA-based Chris Milk and Aaron Koblin, who are looking to define VR as a new medium for experiential storytelling and shared VR experiences.

I asked Diana what she liked about this experience and her excitement was palpable. "It's just a lot of fun!"

She wasn't kidding. I put on the goggles and headset and was quickly immersed in a world a billion years old. Even cooler was I could see my friend, Chris, as he too joined the experience. 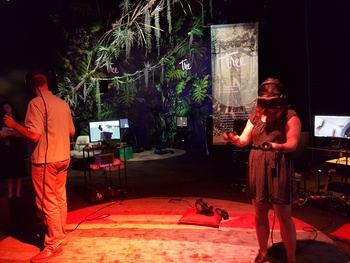 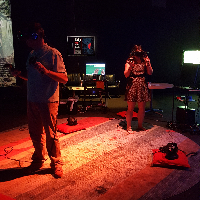 We blew bubbles, breathed fire, soared over volcanoes and even ran from an angry dinosaur. Chris and I could interact with each other by talking to one another (in non-human voices) as we morphed into different creatures and moved through a billion years of evolution. At one point, I could even hear Chris comment, "This is so cool!" The energy I felt through the entire experience was amplified with some awesome music to go along with each scene, some of which is original music by Pharrell Williams. I think I have to say the dance party at the end was probably my favorite. I couldn’t help but throw my hands in the air like I just didn’t care…

Both Tree and Life of Us run at Pacific Science Center through September 9. They are included with a General Admission ticket, but you’re going to need to book a specific time slot because they fill up fast!

You can find more about our Recommended Systems for Virtual Reality here.