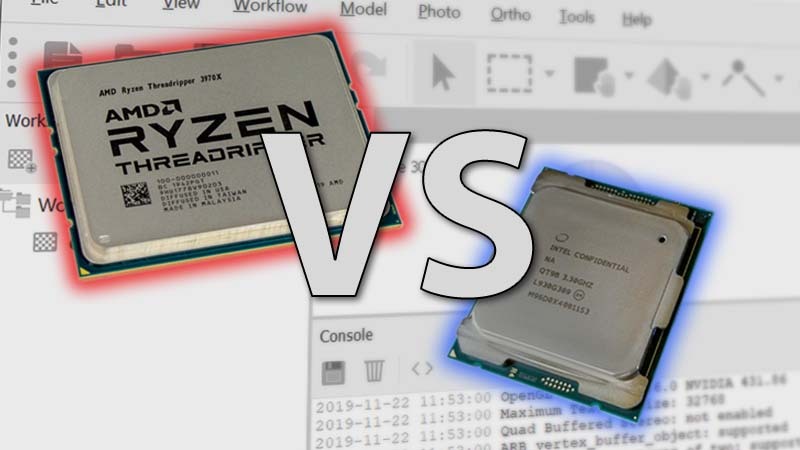 For this article we are taking a look at how these new processors compare against each other, the previous generation they are replacing, and their mainstream desktop counterparts. The focus is on photogrammetry processing in Agisoft Metashape, using a benchmark tool we developed here at Puget Systems. More info about this utility is available in the Benchmark Details.

We only have one license for Metashape Pro at this time, the full benchmark run takes several hours, and I prefer to run it more than once per system to filter out any abnormal results. As such, I was not able to test as many CPUs as I would have liked.

Here are the specifications of the different platforms that I was able to use for my testing:

For benchmarking photogrammetry applications we now have four image sets that we own the rights to, covering both smaller and larger size Model and Map projects. The smaller image sets are included in our public Metashape benchmark, which you can download and run if you want to compare your system's performance to what we measured in our testing. 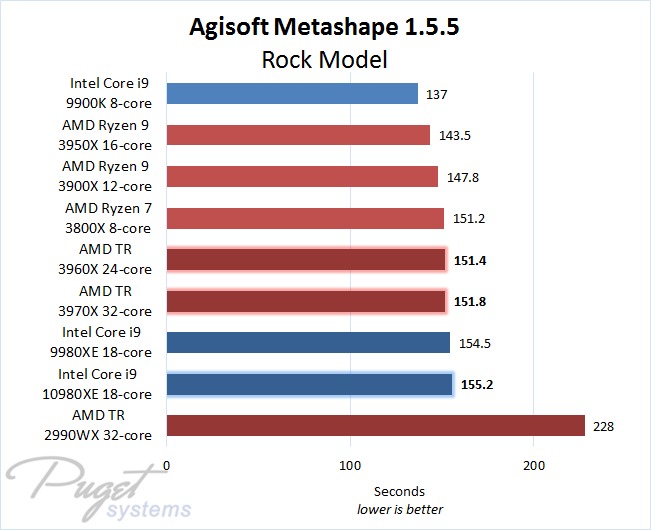 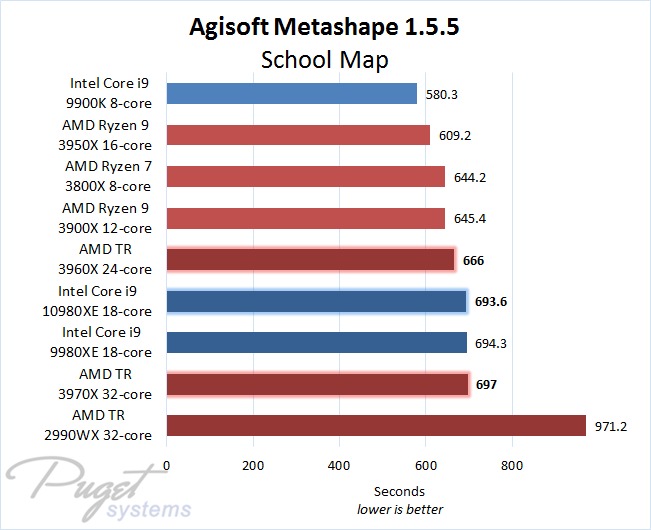 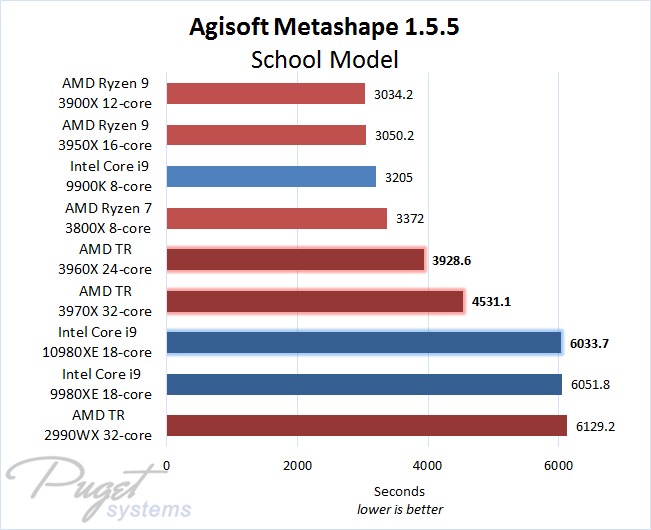 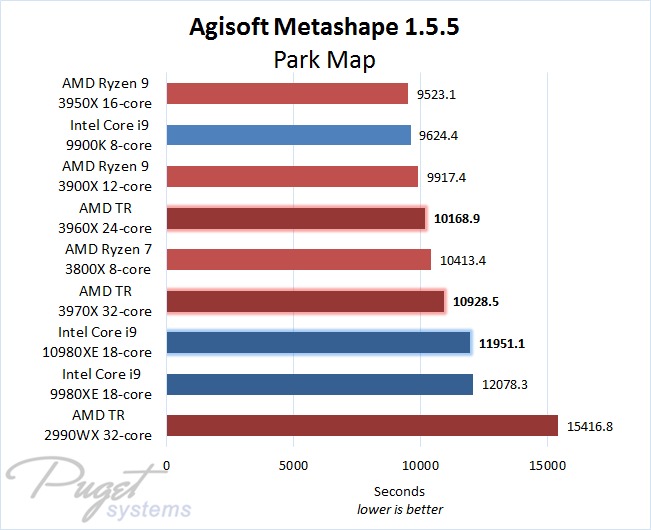 As expected, Intel's new Core X 10980XE is on-par with the previous 9980XE – but at half the price. That would be good news if either of those processors performed well in Metashape, but there is something about the way this software works which causes the Core X line to perform poorly.

Whatever that is, it also appears to affect the Threadripper line. AMD's new 3rd Gen chips are far better than their predecessors, shaving 25-35% off the processing time compared to the 2990WX, but they still lag behind AMD's more mainstream Ryzen CPUs.

I have seen performance like this before, which is why our standard Metashape recommended system has been a mainstream Core i9 for a long time now – and will remain on that CPU for the time being. I had assumed it was a problem with core count, but now I am re-thinking that because the 16-core Ryzen 9 3950X does not seem to have the same performance problem that Intel's 18-core chips exhibit. I plan to investigate this in more detail, when I have time, looking at a wider range of processors, testing the impact of SMT, etc.

Neither of these processor lines are a good fit for Metashape at this time. For most users either Intel's Core i9 9900K or one of AMD's Ryzen 9 processors will be a much better choice, as they provide the best performance in Metashape as of version 1.5.5.