The much anticipated NVIDIA GeForce RTX3080 has been released.

How good is the performance for Machine Learning and Molecular Dynamics on the RTX3080?

The testing was problematic though.

But, I got things working by doing a quick install of docker and then using containers from NVIDIA NGC.(which I tried earlier with an alternative to docker).

This is very brief early testing! I expect performance and compatibility to improve considerably soon. I'll be doing more thorough testing after a new driver revision and after software developers have had a chance to do more optimizations and debugging.

These results we run on the system and software listed above using the RTX Titan and RTX 3080.

I had tried to run the Big_LSTM benchmark that I have run in the past, but it failed with out-of-memory errors no matter how small I made the batch_size. I had also run with TensorFlow 2.2 on the RTX Titan but did not have time to do this on the RTX 3080.

You can see that the $700 RTX 3080 gave excellent performance compared to the much more expensive RTX Titan (which has 24GB of expensive memory). I didn't compare directly to other cards because the RTX Titan was what I had available at the time.

Note: that these results for the RTX Titan are much improved over past testing that I have done using earlier versions of the NGC TensorFlow container. This is especially true for the fp16 result as you will will see in the chart below.

I will not present any charts with NAMD results because more CPU cores will be needed to balance performance to show better discrimination between different GPUs. My guess is that the (1 or 2) RTX 3080 would be an excellent on an AMD TR 3990x or 3970x platform for NAMD.

These are results from older testing with new results mixed in! 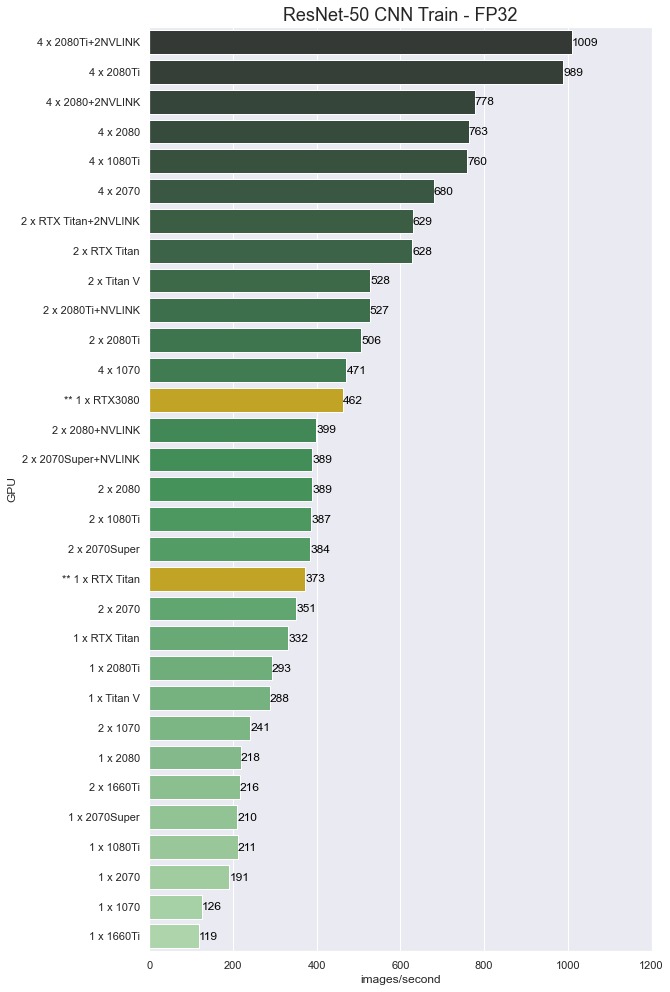 You can see from the plot that RTX3080 is approaching the performance of 2 RTX 2080Ti GPUs! 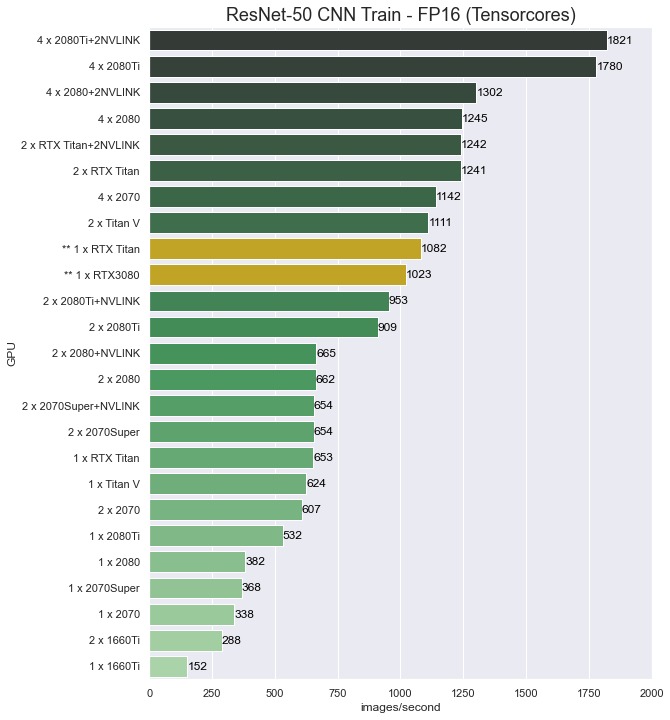 Again the RTX3080 is doing very well with mixed precision fp16. I expect this number to improve with a new driver and some CUDA patches. There is a dramatic improvement for the RTX Titan at fp16 1082 img/sec vs 653 img/sec from the older testing!

NOTE: These are mixed results using numbers from testing using an older NGC TensorFlow-1.13 container. There has been significant improvements to the new TensorFlow-1.15 build.

NVIDIA is keeping the "spirit" of Moore's Law alive! The "Ampere" GPU based RTX 3080 is a significant step forward in performance-per-dollar. The results presented in this post are preliminary. They will only get better as the driver matures and as software developers tune their applications for better performance on the architecture.

I can tell you that some of the nice features on the Ampere Tesla GPUs are not available on the GeForce 30 series. There is no MIG (Multi-instance GPU) support and the double precision floating point performance is very poor compared to the Tesla A100 ( I compiled and ran nbody as a quick check). However, for the many applications where fp32 and fp16 are appropriate these new GeForce RTX30 GPUs look like they will make for very good and cost effective compute accelerators.