Intel has been the biggest name in computer processors (those for laptops, desktops, and servers – not tablets or smartphones) for decades. They have dominated the market since 1991, when they reached the position of being the biggest chipmaker by revenue. Advanced Micro Devices (AMD) gave them a run for their money in the early 2000s, though, when they were the first to market with a few key technological advances. AMD's Athlon line of processors was the first to reach 1GHz clock speed, and the Athlon 64 line was the first consumer-grade processor with 64-bit processing capability. Intel's processors at the time were known for running very hot and were often outperformed by AMD's chips that cost less. Eventually Intel put together a new CPU architecture and took back the performance crown, which they have held for many years since. AMD was relegated to strictly focusing on lower cost processors, which often had good performance for the price but couldn't compete with Intel at the top end. Until now…

Earlier this year, AMD released their new processor architecture – codenamed Zen. They started at the consumer level, where their Ryzen branded processors are available with up to 8 cores. Each core can work on two threads at a time, similar to Intel's Hyperthreading, resulting in affordable consumer processors supporting up to 16 threads. This is more than anything Intel offered in their consumer line at the time, but the clock speeds on AMD's new Ryzen chips weren't as high as Intel's offerings. This resulting in many applications still running faster on Intel, though AMD came closer than they had in years to matching Intel's performance.

Now, however, AMD is on the cusp of releasing the next Zen based product: Threadripper. This will consist of two Zen chips on a single package, meaning up to 16 cores / 32 threads. Threadripper is aimed at the workstation market, rather than the consumer area, so prices will be higher – but in applications that can use multiple cores effectively it looks to have some serious potential. 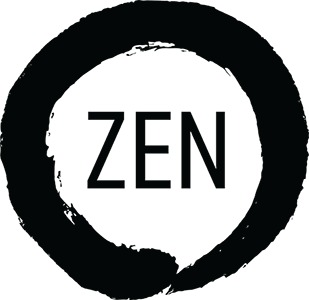 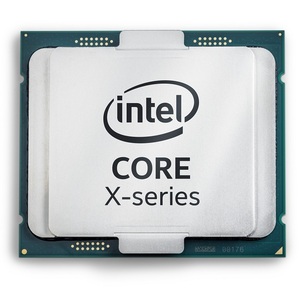 Intel isn't sitting idly by: they had already planned to update their workstation processor line, and in light of the threat from AMD they have expanded it further. The current high-end Core i7 processor from Intel covered 6 to 10 cores, and the new models replacing them will go as high as 18 cores. Branding will use the existing Core i5 and i7 names, along with Core i9 for the new 12+ core chips, in tandem with the term "X-series".

The new Skylake-X and Kaby Lake-X chips are going to be a staggered launch from Intel: 4-10 core chips will be first to arrive, at the end of June, then a 12 core model expected in August and 14-18 cores in October. AMD's new 16-core products should arrive somewhere in the middle of Intel's schedule, so for a while AMD will hold the crown for the most cores in a workstation processor… but not for long.

Whether AMD will be able to win on performance depends on more than just core count, though: clock speed, instructions per clock, and other features also come into play. Threadripper looks pretty well equipped in that regard, having double the number of memory channels and PCI-Express lanes that Ryzen has. That should rival Intel for memory bandwidth and edge them out for PCI-E support, as Intel's workstation chips are expected to max out at 44 PCI-E lanes versus 64 on Threadripper. We will have to wait for both products to launch before being able to get actual performance metrics, and motherboard design and support will be a big factor in how well both companies processors can utilize PCI-E lanes and other features.

The Drums of War

Consumer and workstation processors aren't the only ones going head-to-head this year. AMD has also announced their Zen-based server and HPC products: EPYC. These will have four Zen chips on a single package, and be available in single and dual CPU configurations. That means up to 32 cores / 64 threads per processor, and double that many in a system equipped with two of them. It also gives them 8 memory channels and 128 PCI-E lanes per processor. 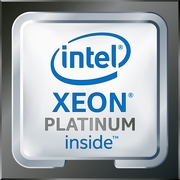 Intel's current server products, like the Xeon E5 and E7 chips, have 4 memory channels and support up to 40 PCI-E lanes each – but are available in 1, 2, and 4 processor configurations. Details are scarce on Intel's upcoming server processors, but we do know that they will be rebranding a bit to use metal names (bronze, silver, gold, and platinum) to describe product tiers – and surely some improvements will come to memory bandwidth and other features as well. If Intel does not improve on the PCI-E lane count per processor, though, that is an edge which AMD may be able to exploit in the ever-expanding machine learning sector. That branch of computing makes heavy use of GPUs, which connect to workstations and servers via PCI-Express, so having lots of lanes helps to support multiple GPUs per system.

The fight over consumer, workstation, and server / datacenter processors isn't just limited to the chips themselves. Branding and marketing are also big aspects of this fight, and AMD came out swinging there. Intel's top mainstream processor chipset released earlier this year is Z270, following on the heels of Z170 before it, but AMD named their chipset supporting the Ryzen line "X370". Moreover, Intel's current enthusiast / workstation chipset is X99, and the upcoming replacement will be X299… so of course AMD named the chipset supporting Threadripper "X399". There is no way that was a coincidence, as Intel is simply maintaining their naming schemes from previous generations but AMD's chipset designation is brand new, and not based on a continuation of any older product lines. That may look like a smart move now, but if Intel logically continues with Z370 and X399 chipset branding in the future then at some point this may cause a headache for customers trying to compare motherboards.

Should You Wait to See Who Wins?

At the end of the day, there is always some new tech around the corner in this industry. If you wait to buy a computer every time something new is announced, you'd never end up purchasing. But sometimes there are technologies and products worth waiting for… so are these new processors going to be worth the wait?

The answer to that, I think, depends on your situation. With so much upheaval in processors and chipsets, it will be many months before the battlefield settles and we can really say what products are the best. Moreover, a lot of the first-to-market motherboards may be missing key features that take longer to properly implement. If you need to upgrade your workstation or server in the near future, and especially if you need support for something specific like Thunderbolt, it might be best to stick with the current generation of technology which is well-established and widely available. Likewise, we don't know exactly when these new chips and chipsets will really materialize – and even once they are out, it will be a little while before full qualification can be done on them (testing for performance, feature compliance, and reliability). If you are on a deadline and cannot be flexible in how long you wait, then buying now will ensure you get a system that works well so you can reach your goals.

On the other hand, if you are still saving up and want to ensure that you get the best performance for your money – waiting in this case might not be a bad idea. I don't think we are looking at massive gains in speed, no doubling of performance or anything, but with the fierce competition between AMD and Intel you will definitely be able to get more performance for a lower price in a few months than you can today. If that is what you are waiting for, then stay tuned to our blogs and articles for more news in the coming weeks!