Why are we only using DDR4-2666 RAM with Threadripper?

For years, Puget Systems has primarily provided Intel-based workstations. This isn't because Intel gives us a bunch of money or because we hate AMD, it is simply that throughout this time Intel was the best choice for our customers. With AMD's Threadripper CPUs, however, this is finally changing as there is now a solid reason to choose AMD over Intel in a number of situations.

One thing that might appear odd to some is that we are sticking with just DDR4-2666 RAM for our Threadripper workstations. After all, almost every hardware review of Threadripper uses DDR4-3200 (although some downclocked the memory to 2666Mhz) and AMD seems to make a big deal about how their CPUs can use higher frequency RAM, so why are we limiting our systems to lower speed RAM? Are we just trying to hold AMD back because we secretly prefer Intel? The reason why we made this decision really comes down to a four key points: 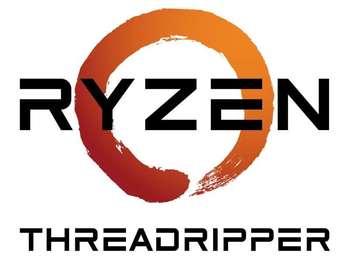 1) The official "Max System Memory Speed" specification for the current Threadripper CPUs is DDR4-2667 [source]. Why they decided to call it DDR4-2667 instead of DDR4-2666 like everyone else is unknown, but going outside of official specifications is something we try avoid doing unless there is an extremely compelling reason to do so.

2) Using RAM faster than the official specification voids AMD's warranty (as it is technically overclocking). To be fair, we haven't heard any reports of AMD refusing to warranty a CPU because of overclocking, but as a workstation manufacturer it is important for us to keep within the warranty terms whenever possible.

3) Higher frequency RAM is less stable. There are plenty of users running Threadripper at higher speeds than 2666MHz so this is  a point that some may disagree with. However, if you start to read around forums you will see that many of these users had to try multiple brands or models of memory to get one a configuration that is stable and they often have to tweak settings in the BIOS. Hardware enthusiasts building their own systems might be willing to take on this amount of extra work, but our customers typically do not want to have to mess around in the BIOS to get their computer stable. If we decided to use higher frequency RAM we would certainly do this work for our customers to ensure that any system leaving our door is rock solid, but things like overclocking often need to be fine tuned several times over the course of a system's life to stay stable.

4) There isn't a massive performance benefit to using higher frequency RAM. We have not tested this ourselves in great detail since the previous three points are enough by themselves to keep us from using higher frequency RAM, but the few reports we have seen and our own limited testing indicates at most a ~6% increase in performance with DDR4-3200 RAM over DDR4-2666. There has been testing with Ryzen 8 core CPUs that show a larger difference, but from what we have seen this does not translate to Threadripper. And while any increase in performance is nice, but in most cases this is not going to be a mind-blowing difference.

We know that many AMD fans are going to disagree with us on some of these points, but one thing we would encourage these readers to consider is this: If DDR4-3200 is actually stable and a good idea with Threadripper, why did AMD decide to only officially certify DDR4-2667? Even though the performance gains with DDR4-3200 are not massive, wouldn't having their CPUs perform 6% faster only help them to sell more processors? To our eyes, the only reason AMD would decide to take a 6% performance "hit" by limiting their official specification to DDR4-2667 is because they did not consider it to be stable.

In the end, what it boils down to is that our customers come to us because they need a computer that just works, and anything that increases the risk of bluescreens or other system instability is rarely worth a small increase in performance. If we were talking about twice the performance that would change things, but it doesn't take much to completely negate the benefit from any performance gain they would see with higher frequency RAM. A single system freeze that causes them to lose their last few hours of work or intermittent bluescreens that makes their system even a tiny bit unreliable is often more than enough. If you are building your own PC and are willing to take on the potential risks, go for it! But to us, this is one of those times where there is a clear difference between someone building their own PC who loves to tinker with hardware and users who simply need a workstation that lets them get their work done with minimal hassle and annoyance.

Looking for our Threadripper workstations?

As our systems are being sorted more and more by use-case rather than hardware specifications, it may not be clear where our Threadripper workstations are. At the time of this post, we have (or will soon to have) Threadripper configurations available for the following software packages: