Skip to content
Always look at the date when you read an article. Some of the content in this article is most likely out of date, as it was written on May 27, 2019. For newer information, see our more recent articles.

Pix4D is an advanced photogrammetry application, suited to a wide range of uses, with a focus on handling images captured by drone cameras. Processing of those images into point clouds and 3D meshes/textures is time-consuming, heavily using a computer's CPU and GPU. We have recently updated our benchmark tools for Pix4D, so lets take a look at how Intel's Core i7 and i9 processors stack up against AMD's Threadripper.

Note: When we started the testing for this article, version 4.3.33 was the latest non-preview release – but over the course of our testing 4.4.12 was launched. We will be doing testing with that version on a couple of CPUs in the near future, and then will post a comparison to see if performance has changed substantially compared to what is shown in this article. When that is ready, we will link to it here.

Update: The Pix4D 4.4 performance testing we mentioned above is complete, and you can read all about it here.

Here is a list of the hardware we tested Pix4D on. The video card and RAM capacity were kept the same across all platforms, to avoid either of those throwing off the comparison. All results included here are from after the recent Windows 10 security patch addressing MDS vulnerabilities in some Intel processors, but we did see a small increase in Core i7 9700K and i9 9900K performance when we moved to the newer Z390 motherboard – which helped offset some of the performance those chips lost because of the update. 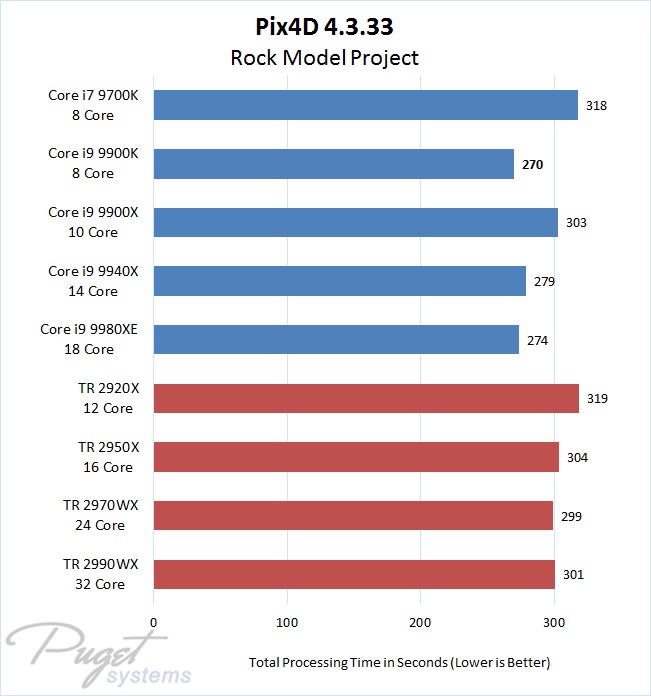 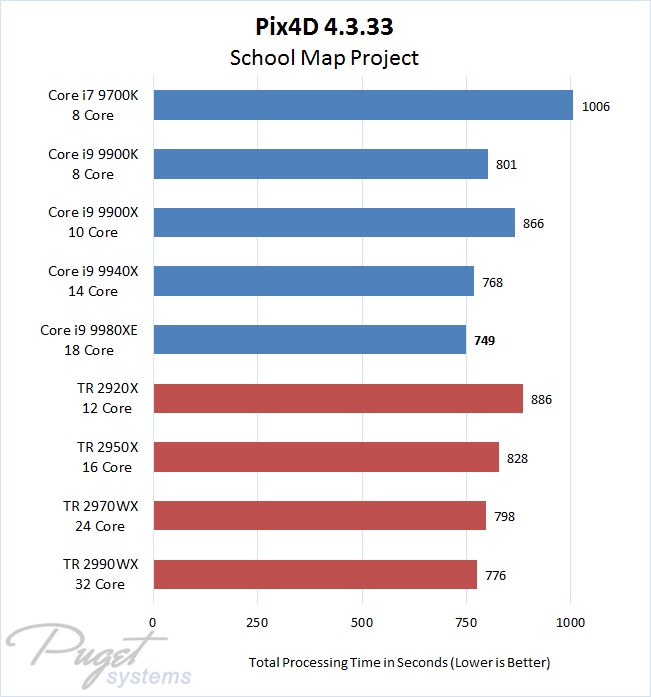 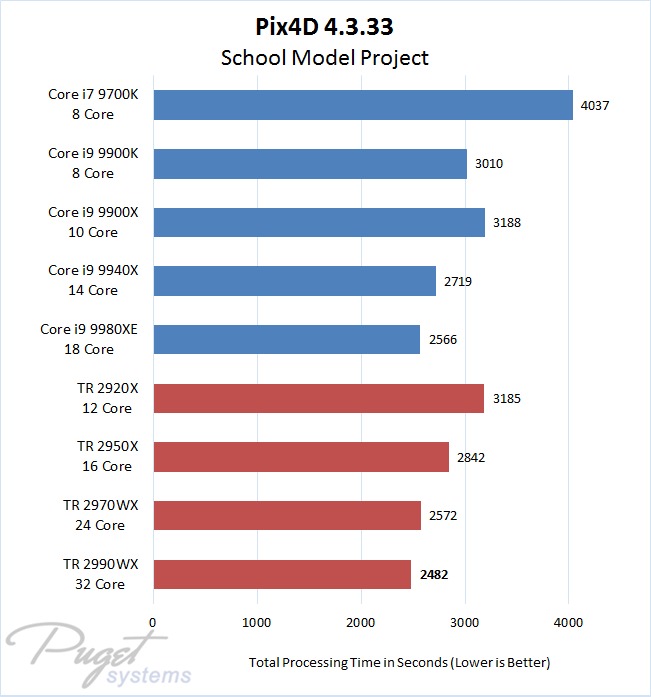 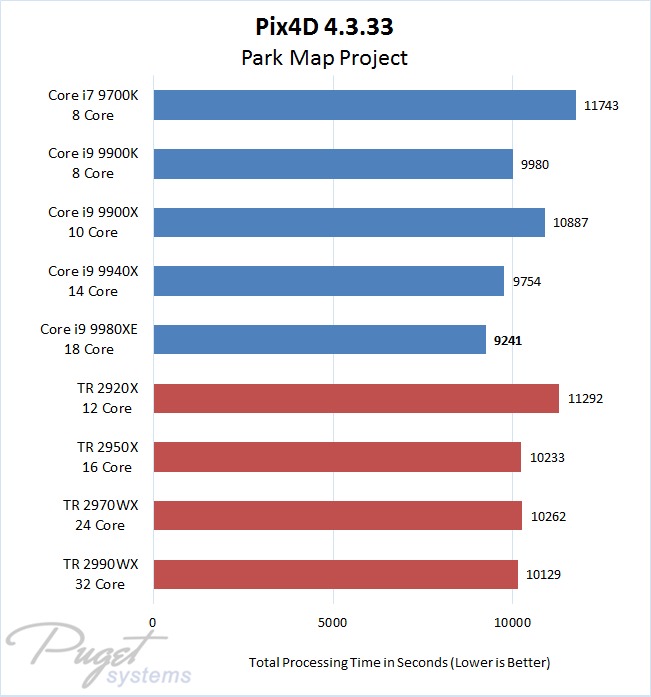 For those who want to dig further into the differences in how each CPU performs, here is a table showing the times for each step within Pix4D on each of the image sets:

Performance is all over the place, with no clear winner across all of the projects we tested. However, there are a couple of principles that appear to be at work:

With small models, then, the Core i9 9900K wins out – presumably because the impact of additional cores is not substantial enough with such short processing time. Larger models swing in favor of core count, handing AMD's Threadripper 2990WX its only win in this article.

Maps, on the other hand, need a good balance between core count and clock speed. As such, Intel's Core i9 9980XE won out on both of those projects. If you work primarily with maps, that would appear to be the best choice out of the processors we tested. It was also close behind the other winners, taking second place to them in both the smaller and larger model projects.

Based on the data above, our recommended CPUs for Pix4D are as follows:

We will be updating our recommended systems for Pix4D based on this data shortly, and will also be releasing articles comparing video card performance and checking to see if version 4.4 is any faster (or slower) than 4.3 in the near future – so stay tuned!