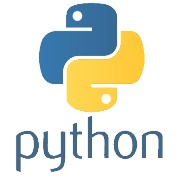 Python, Python,Python … I have seen Python mentioned more in past year than any time since it’s creation. You could make a good argument that it is one of the most important programming languages today. It has an enormous number of uses in general and specifically,it is very compelling to consider using it for Data Analytics and Machine Learning since it has some excellent tools and API’s in that domain. Following is a bit of the Lore of Python and arguments for why you would want to consider using it.

A Brief History of Python

I think the following quote from Guido van Rossumsays a lot about him and hints at why Python is a great programming language.

…in December 1989, I was looking for a “hobby” programming project that would keep me occupied during the week around Christmas. My office … would be closed, but I had a home computer, and not much else on my hands. I decided to write an interpreter for the new scripting language I had been thinking about lately: a descendant of ABC that would appeal to Unix/C hackers. I chose Python as a working title for the project, being in a slightly irreverent mood (and a big fan of Monty Python’s Flying Circus). 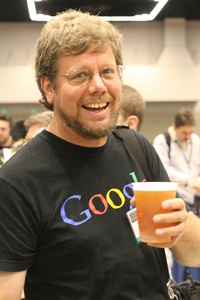 Guido van Rossum is the, happily accepted, benevolent dictator for life (BDFL) of Python. He is one of those rare individuals that has both the intellect and personality to keep a project like Python from becoming a “Dead Parrot” ( That link is to a classic skit, what can I say, I’m a Monty Python fan too :-).

I remember compiling Python from source in the early 1990’s, trying it out and thinking, OK this is kind of cool — A nice “C” like scripting language that runs in an interpreter loop. I then went back to using Perl and shell scripts for that sort of thing. By the time version 2 was released in 2000 Python had become an important general purpose programming language and was being widely used for critical applications including “system code” like RedHat’s Linux install application. By this time nearly every Linux and UNIX distribution had a Python install in the base OS packages. Since then Python has seen rapid, continuous growth and wide adoption. It runs on most operating systems including Linux, Windows, and MacOS. There is a lot of Python 2 code ( currently at version 2.7 ) running in important places. The version 2 branch should be supported until 2020. You can look at pythonclock.org for an unofficial countdown ( yes, it’s important enough to warrant that clock but 20 years is long enough).

Why the concern about Python 2? Python 3 was released in 2008! Python 3 was an opportunity for van Rossum to make a decision that only a “BDFL” can make. Break some backward compatibility on a very successful project. Python 2 was solid but there were some inconsistencies and things that could just be better. So he did it. Python 3 is a better Python! [ One case where you might need to use Python 2 is if you have to support an “ancient” system OS that doesn’t have Python 3 and you have no control over that. Another case would be having to use some legacy version 2 code and you don’t have any control over that either. ] The best argument for Python 3 is probably this,

Short version: Python 2.x is legacy, Python 3.x is the present and future of the language

Why should you Use/Learn Python?

In my next post on Python I’ll go through installing and getting started using Anaconda Python on Ubuntu Linux 16.04 and Windows 10.