Skip to content
Always look at the date when you read an article. Some of the content in this article is most likely out of date, as it was written on August 13, 2018. For newer information, see V-Ray CPU Rendering: AMD Threadripper 2990WX Takes the Single CPU Performance Crown

Chaos Group also publishes a benchmark utility for V-Ray, which can test both CPU and GPU performance. This is a fantastic utility for comparing different processors and video cards, and we run it here at Puget Systems on every workstation we build. We also run it on new and upcoming hardware in Labs, to see how well various components should perform with V-Ray rendering. For this article, we used it to measure CPU-based rendering performance on AMD's new Threadripper 2 processor: the 32-core 2990WX. 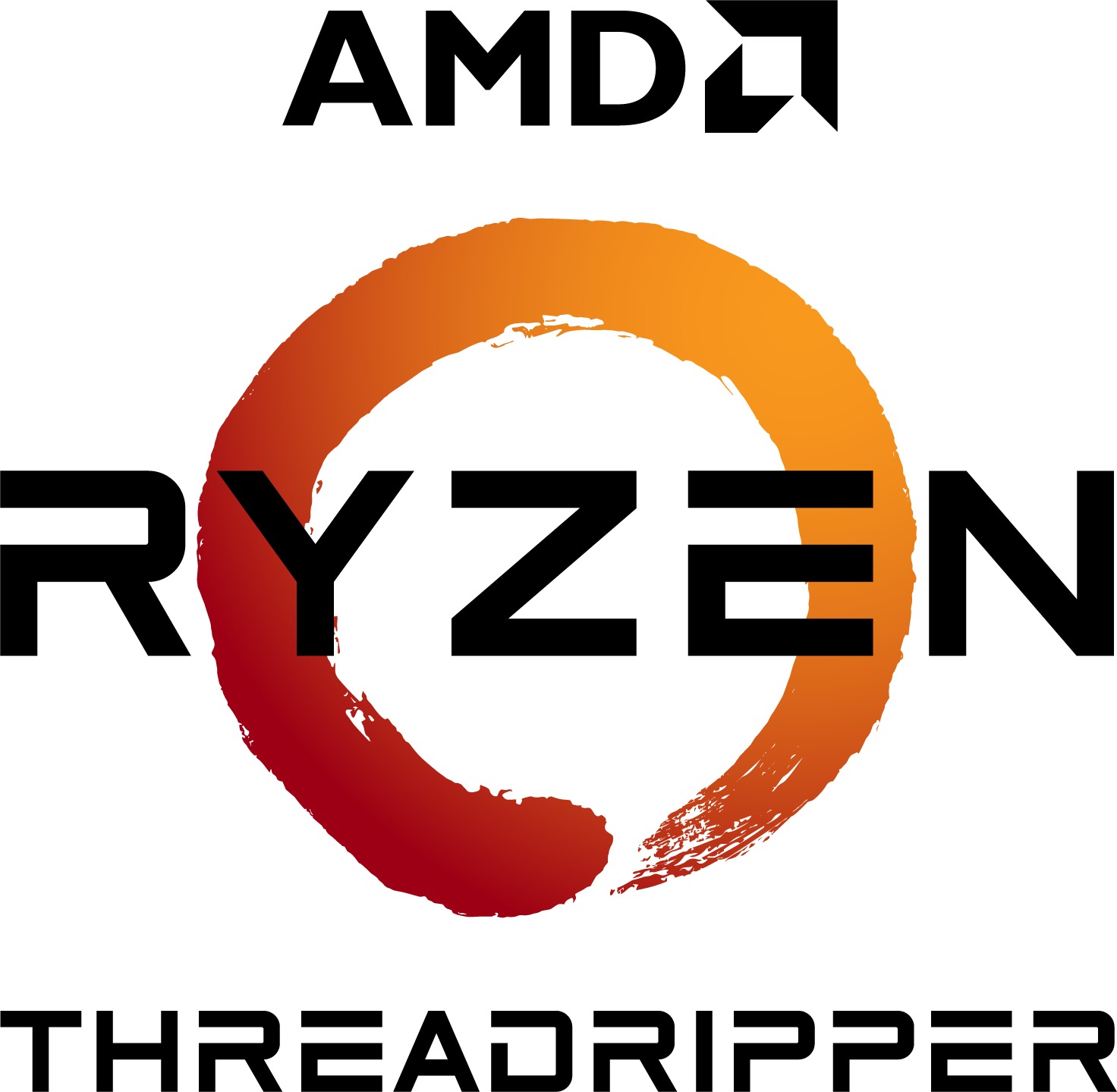 This is AMD's second generation of processors in the Threadripper line, so to see how it performs in V-Ray we are also taking a look at the flagship of the first generation: the 16-core 1950X. For comparison we've also got several models from Intel's Core i7 and i9 series, as well as a few dual-CPU configurations using the Xeon Scalable line. Some of these results were pulled from previous V-Ray articles.

Here are the results for the various individual CPUs we tested in V-Ray Benchmark 1.0.8, with AMD models in red and Intel in blue: 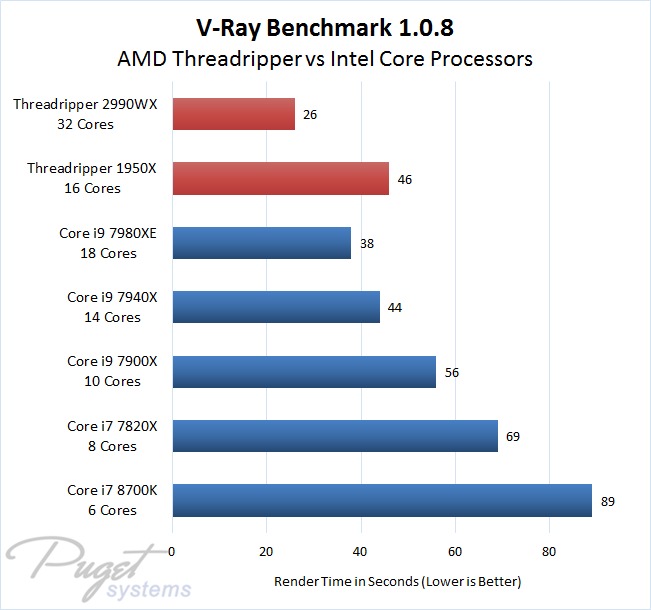 To avoid too complex of a chart, we separated out the dual-CPU Xeon results. They are shown below, with the same single-CPU AMD Threadripper chips in red again – and, of course, Intel's Xeons in blue: 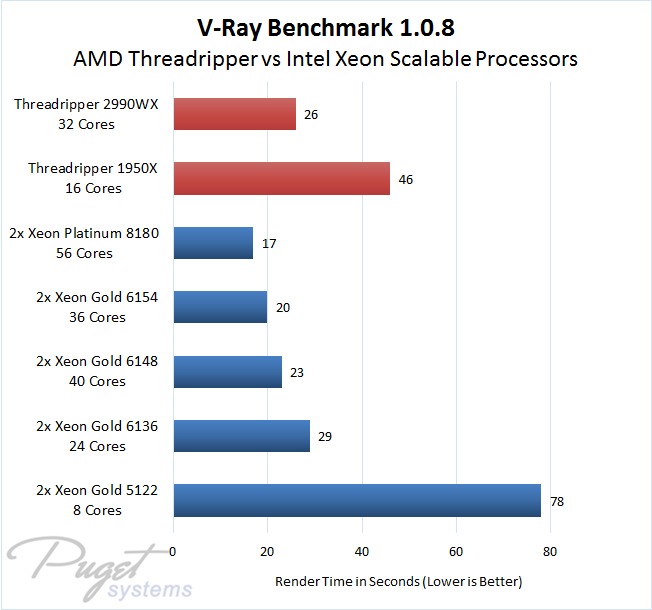 Looking at the second chart, Intel can take back the absolute performance crown by ramping up to two physical CPUs with the Xeon Scalable series… but that doesn't tell the whole story. Yes, a pair of Xeon Gold 6148 chips will outpace a single 2990WX from AMD – but those Xeon processors costs over $3000 MSRP each! The less costly pair of Xeon Gold 6136 chips was actually slower than the 2990WX, even though they still cost over $2000 each – making them more than twice the price of AMD's faster solution, and that is before you factor in a larger and more expensive motherboard, case, power supply, etc.

As demonstrated above, the new AMD Threadripper 2 processor takes the crown for top single-socket performance in V-Ray's CPU benchmark. Not only is the 2990WX the fastest single-processor solution, it is also less expensive than many slower options from Intel (both on the single- and dual-CPU sides). This is a bit of a niche, where all 32 cores in this chip are fully utilized, but for CPU-based rendering, the only way to beat AMD's Threadripper 2990WX at this point in time is by spending many thousands of dollars more.

You can see the specific configurations we recommend for V-Ray (both CPU and GPU engines) below. The 1 CPU / 1-4 GPU variant uses AMD's Threadripper processors and should be updated to offer the 2990WX once it passes our hardware qualification process.