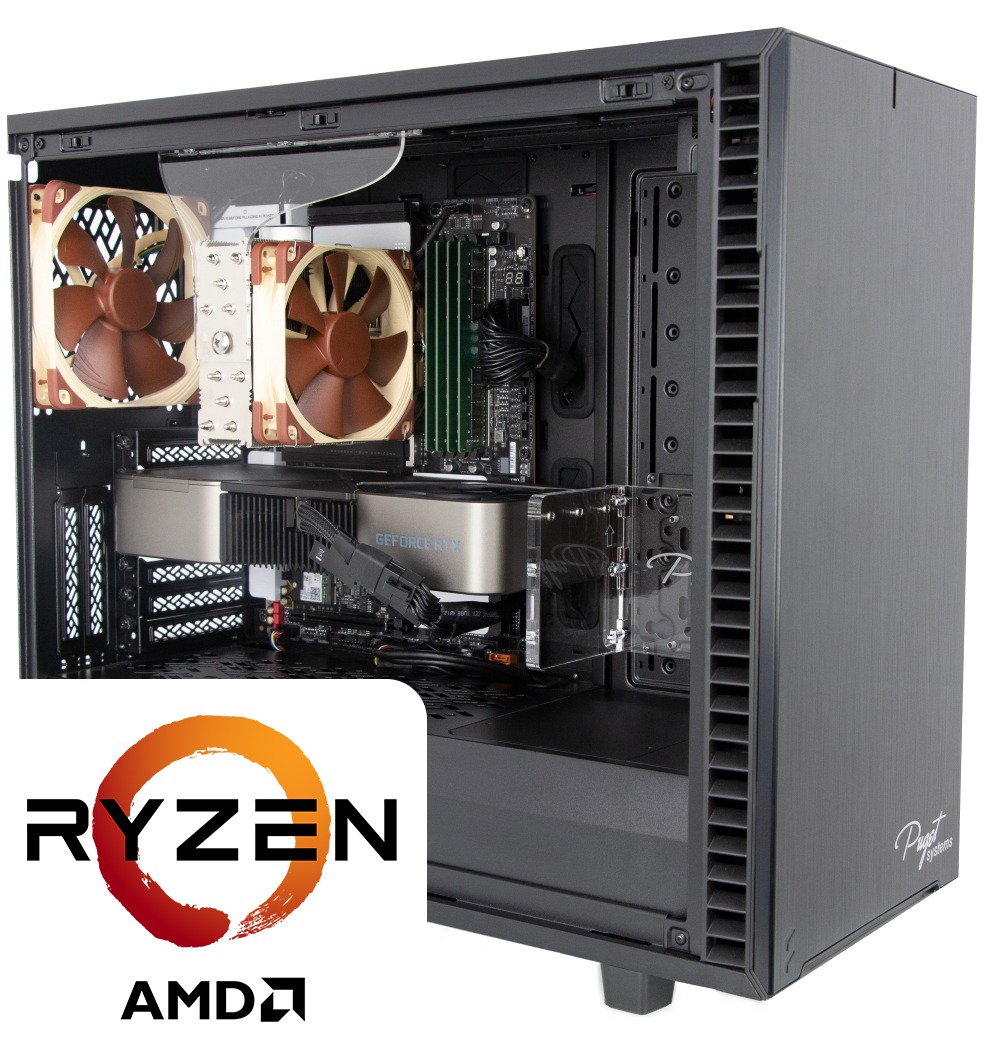 Puget Systems lab technicians, through extensive and thorough testing, found that the AMD Ryzen 5000 series CPUs offer significant value in a wide range of applications, including photography, post production, game development, photogrammetry and rendering, to name a few. In testing performance benchmarks comparing the AMD Ryzen 5000 against the Intel Core i5 and Core i9 in average content creation workloads, Puget Systems discovered the Ryzen 5000 series consistently outperformed the Intel Core i5 and Core i9 processors with the following percentage performance gains:

These findings were a key factor for the Puget Systems Labs team decision to add the AMD Ryzen 5000 series to their offering, as increasingly, customer demand for custom workstations optimized for increasingly demanding content creation systems has risen significantly in 2020.

Puget Systems custom workstations with AMD Ryzen 5000 series are available for immediate configuration for a wide range of applications. To learn more or to speak with one of our technology consultants, please visit www.pugetsystems.com.