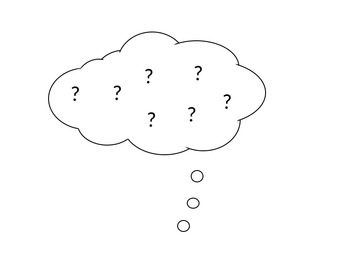 The saying commonly goes something like this, "Opinions are like belly buttons. Everybody has one." Okay, I've only ever heard it that way when talking to a child, but you know how the saying actually goes. Opinions are incredibly easy to have. Worse, we're expected to have one in virtually every situation. I recall my high school history teaching imparting to us just how important that was. "If there's one thing that you learn from me, it should be that it's important to have an opinion." Personally, I thought I was there to learn history, but what did I know?

Opinions are troublesome. Because we're often expected to have opinions on everything, it's dangerous to tell people that you just don't have one. I'm a "view things from every angle" sort of guy, and I do my best to always remain open to other points of view. The world is a complicated place, and one of my biggest frustrations is how so many people tend to assume that they know enough of how all these complex bits work and how they fit together. No matter what, odds are you don't. And this ties even into relatively simple things. For example, building computers.

Some folks think that computers and the ecosystem surround them are entirely fact-based. There's things you are supposed to do and things you aren't supposed to do. I've still got folks who ask me how often they should manually defragment their system. Windows has been doing this as a default automatically since at least Vista, and it isn't really required anymore. In addition, if you're using an SSD, there's little need to defragment the drive. Background TRIM has existed in Windows since Windows 7, and it ensures drive performance on SSDs. The details can complicate things a bit more, but the point is that in the vast majority of cases, there is little reason to worry about defragmenting your disk drives.

These scenarios are reasonably common. I've run into plenty of people who were convinced that an AMD or NVIDIA video card was better because of one particular reason. They ignore that other people might have different priorities. Both AMD and NVIDIA have had their share of driver problems. On the higher end cards, we typically see more reliability problems with AMD, but NVIDIA has had some problems of their own on occasion. Overall performance, and bang for the buck, will vary a lot over time. At Puget Systems, we tend to value reliability. So for high end cards, even when AMD has had a slight price to performance edge, we've tended to support NVIDIA cards. This is an opinion that comes from a particular point of view, and if one of our customers asked, we can back that up and explain why we reach that position. I've talked to professed "experts" who would claim that AMD or NVIDIA was better, citing only one particular point (price, performance, driver stability, reliability), and ignoring all of the other points entirely. They'd never think to mention the other values at all.

I've been working with computers my entire adult life. I studied programming in college, and ended up falling into tech support. I've been doing that for a little over a decade now, and I've worked with a variety of computers. But up until a year or so ago, when it came to computers, I'd still have trouble giving out my opinions! This can be a huge problem in my position. I've had customers call me up asking for advice regarding a variety of issues. Lots of them don't like it much when you can't, "give them a straight answer." Yes, I'd be able to provide a fairly complicated and nuanced response regarding their problems. I'd give them the pros and cons of a particular decision, but ultimately, I'd leave the decision up to them. Enter our new manager - Chris Stephens.

Along with the usual changes in management, we started to see quite a few new business altruisms. Little bits of cognitive rhetoric designed to change how the group thinks and (hopefully) make us better able to do our jobs. And among those bits, one of the reminders was, "it's important to have an opinion." Confronted with this rather loathsome mimetic ideal, I hoped it was the sort of thing that would be brought up a few times and then quickly discarded as more important things took the forefront of our discussions. This never happened.

No! It came up over and over. I'm sure I remember it more than it actually happened, but it felt like it was a key point in virtually every meeting. We are experts! The typical employee at Puget Systems has an extensive technical background. We've got folks with lengthy desktop support records, we've got folks who have worked with networking, server management, programming, and electronics. We've even got a bit of technical design, thanks to our need to create bits and pieces for our own hardware needs. Since we're a small company, it's possible for any one of us to call, text, or physically talk to nearly everybody else in the company. With that available, and with my own technical experience, I should be able to give a solid opinion regarding nearly anything a customer asks.

So it began. I started giving concise opinions. Instead of giving long, complicated answers to questions, I just told customers straight up what I thought, without expecting them to make decisions for themselves. It's working out well for me. Great example: I sometimes get customers who ask what antivirus to use. Previously, I'd often respond with something along the lines of, "It's really complicated, as that's going to vary over time and what you're looking for. I'd recommend looking up different antivirus reviews and going from there. Maybe try out av-test.org or av-comparatives.org." Now, I give a much better answer. "Bitdefender or Kaspersky. But that changes all the time, so use a site like av-test.org or av-comparatives.org in the future to see what's best." It's still got some depth to it, but I've actually given somebody a useful answer. There are other good answers to that question, but I can feel safe knowing that I've given out a good answer, and my customer is happy because I've helped them out. Win-win!

It's working out for me. It saves me time. No need to create a long discussion for things that don't need it. On top of that, people respond better to somebody who just gives them an answer without any fluff. Some folks want the nitty-gritty, but the vast majority of people I talk to just want me to get them where they're going and then move on with their day. Being able to provide that makes my customers happier, and it makes me look better. I also have the happy knowledge that the opinions I do give out will be informed, which is a far cry from many, even in the computers field. Finally, just expressing an opinion helps me out. It reinforces my own feeling of qualification. I know what I'm doing, but acting that out by giving an opinion makes me realize that it's something I can rely on.

So that's it. I've embraced it. It's important to have an opinion. I make sure to have backing for it. If I don't know, I say just that. If I'm not sure, I check with a coworker. But I have an opinion.