Confusion Regarding Product Specifications -Part One

A question some might wonder about is how do you know if you can trust specifications on a specific part to be accurate? A year or so ago, there was an issue with the specifications on nVidia's GTX 970 cards. Some people had found lower than expected performance on the upper half of the VRAM. After some investigation, they revealed that their marketing team did not quite fully understand what the exact specifications were. So they published their GPU as having better specs than it really had. What that meant is that some people who bought the GPU were expecting one thing and received another. How do you know that because Intel's website or Puget's website report some specifications, that they can be trusted? 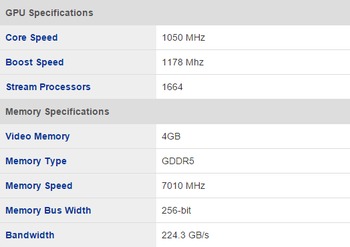 I wanted to bring to light something that not everyone probably thinks about, and that is that you cannot trust everything you read. WHAT!!? Yes, I know, you probably already learned that from trying to use Wikipedia (bless them) as a resource for a paper in school.

In part one of this series, and the parts that follow, I will have several different categories of components that I am going to go into and what some industry confusion is surrounding them.

Capacity - What is a Terabyte(TB)? What is a Gigabyte(GB)? If you installed a large hard drive and then go to use it, it ends up having MUCH less space than you were told you would have. 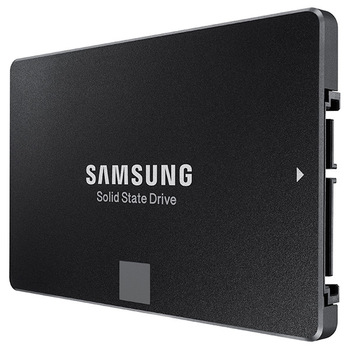 What this boils down to is this is lie that everyone has adopted as truth. Do we sell 6TB hard drives? Well, no, we sell 5.45TB hard drives. The hard part is, the WHOLE industry (manufacturers, retailers, software, other hardware) refers to them as that, so it we decided to suddenly start referring to 6TB hard drives as 5.45 drives and see if we started a trend in the industry. It would sort of be like using the American Measurement system instead of Metric like most of the rest of the world. It would just add confusion and inefficiency. So what do we as a company and you as consumers do? We go along with this lie as if it was fact. And for all intents and purposes, if enough people believe something, it in a way becomes fact. So do we sell 6TB hard drives? By 99.999% of the worlds definition, yes!

Speed (MB/s) - If you take a look at the drive specs that are out there on the market, you will typically see what their sequential read and write speeds are. This is usually measured in Megabytes per second or MB/s. A good Solid State Drive (SSD) may have a sequential read speed of 550 MB/s and a good traditional platter hard drive may have a sequential read speed of 184 MB/s, but that does not mean the SSD will only be a little over twice as fast. In large files, yes that would be a close estimate. But in small day to day operations it is actually much much faster than the platter hard drive. Random seek time is the main difference here. You may have heard the term Input/Output Operations Per Second (IOPS) A good SATA SSD may be capable of performing 100,000 IOPS while a platter hard drive may only be capable of 300. This is why copying a single large file will take only about twice as long but a bunch of little files will take much much longer.

"I chose a quad core CPU that is 3GHz. Does that mean it is good?"

Unfortunately the answer to that question is actually more complicated than you would think! There are dual core CPUs with less GHz that would perform better in some situations. "Why?" you ask? Lets get to it!

So a CPU is defined by many things. I will only be going into a few facets of CPUs here to better educate on some misunderstandings:

Base Frequency - Base frequency is the clock rate which every core of the CPU can sustain under normal circumstances. When referring to how many GHz a CPU is, this is usually what someone is talking about. Different types of CPUs can do varying amounts of Instructions per clock, though. So this metric is only useful for comparison when comparing in the same family of CPU from the same brand, and there can be as much as a 10-20% difference between two generations of processors with the same clock speed.

Turbo Frequency - Turbo frequency is the frequency some or all cores can achieve above it's base frequency from time to time to allow for short term performance bursts. Turbo works differently for each family of CPUs. Sometimes all cores can turbo to a certain amount. Other times, only a specific number of cores can turbo to the turbo frequency. Some lower-end processor don't have a turbo feature at all. It is not as straightforward as CPU1's turbo number compared to CPU2's.

Cores - The definition of a CPU core differs depending on which CPU company you ask. A simple way to refer to it is each "brain" that handles instructions. Onboard GPUs and math co-processors are typically ignored when referring to "cores". AMD and Intel cores are designed completely differently. For instance, in the Bulldozer architecture (which currently is AMD's latest) two AMD core shares instruction fetch, decode, floating point units, and L2 Cache. While having two of these cores may be better than one Intel core in some situations, they are never equivalent to two Intel cores. If you compare just one core from each of them side by side, Intel's design will be better for sheer performance.

Cache - You might look at a CPU such as the Intel Core i7-6700 (Skylake architecture) and see that it has 8MB of cache, but what does that mean? Cache is very, very fast CPU memory that is sort of like your computer's RAM - except instead of storing a lot of information, the cache just stores little bits of data for the cores. In this case, that 8MB is shared by all 4 cores of the CPU. This is also known as L3 cache. It is usually a decent amount which is why both Intel and AMD advertise their L3 (shared across the CPU). But inside that same Core i7-6700 you also have L2 cache of 256KB per core and L1 cache of 32KB per core. The L3 cache speed is about twice as fast as RAM, the L2 performs about twice as fast as L3, and the L1 cache is really high level in the CPU and performs about twice the speed of L2 - about 10 times faster than RAM speed. In an AMD FX-8150 chip (Bulldozer architecture), you may have 2MB of L2 and 64KB of L1. So the fact that they both the AMD and the Intel chip have 8MB of L3 cache may not equate properly! Keep in mind the speeds of cache memory across brands differs but you get my point.

Thermal Design Power (TDP) - TDP is the is the amount of heat that a CPU can get rid of without throttling or shutting down to protect itself. This is typically listed in Watts as heat is directly related to power. Every CPU will have different cooling requirements, which in smaller form factors such as laptops or small form desktops can be a problem. To get rid of CPU heat you need a cooler, and if you have a thin chassis like a laptop your cooler can only be so large - which means you can only dissipate so much heat. What that means is that if your CPU is producing too much heat during its performance, and it cannot produce more without overheating, it will throttle down it's speed to run at a lower frequency. This cuts your performance in order to allow the CPU to cool down. We have found that in some small form factor situations, low wattage (low heat) CPUs which look like they should have lower performance can actually perform better than higher speed / wattage CPUs due to throttling.

If you are looking for a new computer and have questions about any of this, we are more than happy to help. We can walk you through the parts and specifications, and get you into the system you actually need instead of what the industry or media might make you think you need. You can reach us at consulting@pugetsystems.com or 1-888-748-3872.

In part two in this series which is coming soon, I will be discussing graphics cards (GPUs) and memory (RAM).

Richard, semi-relatedly, I'd love to see a post explaining what the Skylake Xeon E3s are. Skylake Xeons are supposed to come in 2017, but these E3s are out already. Are they for workstations only? Would any laws of man or computing be broken if we used them for servers? (Which raises the deeper question of what makes Xeon...Xeon, or what makes for a server CPU, besides ECC...)

I hate how intel calls some most of their mobile cpus i5/i7s despite them only having 2 cores. I know it's done for power consumption reasons but it still seems too deceptive for me. i3 - 2c/4t, i5 - 4c/4t, i7 - 4c/8t (and an affordable i9 with 8c/16t and no gpu would be nice for a desktop but that's not happening until they have some actual competition). Amd and intel cores aren't really comparable either since the architecture is completely different.... 1 amd module isn't really equal to either 2 intel cores without hyperthreading or to 1 Intel core with hyper threading... it's somewhere in between (talking about what is actually present on the chip.... with hyper threading only a few registers are doubled so the chip can keep track of two threads at once while with amds approach more execution resources are doubled, but many are still shared so I guess you could say 1 Amd module is equal to 1.5 Intel cores... performance wise amd is in a bad place right now... I hope they fix their chips but they've fallen so much behind that I find it unlikely... maybe Arm will make a chip that can compete with Intel on the desktop but that's also doubtful... IMB's newest Power cores are pretty good but too expensive + there is the whole issue of x86 licensing since without x86 support you loose a lot of sw (even open source code often can't be just recompiled for a new architecture due to various assumptions the devs made during development, and closed source sw..... well even if the company that made it is willing to make/still exists a version for another architecture they'll want to charge more money for it.... and emulation might work for old sw, but will be too slow for anything not ancient unless this new chip is 100x times faster which isn't happening). So saying Amd has 8 core, 6 core and 4 core cpus is a bit too deceptive as well.